STEREOHYPE | AFOMFS PACKAGING SHOELACE
FL@33's sister-company Stereohype – London-based online boutique, T-shirt and button badge label – teamed up with long-time collaborator Nathan Gale of Intercity and his brilliant Art & Sole blog.
___ Nathan has been curating a beautiful print series called AFOMFS (A Few Of My Favourite Sneakers) inviting talents from around the world to submit their sneaker artworks. A selection of 48 of these trainer artworks created by 18 sneaker-loving illustrators and artists have now been produced and released by Stereohype as classic 1" (25mm) button badges.
___ FL@33 developed numerous button badge packaging solutions since launching Stereohype in 2004 including themed badge sets, swing tag solutions and luxury gift boxes – but attaching button badges to a custom shoelace is a first for us. While stock lasts all AFOMFS orders come with the custom shoelace. Badges are available separately, as sets of 3 or 4 and also as complete AFOMFS series. The limited edition shoelace features a repeat pattern of the Stereohype and Art & Sole logos and AFOMFS.
___ Stereohype's popular and ever-growing button badge collection includes over 1,700 'mobile mini canvases' created by over 600 emerging and established talents from around the world.
___ Art & Sole is both – a blog and a book FL@33 also appears in.
___ An additional FL@33-designed AFOMFS packaging was added to Stereohype's range a few months later. Have a closer look at the AFOMFS limited edition gift boxes.

PRESS CLIPPINGS AND FEEDBACK
(...) The new A Few of my Favourite Sneakers (AFOMFS) badge series may make you gaze fondly at the foot-ware you’re currently sporting or rustle up some nostalgia. (...) This special shoelace caught my attention because it (pun alert) tied the entire project together. (...) Melissa Mazzoleni, How

(...) I like the prints very much – the paper and print quality are really excellent. That whole project is so interesting – I'm amazed at the number and variety of the badges, and very impressed by the quality of presentation. I'm happy to have been able to take part in it! (...) Dan Fern 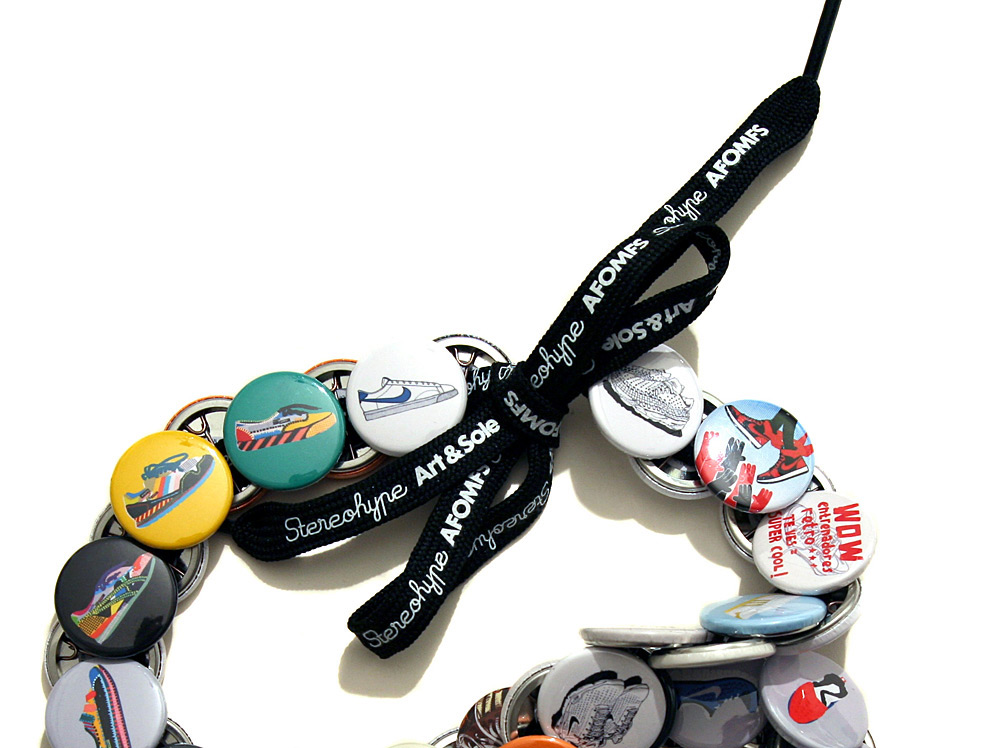 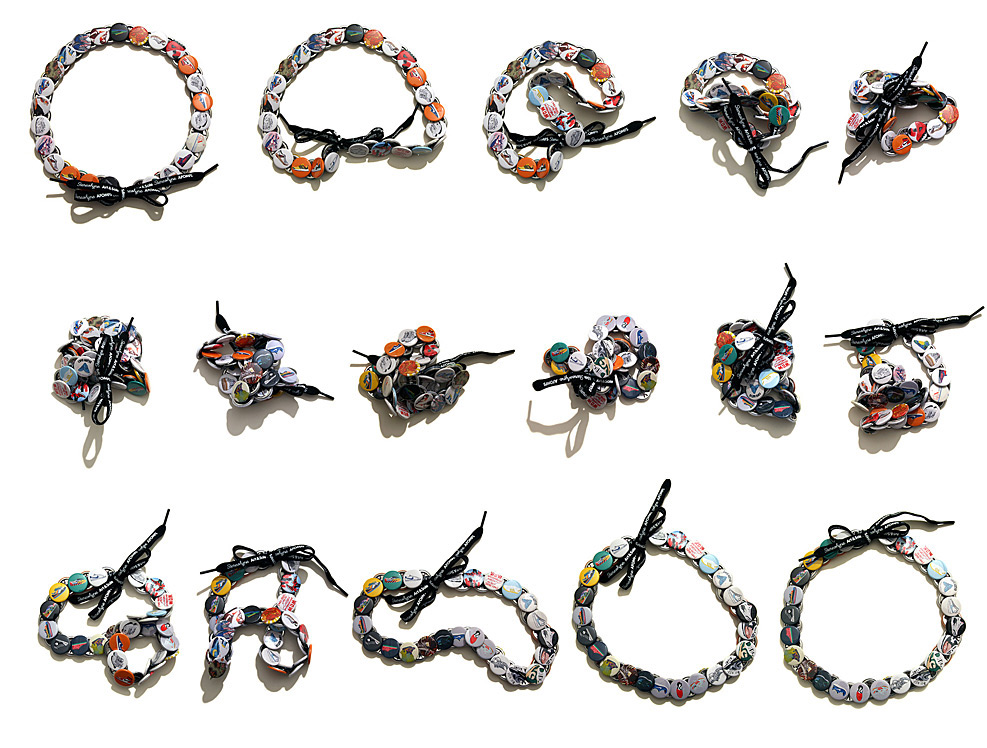 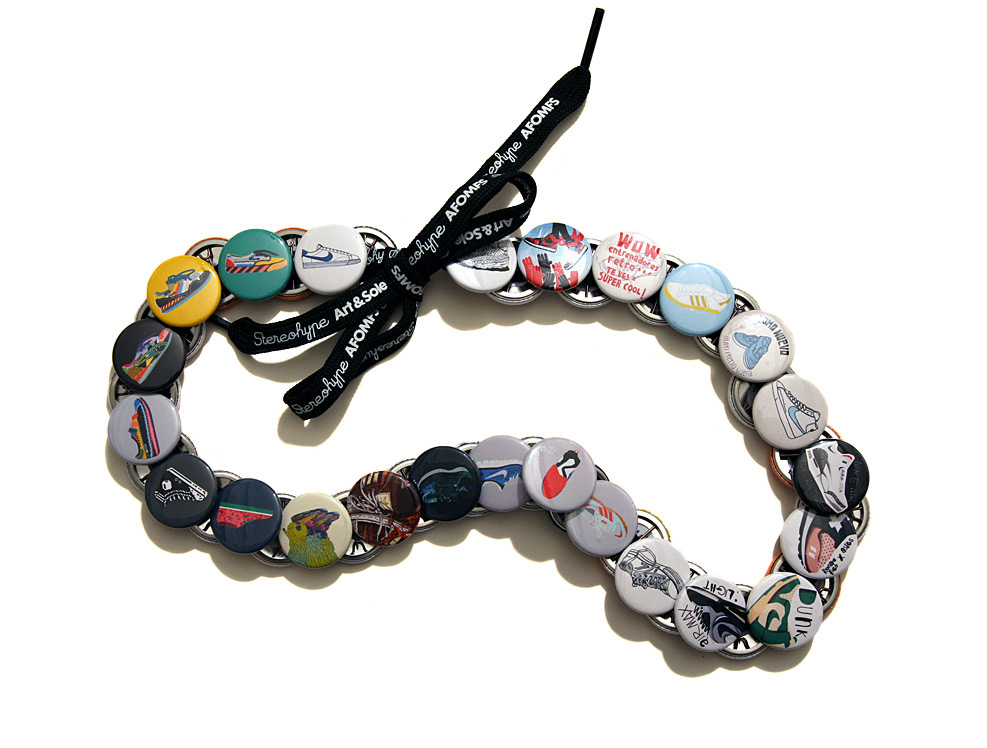 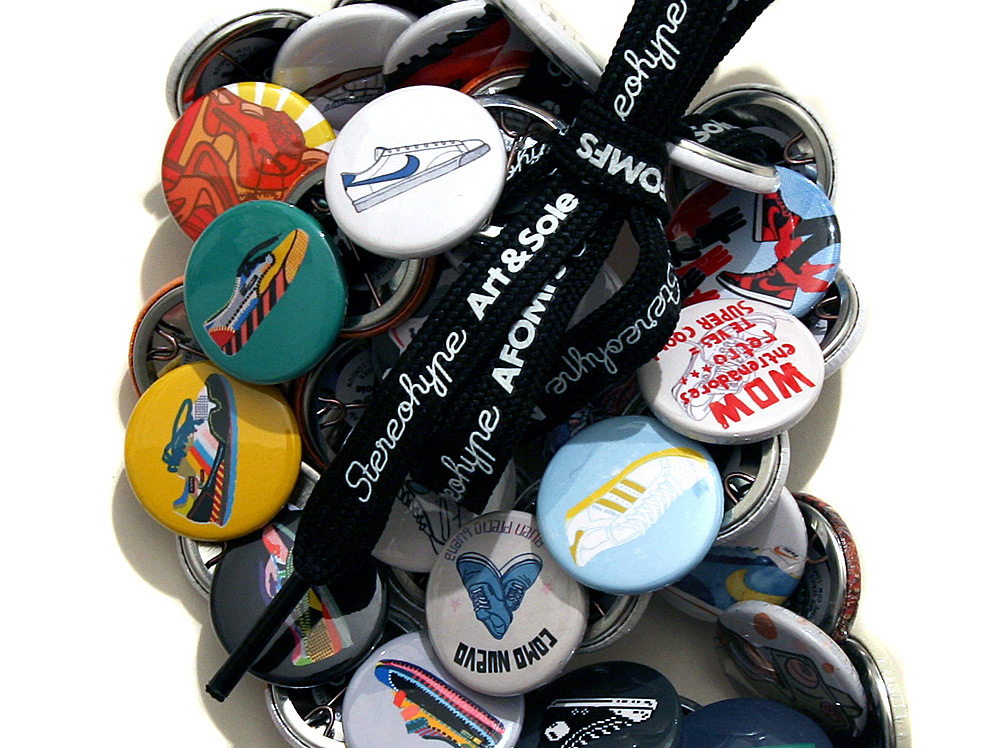 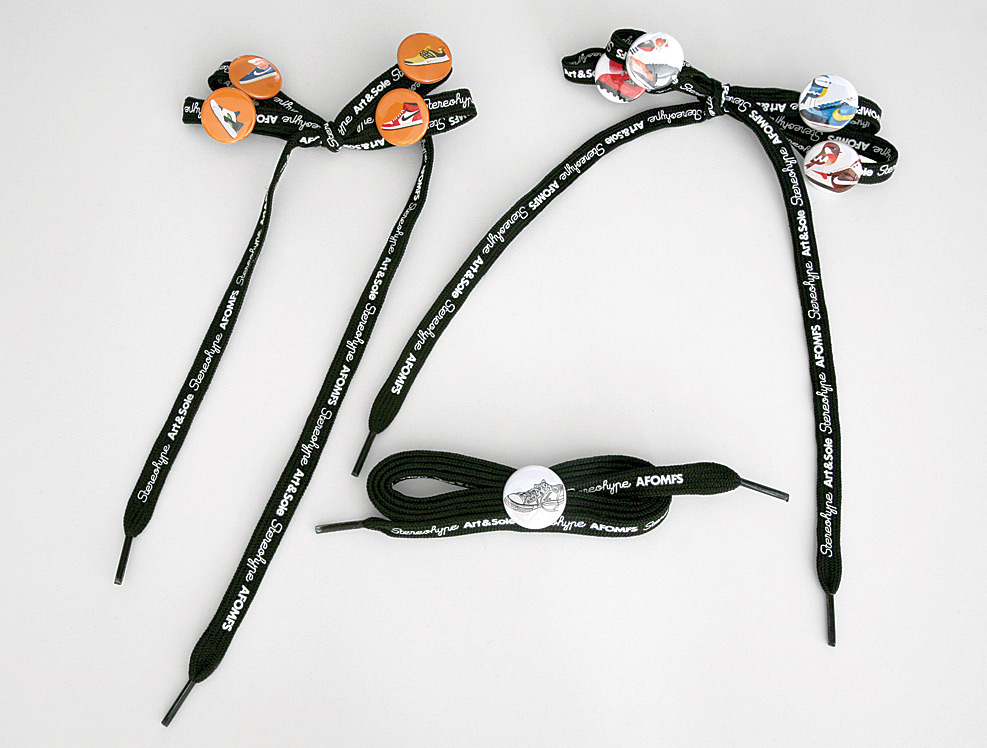 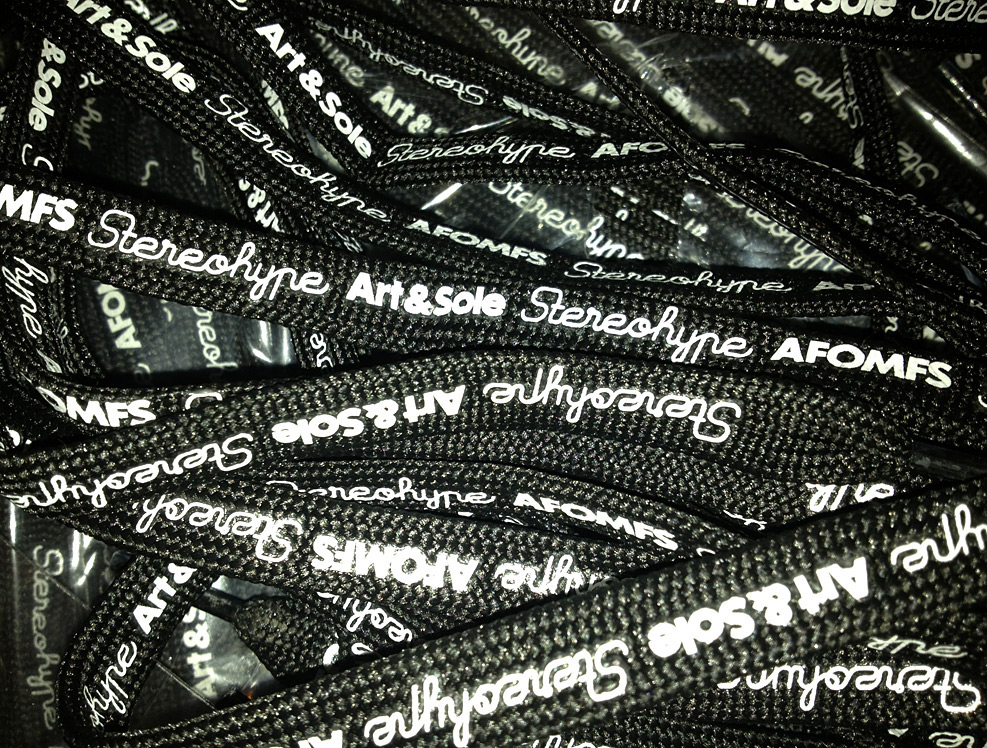 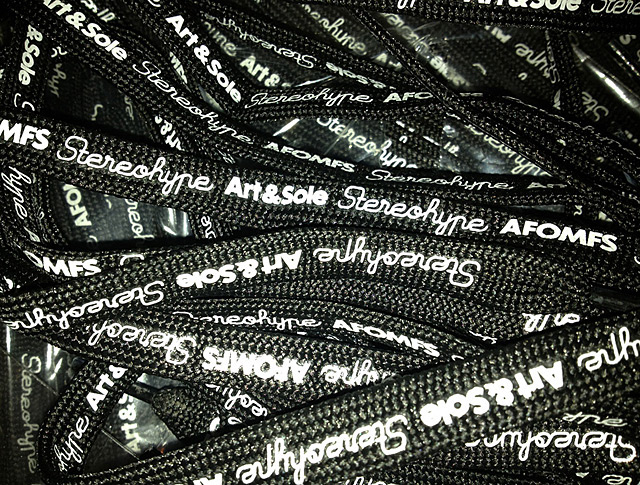 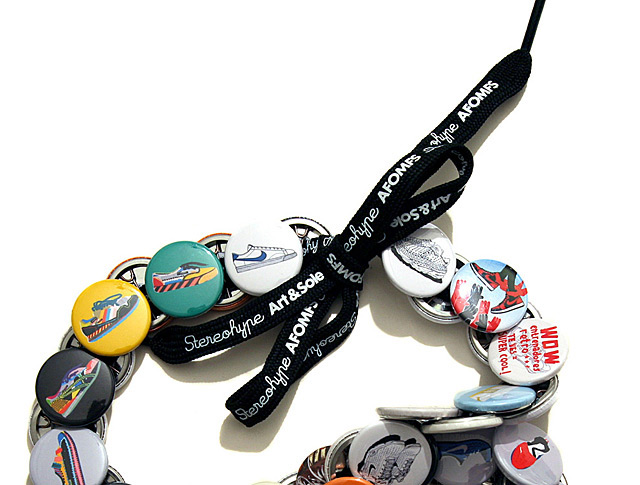 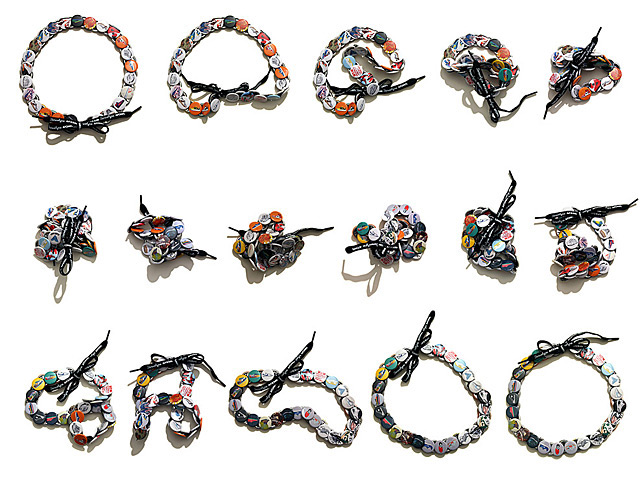 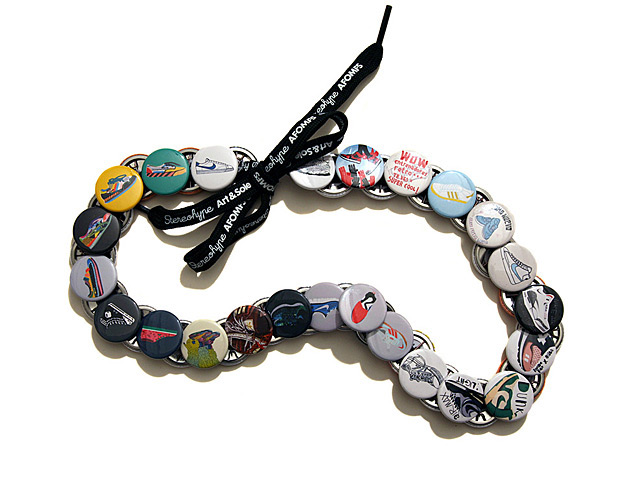 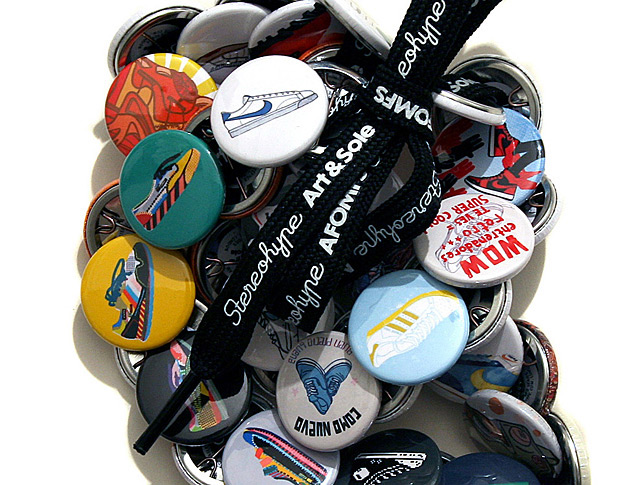 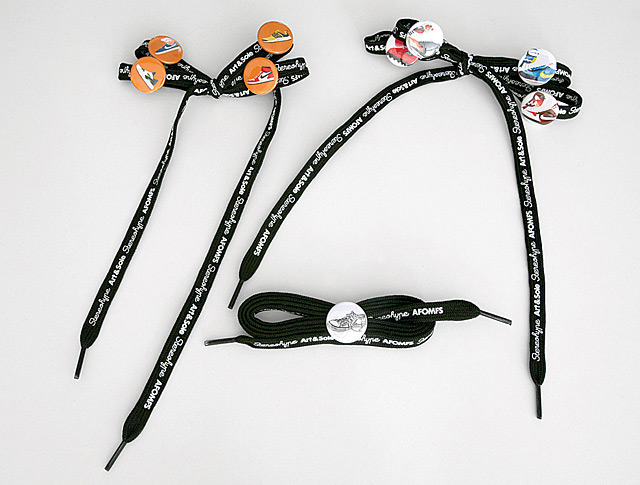 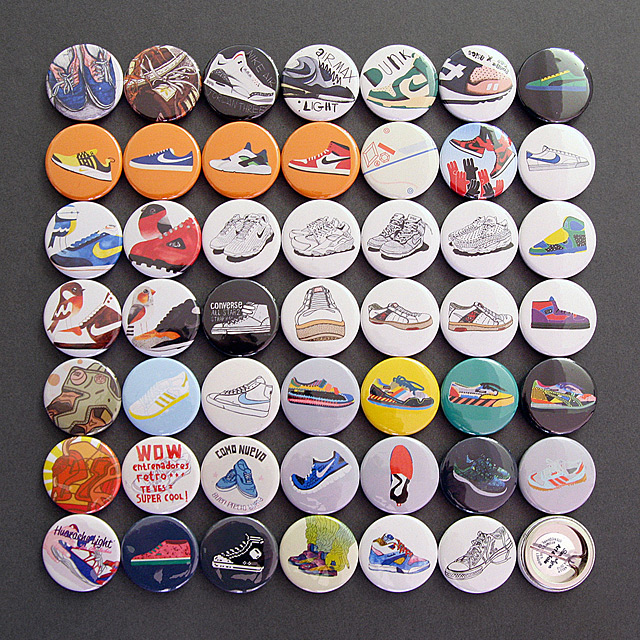