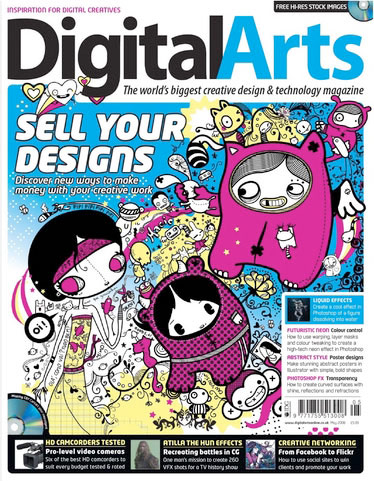 SELL YOUR DESIGNS
|p.22| (…) Some designers and boutique agencies prefer to set up and run their own shops to sell their ranges. FL@33 (flat33.com) is a multidisciplinary design studio established by Agathe Jacquillat and Tomi Vollauschek. The pair also have a sister company, Stereohype.com: it’s a graphic art and fashion boutique that was launched in 2004.“It’s a creative playground for us, but also a platform for emerging designers, illustrators, artists and photographers, who are featured next to established talents,” explains Vollauschek. Stereohype products include T-shirts, badges, books and magazines; products are shipped to all corners of the world. Running a successful shop takes time and, at the outset, money, says Vollauschek: “We were initially surprised how much money it costs to set up a proper online shop. The costs for your database-driven shop and proper internet payment service are quite high, and so is manufacturing and storing one’s stock.” “It took us over a year to establish Stereohype as a profitable online boutique that’s more than an expensive hobby,” he continues. “Once regular wholesale orders kicked in and media coverage was high enough, it all started to make business sense.” (…) |p.23| “Exhibitions can end up costing you money” (…) FL@33 takes part in both group and solo exhibitions, and has recently displayed works in Paris and Frankfurt.“It’s a great way of getting to know people,” explains Vollauschek.“We usually manage to find buyers for some of our exhibited work, but generally believe that exhibitions can easily end up costing you money – and don’t even get started on time,” he says, referring to the amount of time that preparing for an exhibition consumes. Exhibitions are not so much about earning extra cash, contends Vollauschek, “but they can create great opportunities for future business – you can meet potential clients and future collaborators, have private views, and it’s good PR”. (…) |p.25| (…) Recycling single pieces of work can be another way to boost income. FL@33’s Vollauschek says they “do sell a few prints of artworks we created for exhibitions or as self-initiated projects,” but they rarely ‘recycle’ projects this way. “Some unpublished works might make their way into another project, but that’s it.” With a nod to character-centric illustrators like Jeremyville, Vollauschek adds:“There are some masters of recycling out there who apply their host of characters repeatedly onto every canvas they can get their hands on, but these people are mostly illustrators who enjoy popularity by being known for a particular style. This is something we respect but try to avoid ourselves.” (…) 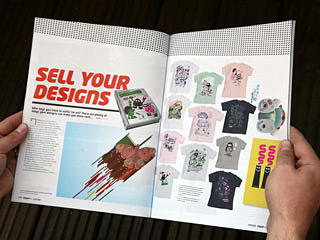 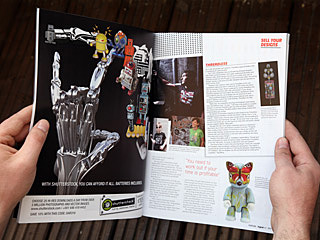 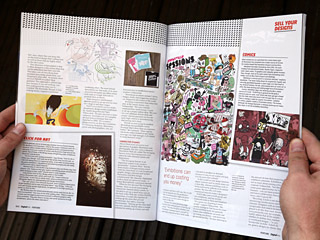 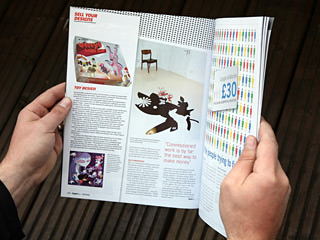 CAPTIONS
|p.20| FL@33 created Butterfly Sculpture Containing 818 Pencils as an A1 poster for a book launch. |p.21| Top right Mr Papillon Qee is a toy designed by FL@33. |p.22| picture of 200% and 300% Cotton books without caption. |p.25| Mr Papillon Qee, a toy designed by FL@33 for Toy2r, was one of 20 winning entries in the ‘Design-a-Qee UK’ competition. It was then produced in Hong Kong. |p.26| FL@33 created this customized Dalsouple rubber floor for their office, where it works as a kind of banner advertising their work.