SOLO EXHIBITION | FRANKFURT
FL@33's very first solo exhibition was the fifth installment of Impuls – a series of exhibitions that were funded and organised by Köhler Architekten in Frankfurt, Germany.
___ Impuls.5 was an exhibition of FL@33's Trans-form magazine, its attached CD-Rom Trans-it with video footage and the dedicated website trans-port.org. All three elements were presented.
___ Excerpt from FL@33's large-scale magazine were exhibited as large prints and video footage and animations were projected onto a translucent screen we prepared on the front window of the architecture practice leading to a busy road and pavement. The projection could therefore also be seen from the outside.
___ Especially commissioned, additional FL@33 artworks were also created including a huge vector version of a Cityscape Insect (also shown on the invite), a cityscape sculpture illustration reminiscent of a mosquito and a vinyl sticker sequence showing stills from the Cityscape Insect Morph animation – presented on an incredibly long lightbox outside the office building.
___ Initially the 'multimedia' part of the show was meant to be subtly integrated into the firm's large reception area with its bar, tables and chairs. In the end however we were asked to occupy even more space and created a central island where we placed the projector and screen for the website.
___ Self-adhesive security tape had to be applied to the floor for health and safety reasons and we took this opportunity to create a rather suitable construction site atmosphere for the opening night on June 13th, 2002.
___ The exhibition took place between June and August 2002 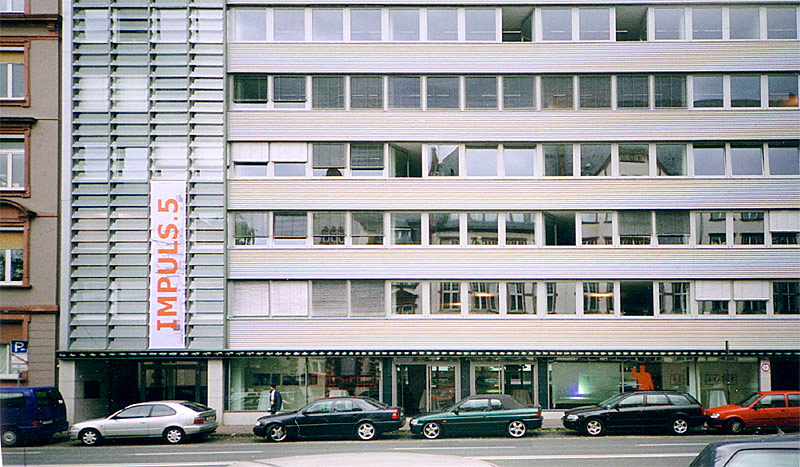 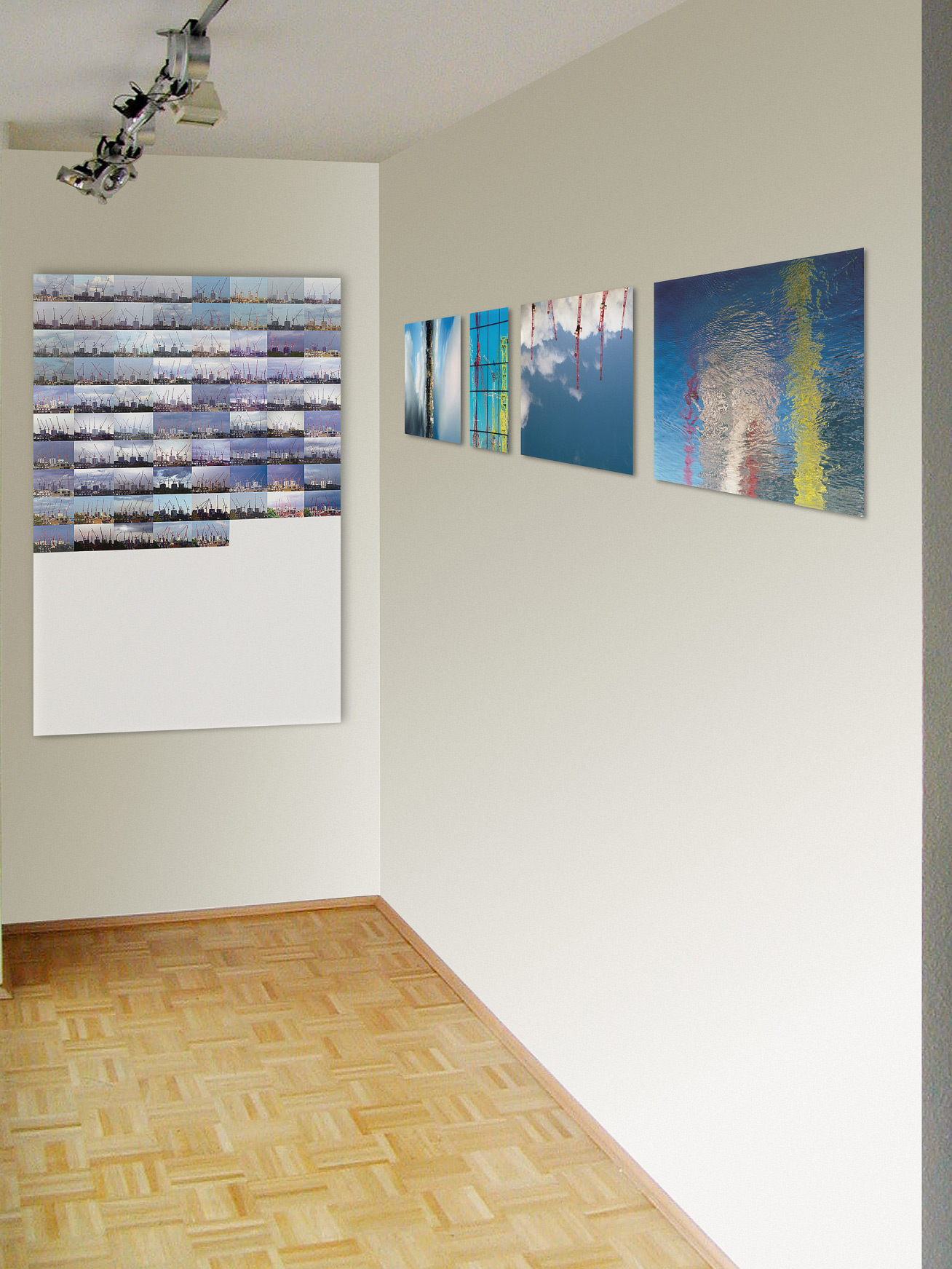 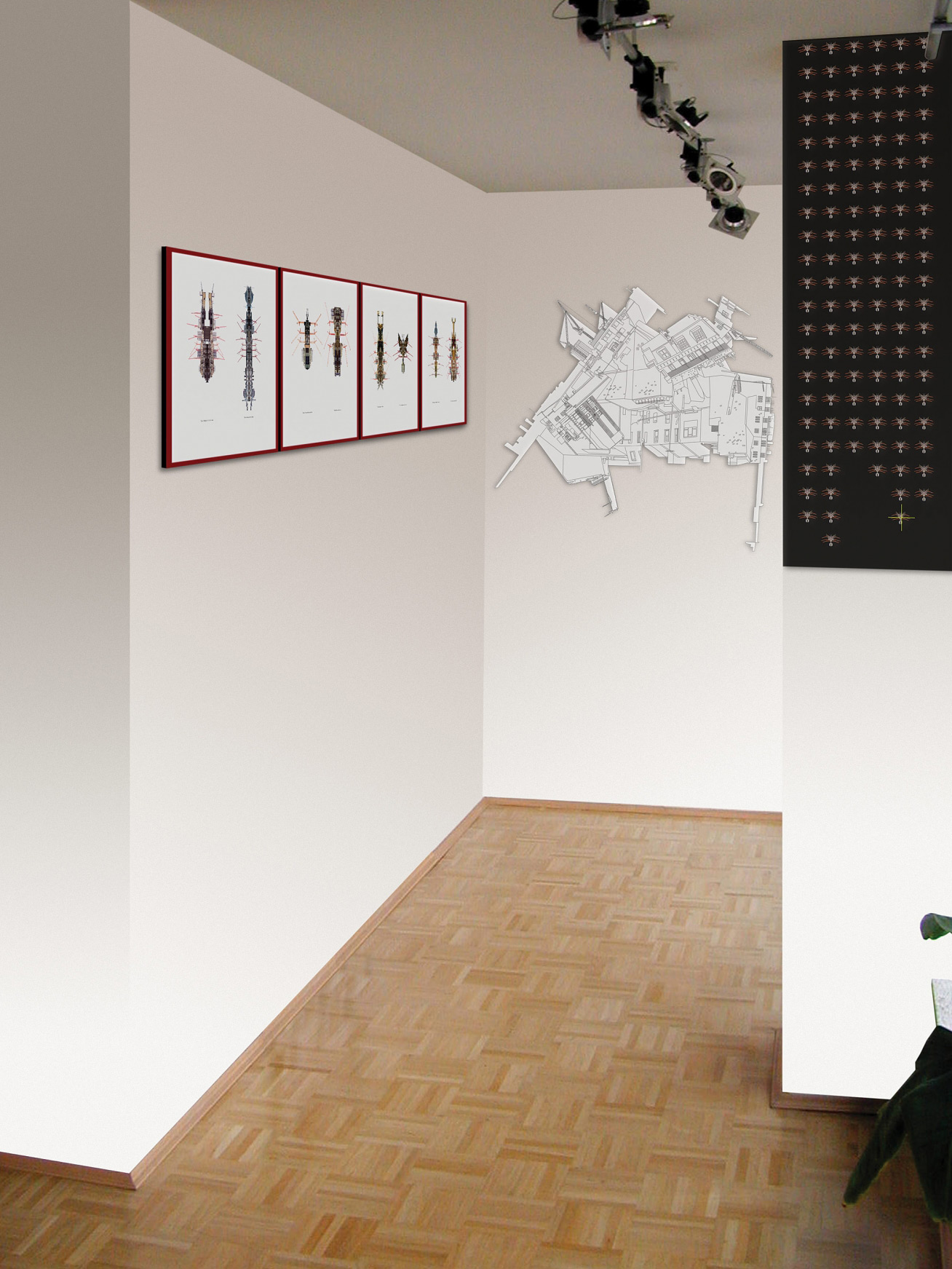 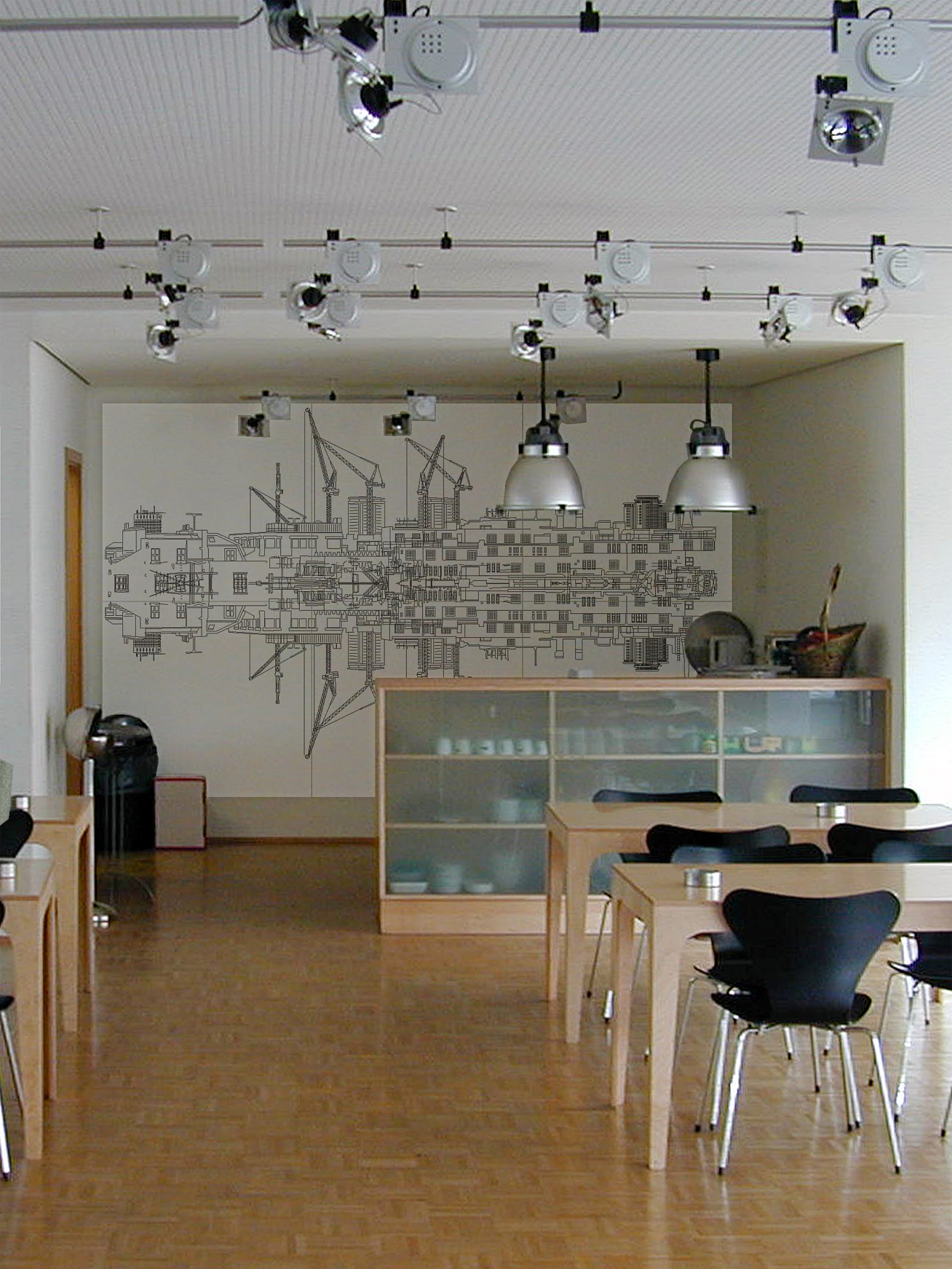 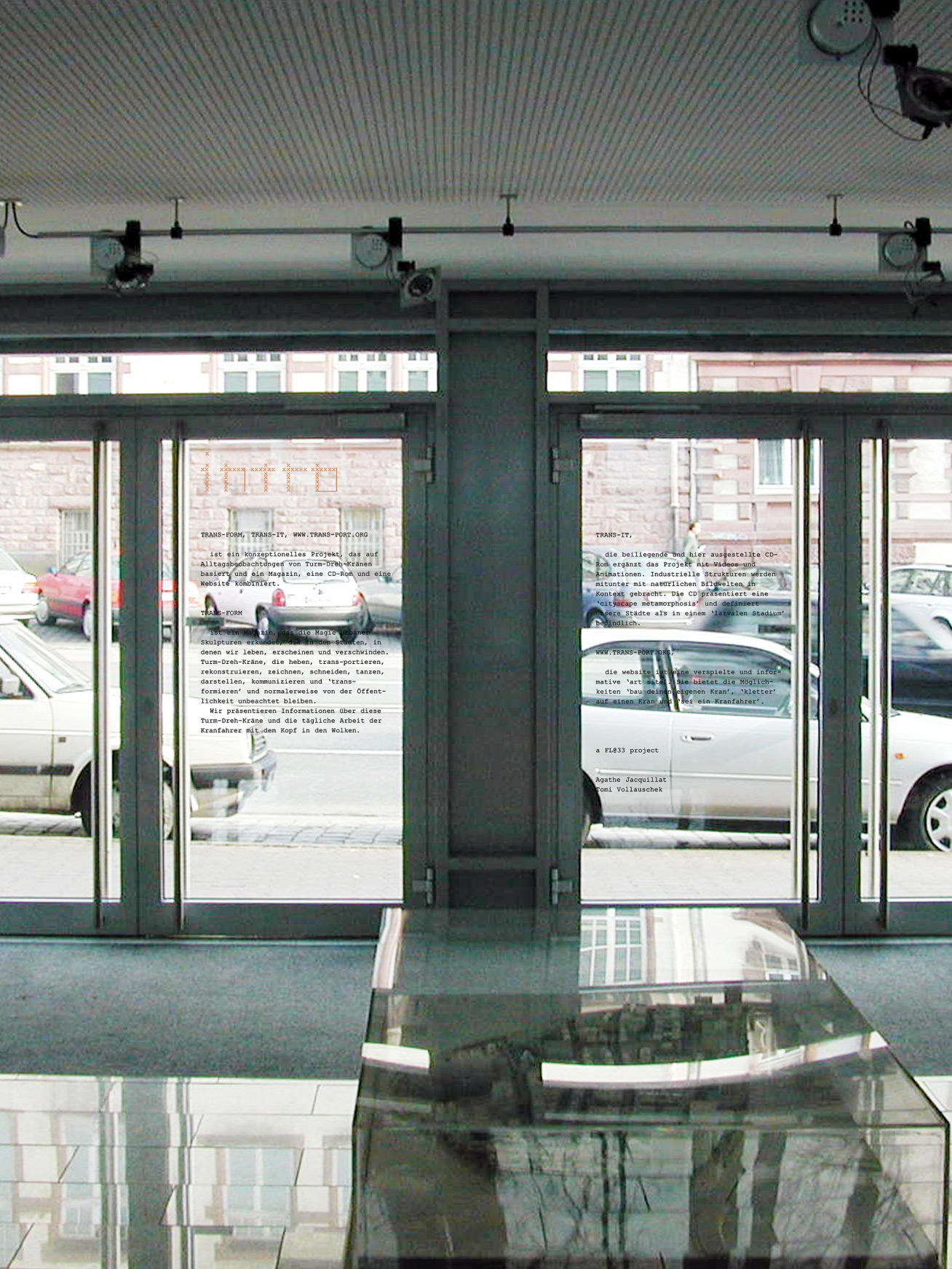 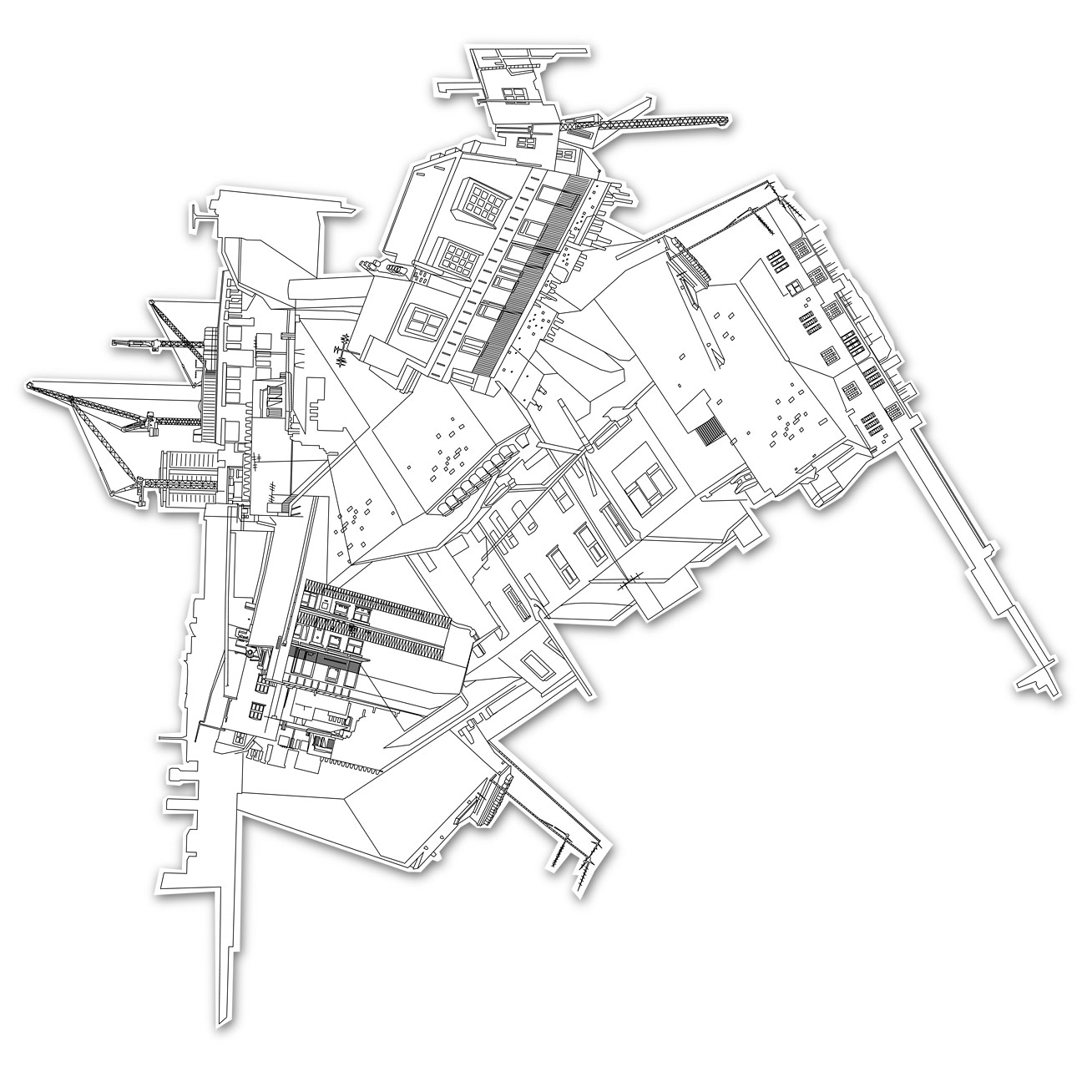 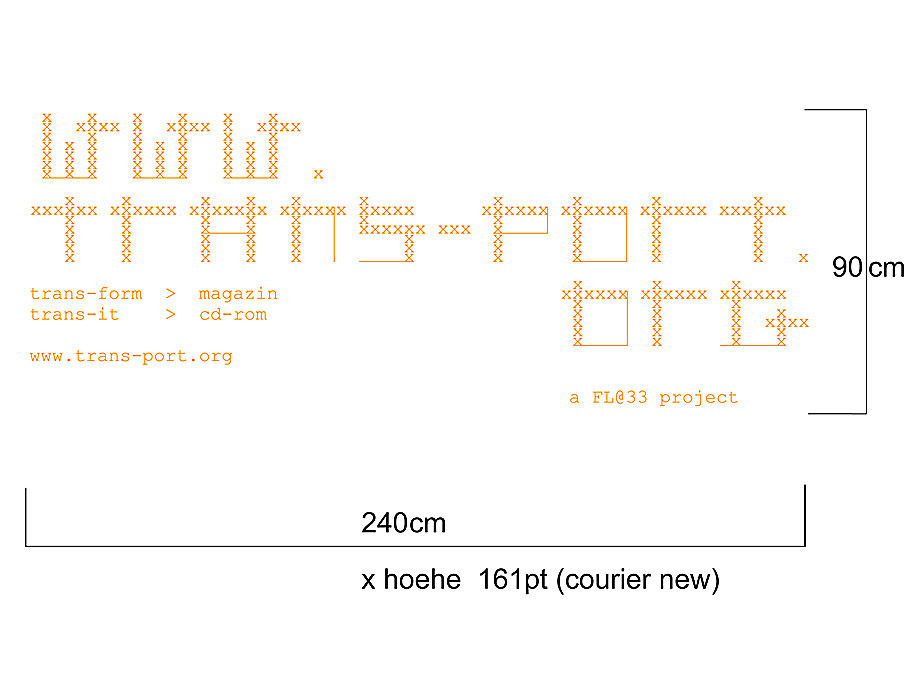 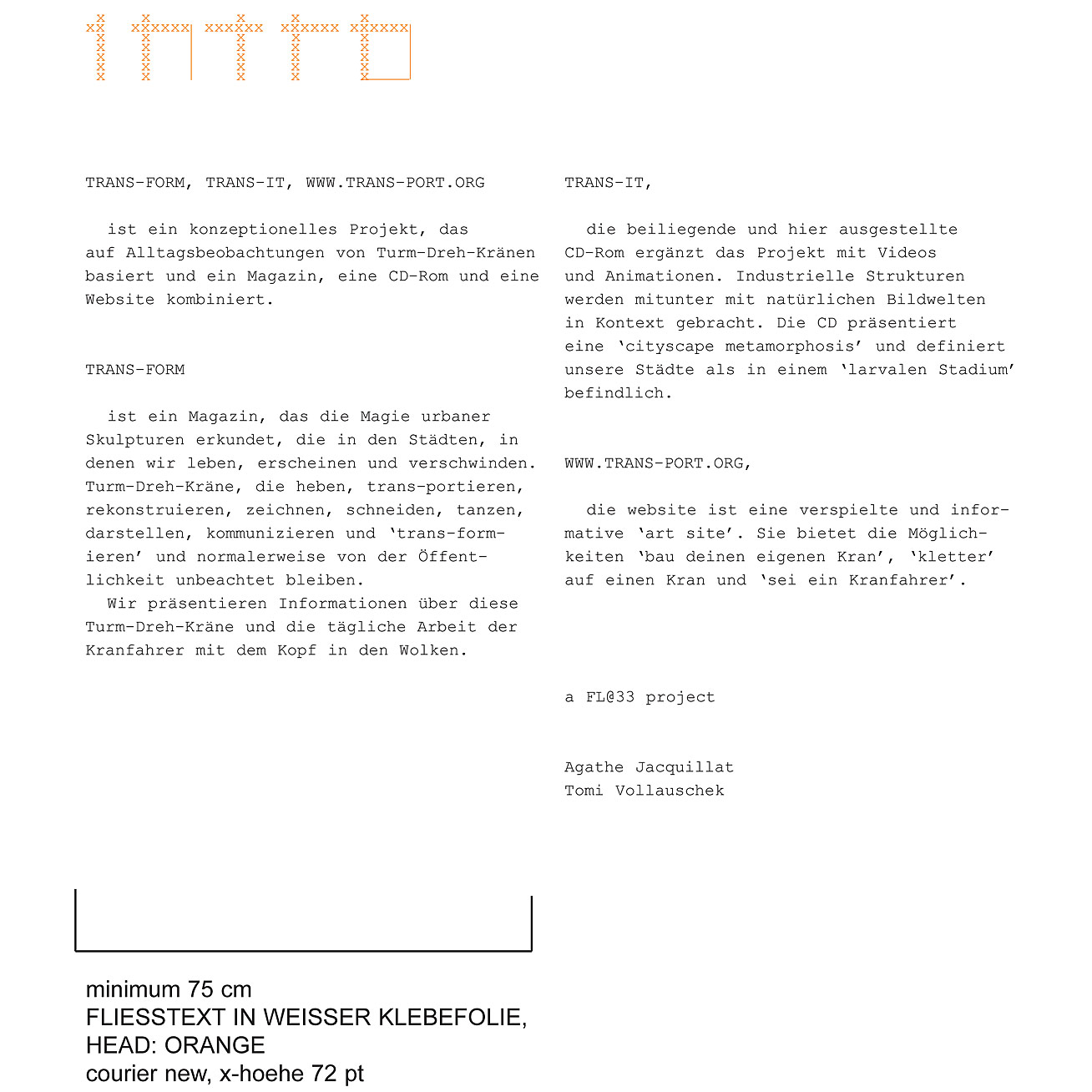 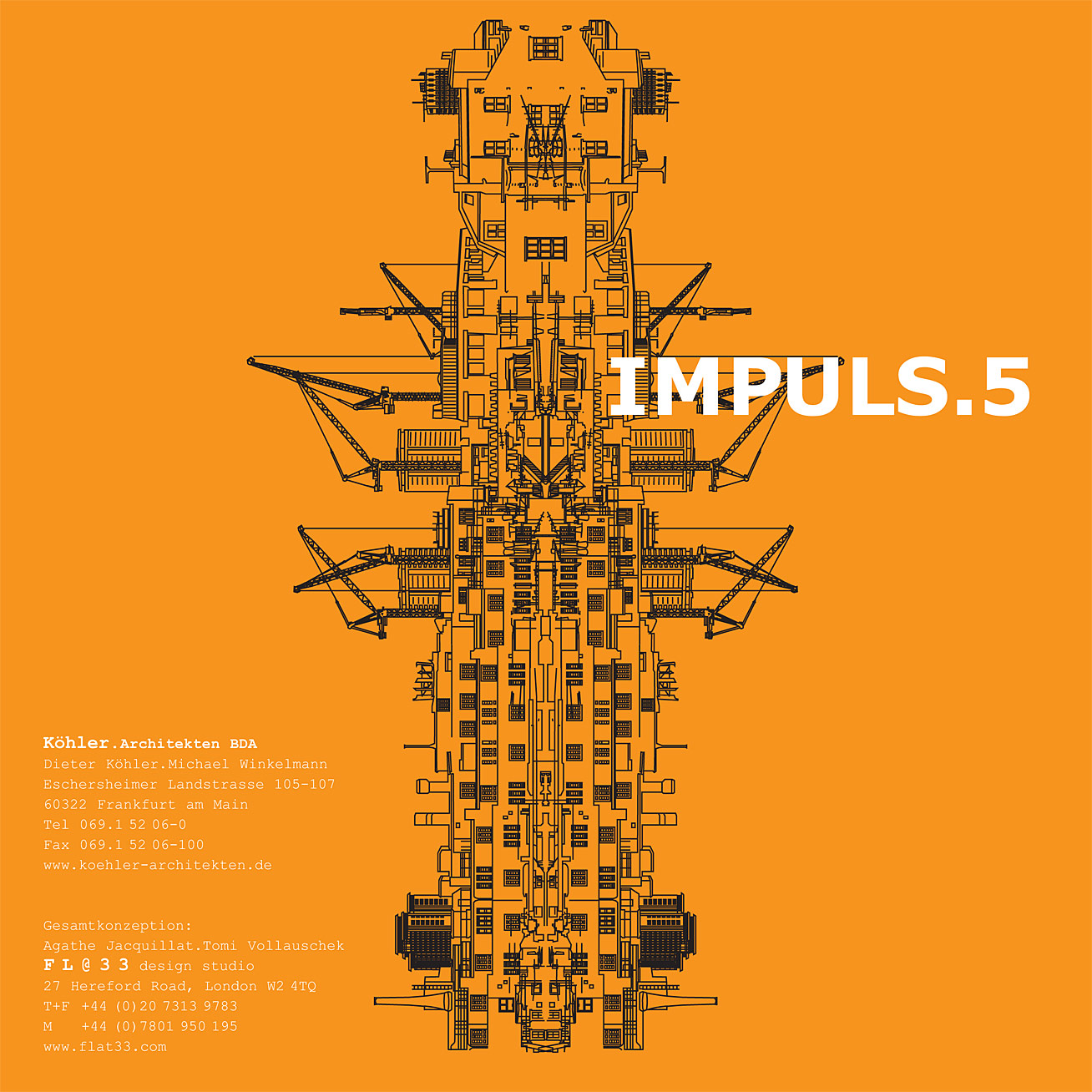 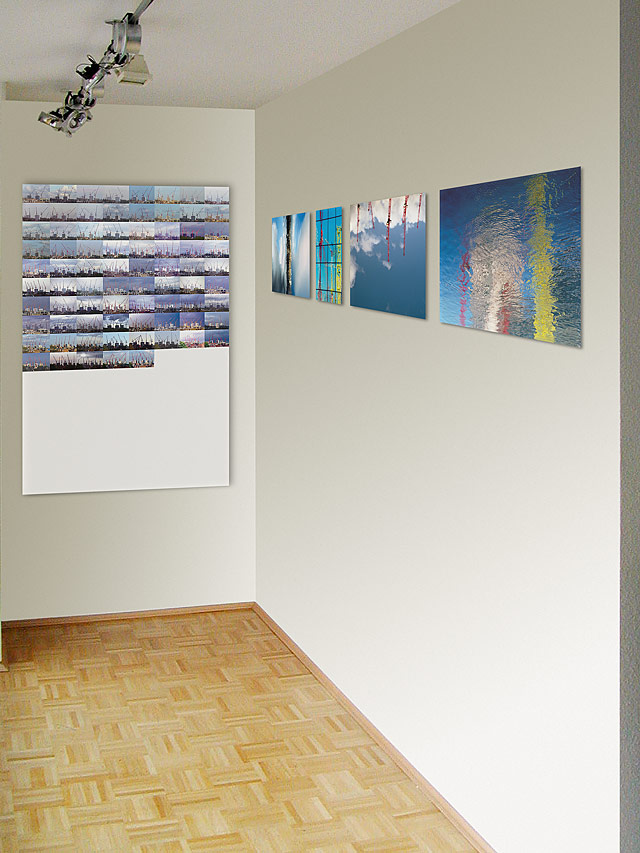 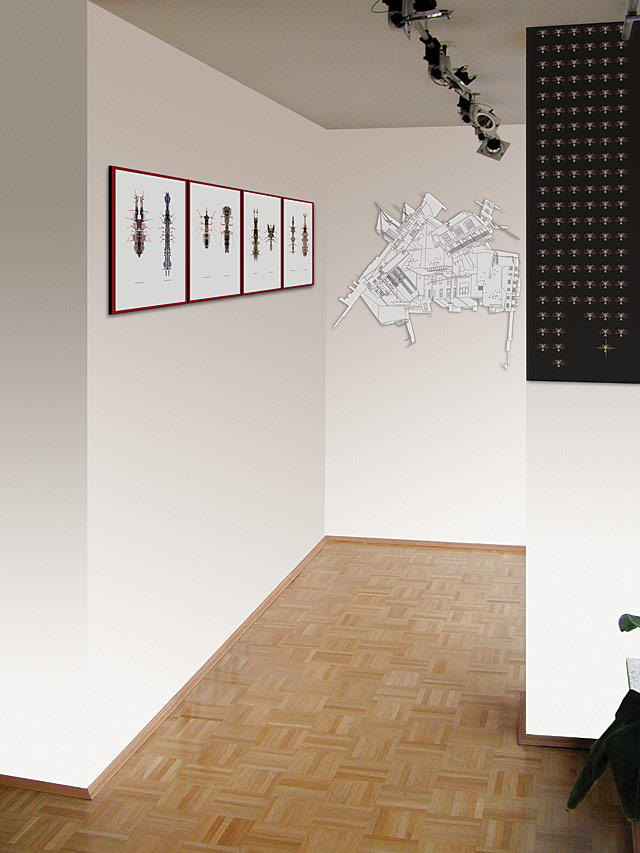 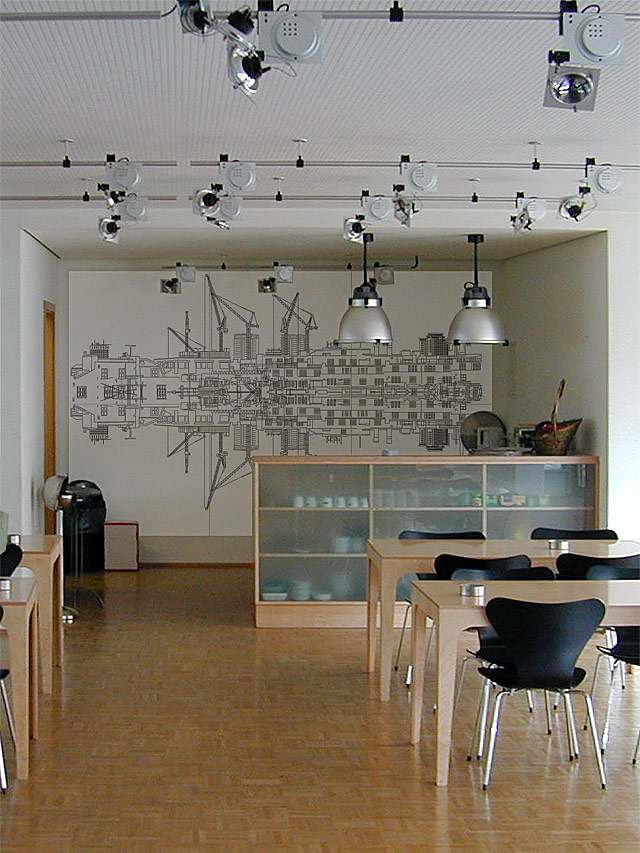 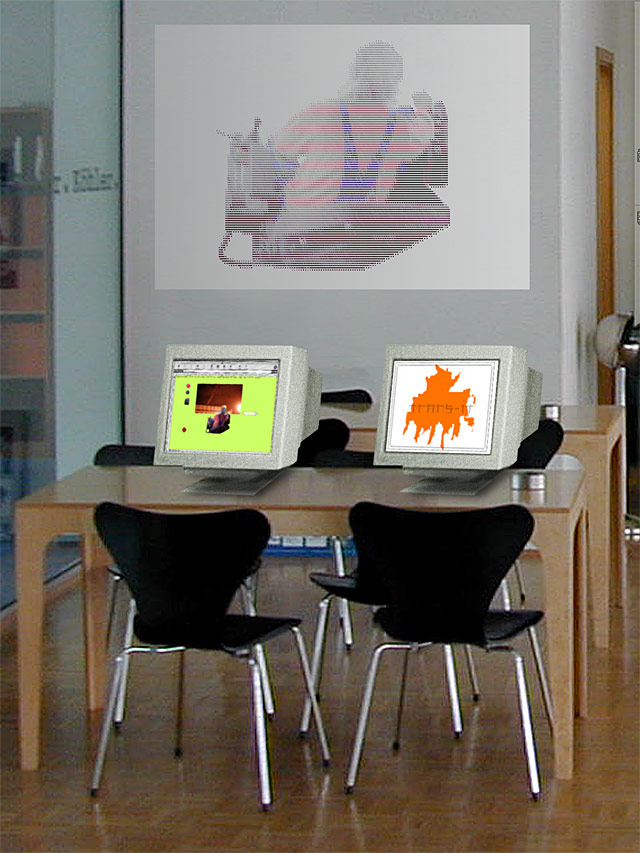 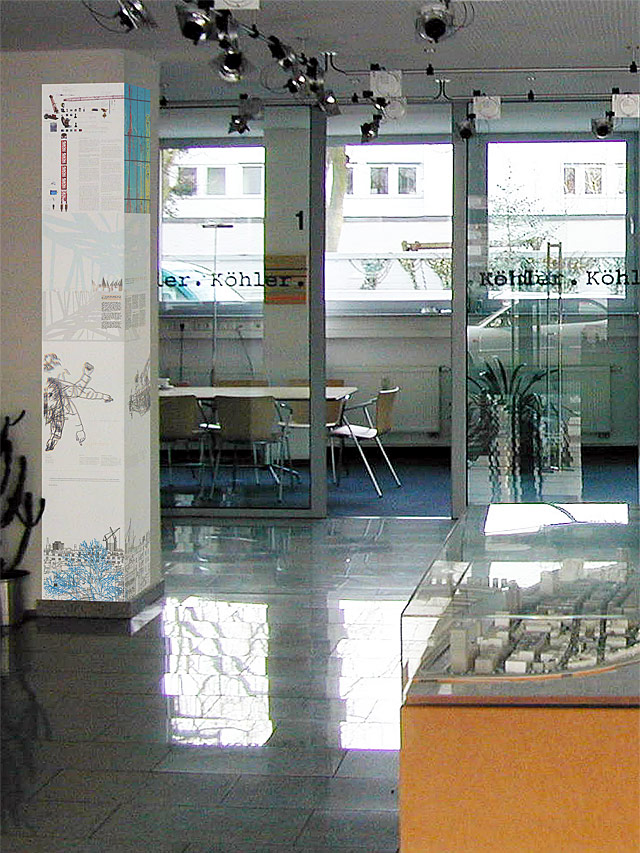 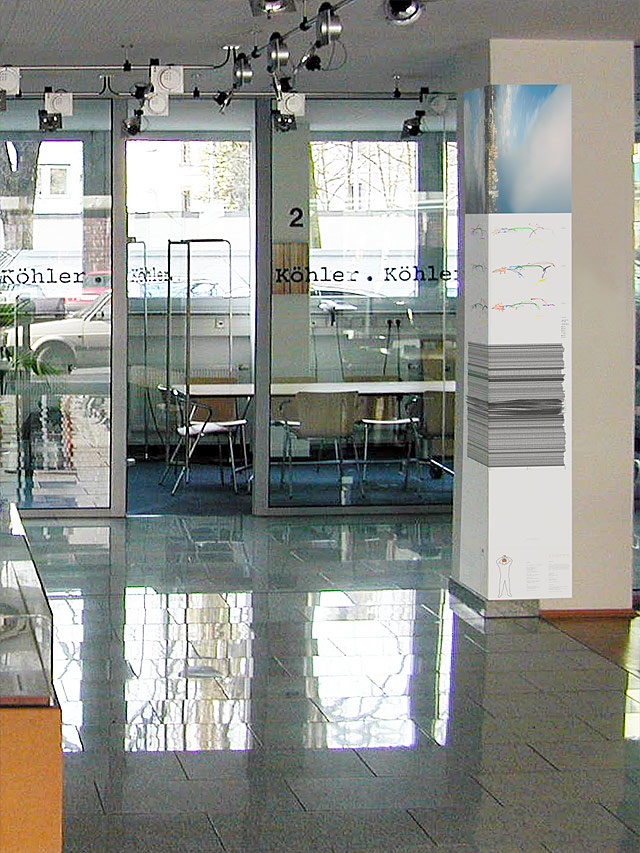 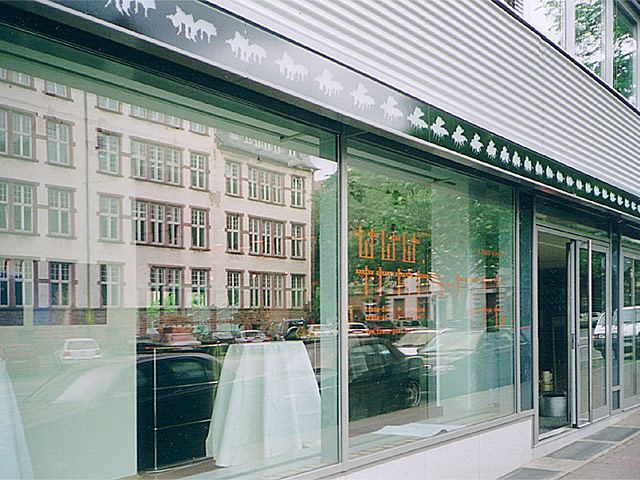 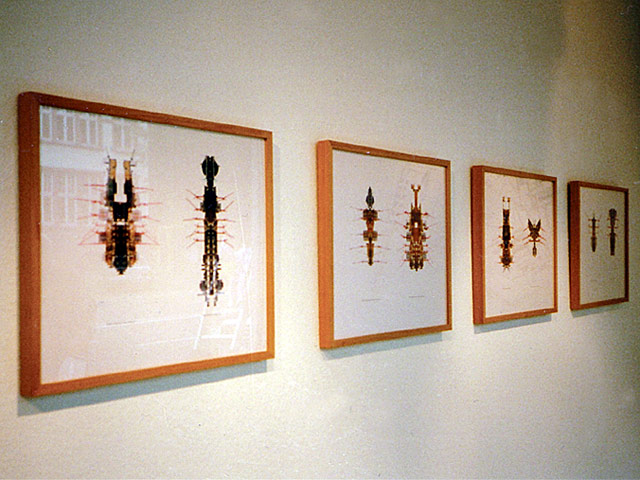 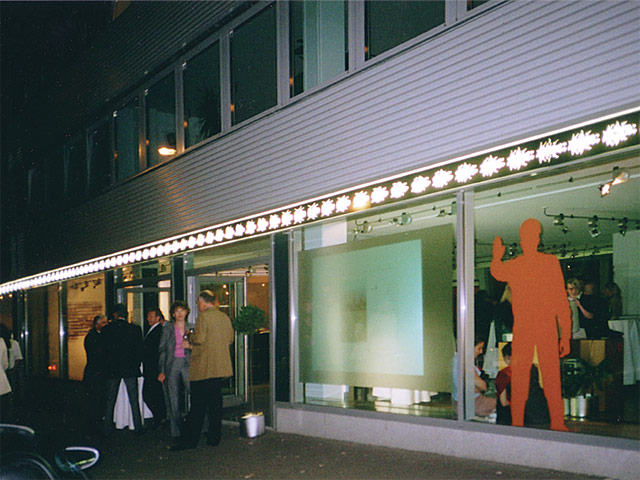 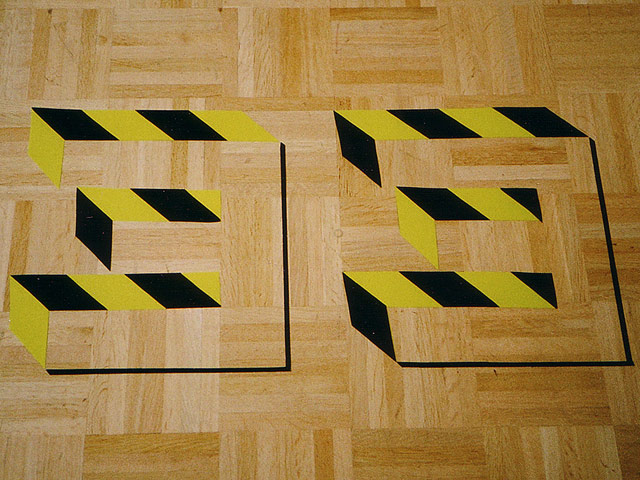 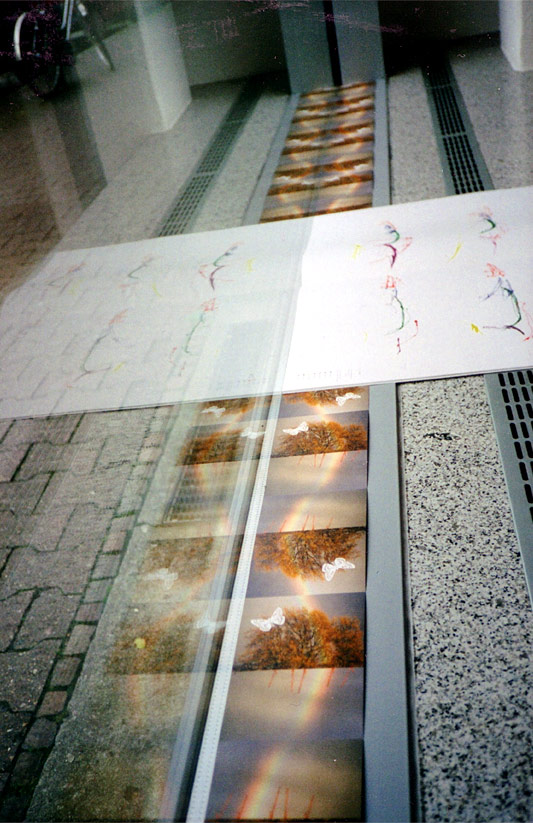 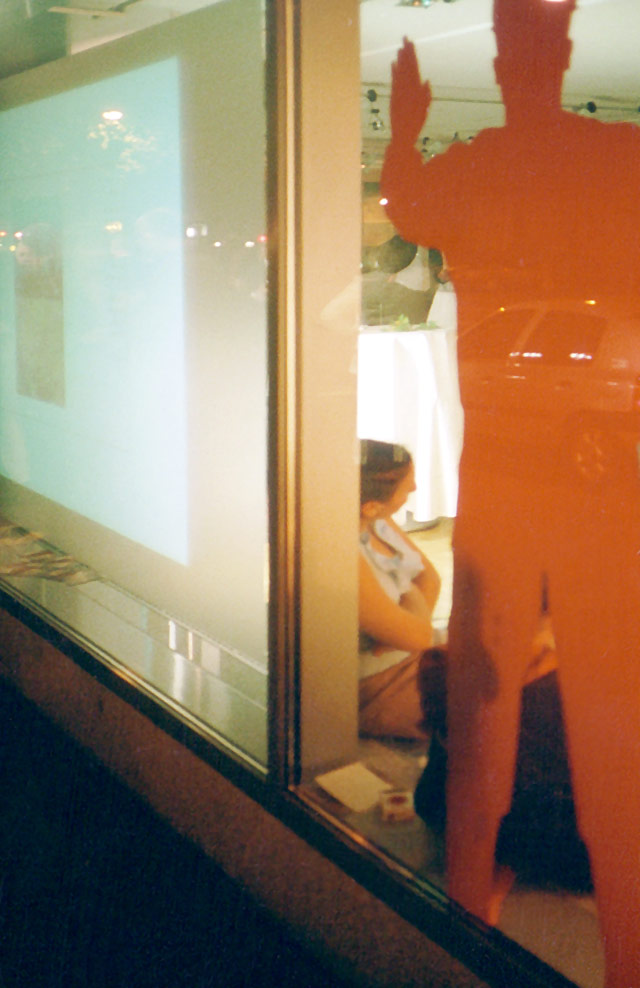 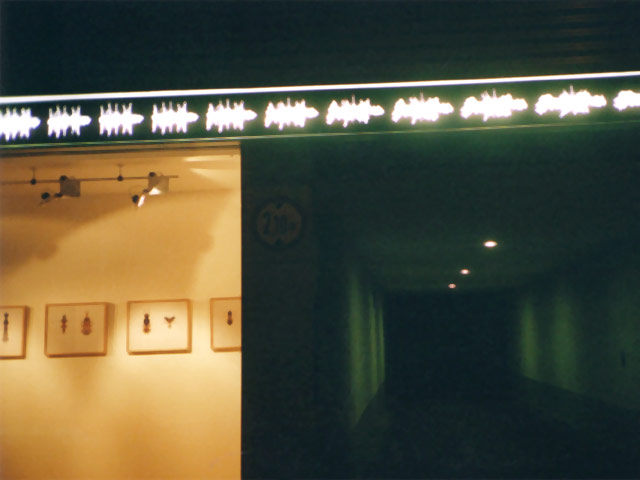 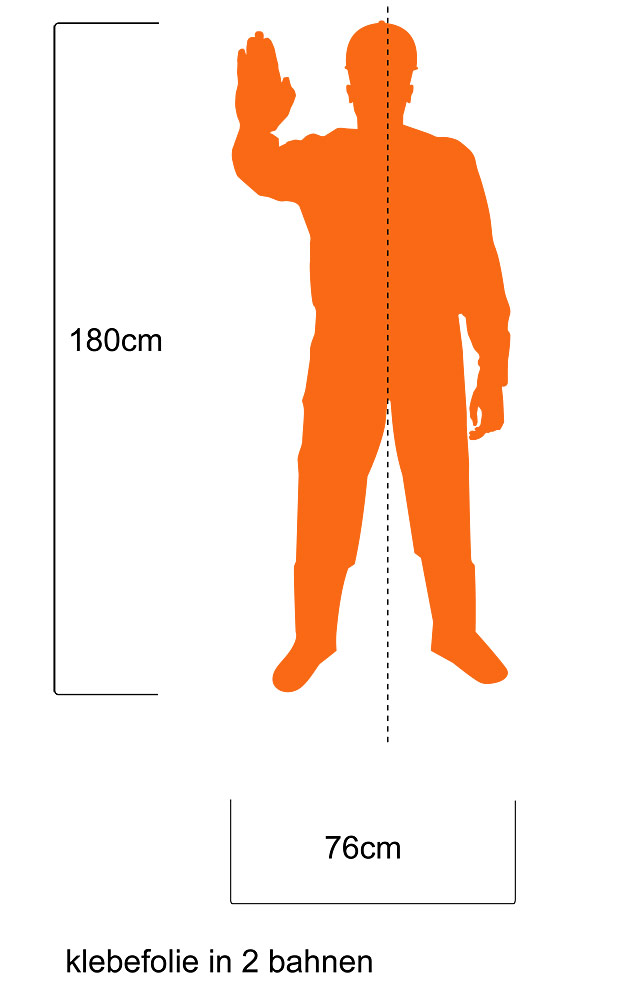