TRANS-IT CD-ROM
Screen capture of a CD-Rom called Trans-it that was attached to FL@33's award-winning Trans-form magazine. The self-initiated project was released in 2001 – a time (believe it or not) before YouTube and Vimeo and even high-speed internet – when 180mb of video experiments were best delivered via CD-Rom.
___ The tower crane video footage was filmed by FL@33's Tomi Vollauschek who climbed on a tower crane in Frankfurt, Germany, while the crane itself was dismantled. And yes – it was very high and Tomi doesn't usually do heights. It had to be done though – for your enjoyment.

STOCKISTS | CURRENTLY AVAILABLE AGAIN
It used to be available in bookshops and museum stores around the world.
___ It was believed to be sold out for years but a box full of Trans-form magazines in mint condition (including Trans-it of course) has recently been unearthed and the previously sold out magazine is currently available again – exclusively at stereohype.com (signed, worldwide shipping).
___ Please note that a screen capture preview video of the CD-Rom's content was posted here for the first time. FL@33 also created an updated 'player' for Mac OS X users to enjoy the CD-Rom's content that was originally created for Mac OS 9 at the time. A link to this free app update can be found in our Downloads section. 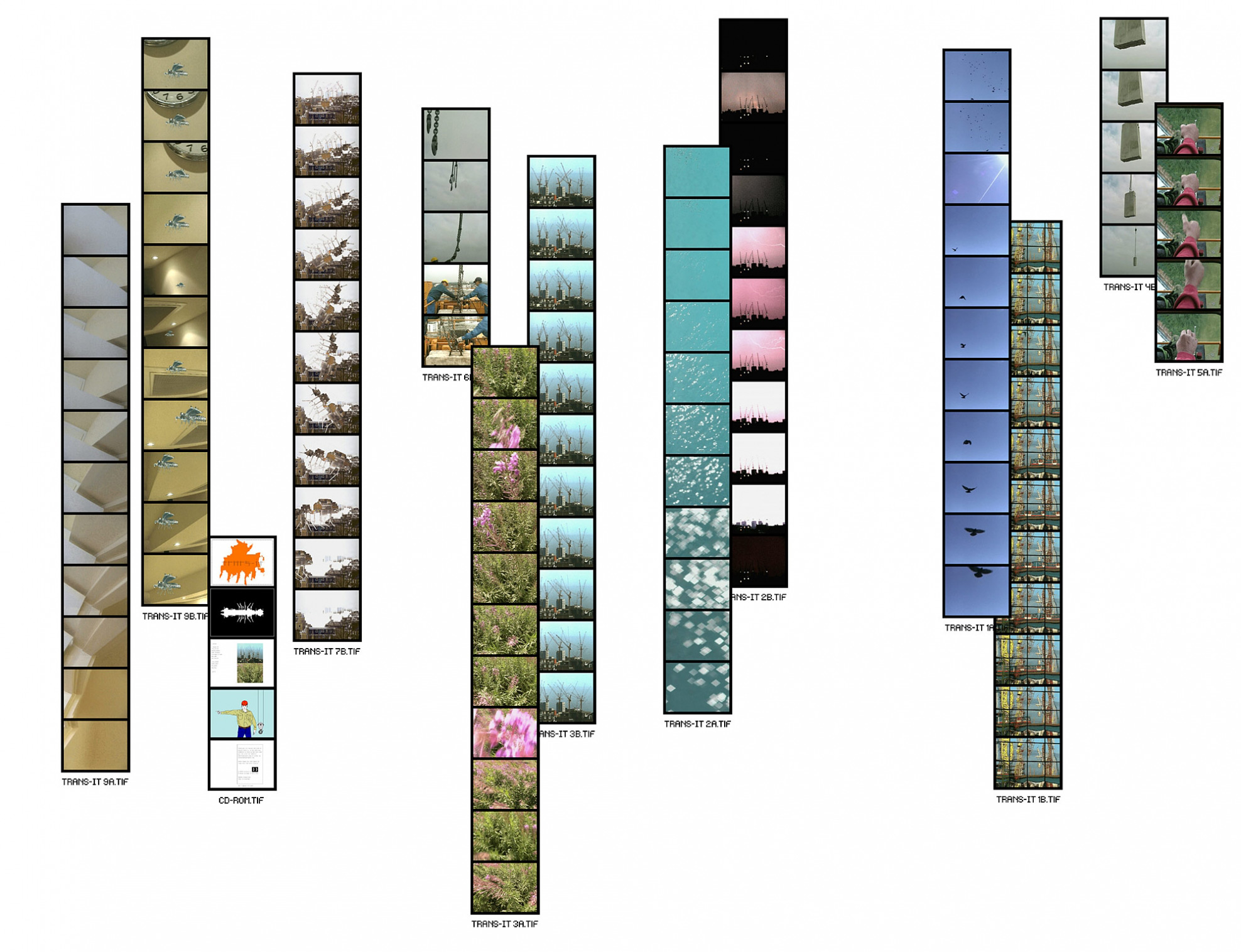 October 3rd, 2012 — A box of FL@33's widely-acclaimed, award-winning, previously sold-out, limited edition, large-scale magazine Trans-form was unearthed. Signed copies of this first edition are in perfect / mint condition and available now at stereohype.com.
___ For all those who already own a copy or are planning to purchase one – we have prepared a free and downloadable CD-Rom update in order to play the content on Mac OS X machines. Please see Trans-form's product page at Stereohype for details. We also posted a screen capture preview video of the CD-Rom's content and you can now watch it for the first time online via our Vimeo channel.