AAT – ANIMATED, ACOUSTIC TYPEFACES
AAT – Animated, Acoustic Typefaces was created between 1999 and 2001. The display typeface Delayed was in fact already started in 1998 before RCA times – then still called Atomic – inspired by the name of an alarm clock Tomi took apart to study the letters' mechanism. AAT is an idea, a concept, an experiment, a beginning in many ways. It is also a prototype application that can be downloaded so you can play with it. It's free, for PC and Mac users and only 18mb. Please visit our Downloads section for links.
___ A couple of packaging solutions were also developed for AAT's Unfolded but also for the complete AAT application – both were available at the time as mini CD-Roms.
___ Together with Tomi's animation Singing Pasta or Eat And Be Eaten his AAT application won the first prize at the International Noos Multimedia Competition 2001 organised by French interactive television company and internet provider Noos (now Numericable). Singing Pasta and AAT were exhibited at FIAC 2001 – the annual international art fair in Paris.

OFFICIAL SYNOPSIS
AAT is typeface collection that explores certain different qualities and possibilities of typography in print and screen-design. The mini-CD-Rom* was presenting the first suggestions of how to deal and play with AAT's. The interactive application was finished in early January 2001 for the Royal College of Art's Work In Progress exhibition. Three typefaces were presented called: Delayed, Unfolded and Binary – all in different sound and animation modes. By using mouse and keyboard users can play and write within the application.
___ AAT (together with Tomi Vollauschek's animation Singing Pasta / Eat and Be Eaten) won the first prize at an international multimedia competition in 2001 that was organised by French interactive television / internet provider Noos (now Numericable). Winners were exhibited in October that year during the International Art Fair FIAC 2001 in Paris.
___  Technical background and aims: The typefaces used to be available for print as post-script fonts and TrueType. Further on they were available as AAT's: interactive Flash movies (*.swf) that could be scaled, transformed and finally saved as individual Flash movies for screen-based designs. AAT-compositions could alternatively also be used for post-production purposes.
___ It is up to your imagination... 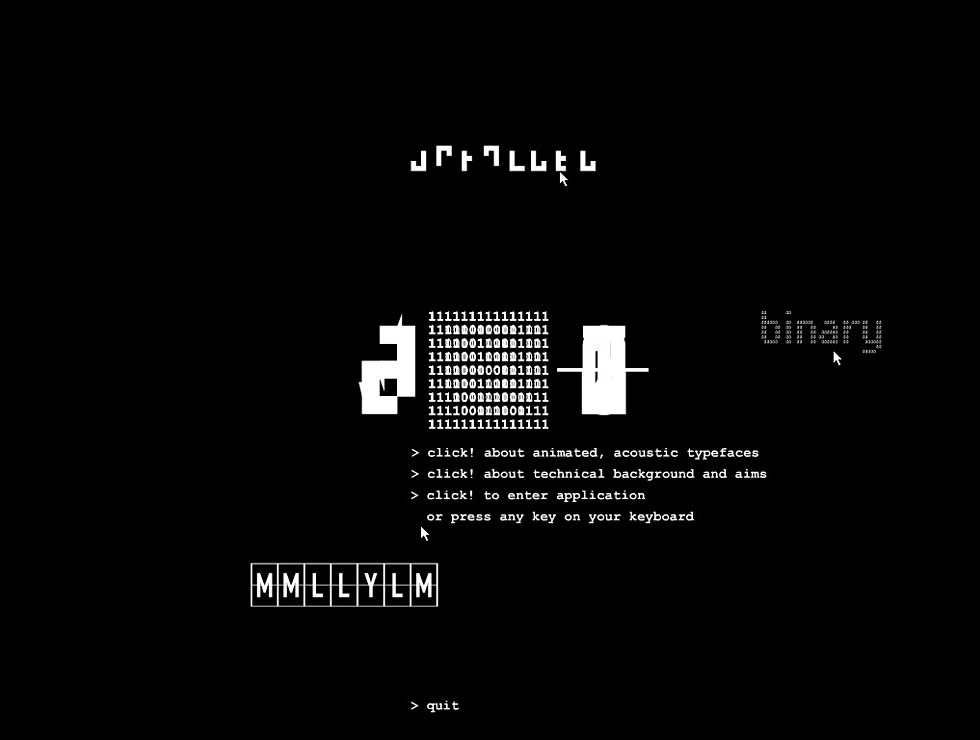 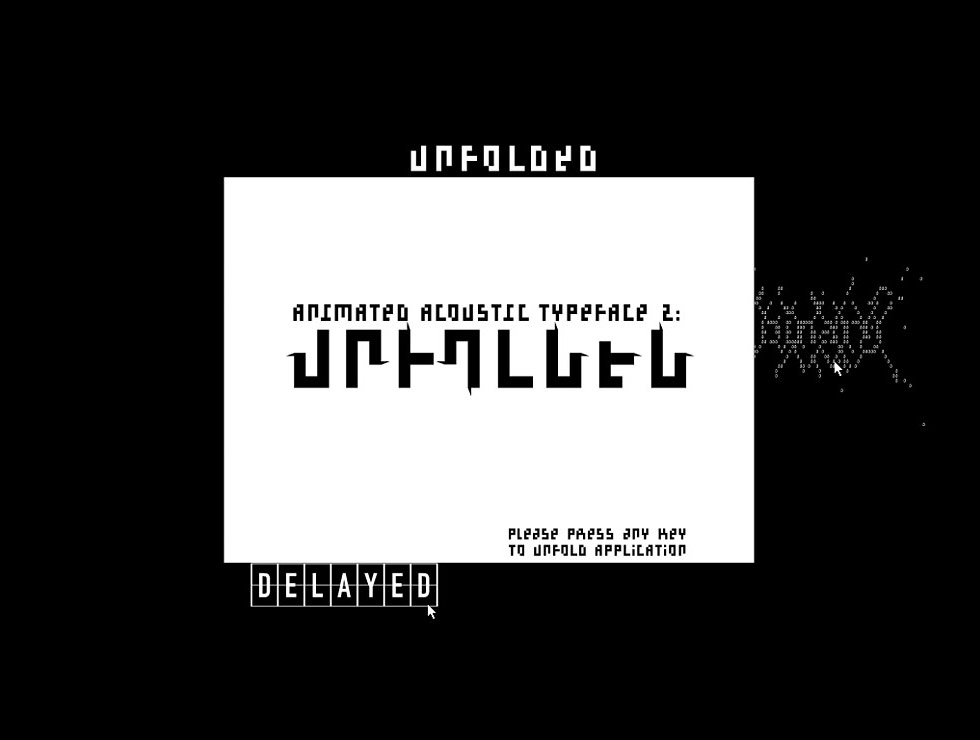 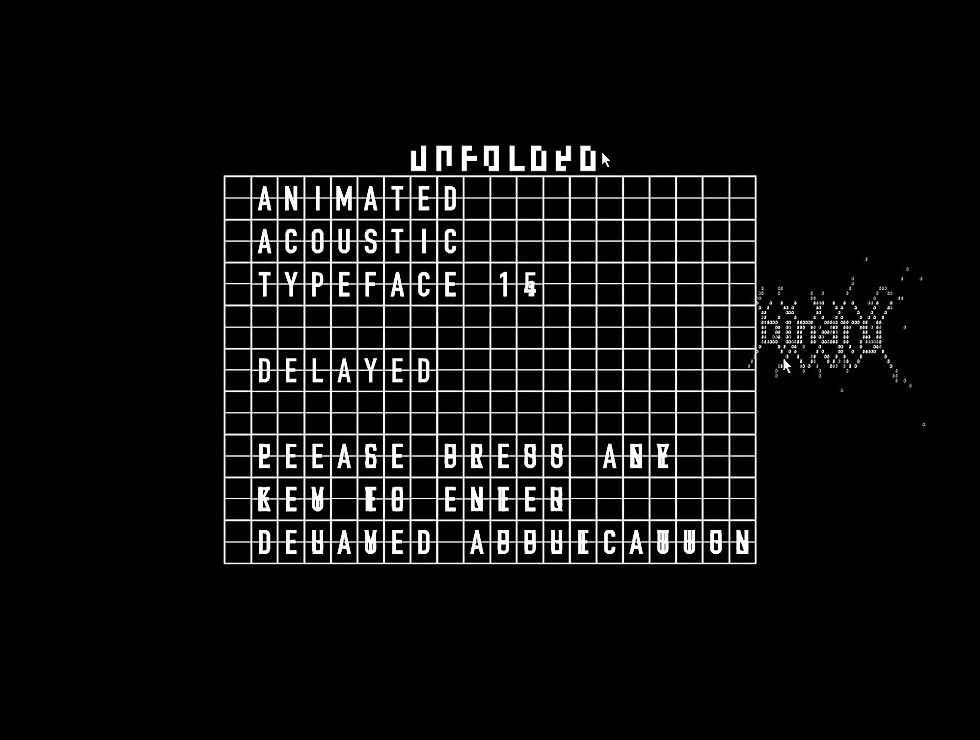 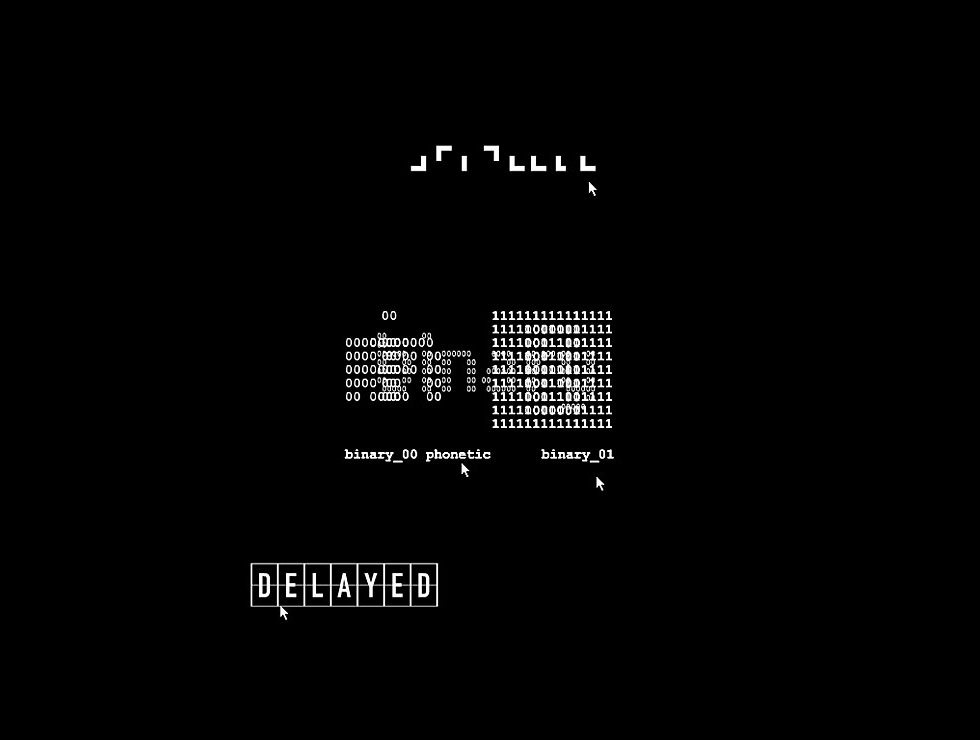 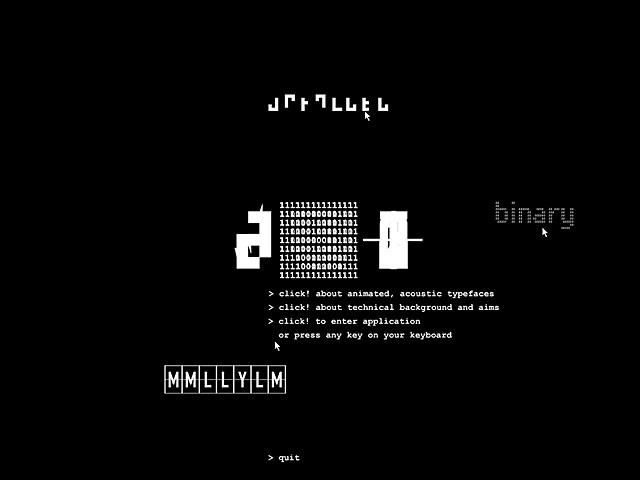 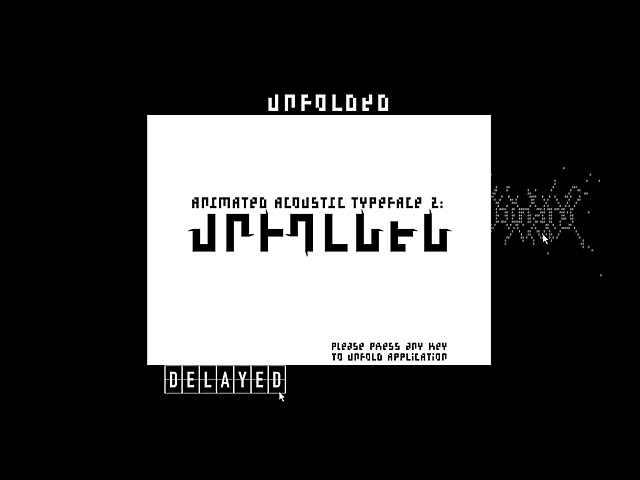 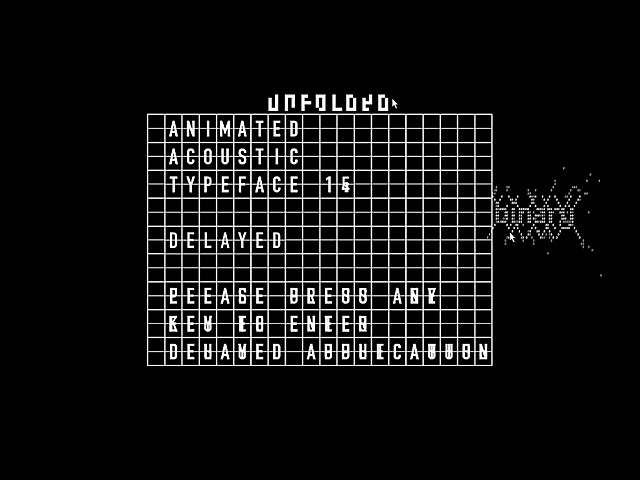 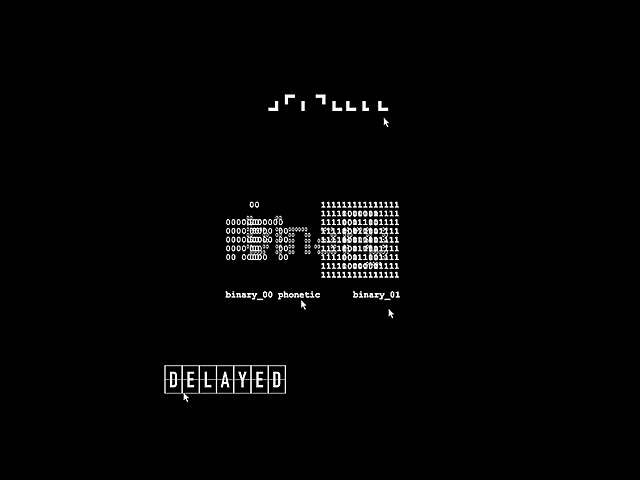 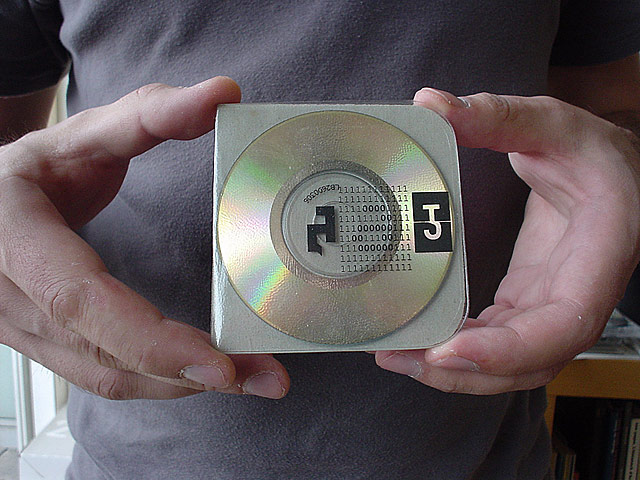