FL@33 LOGO (2002) | STREET TYPEFACE 33
When we set up FL@33 in July 2001 we did not have a logo for the studio. Instead we thought it's best to show our versatility and creativity by having different typefaces and custom lettering for different times and occasions. And so it started with our Ascii letterhead and envelope, followed by an animated version using our Unfolded typeface.
___ Then we had this actual photo-based visual – shown here – until we had a change of heart when we developed our FL@33 logo in 2004 that we have been using ever since.
___ Technically only lettering this artwork is nontheless called Street Typeface 33. It is an excerpt from the FL@33 monograph published as part of the bi-lingual design&designer book series by French Pyramyd Editions.
___ The arial photograph was kindly provided by Fenwick Helicopters, Paris. 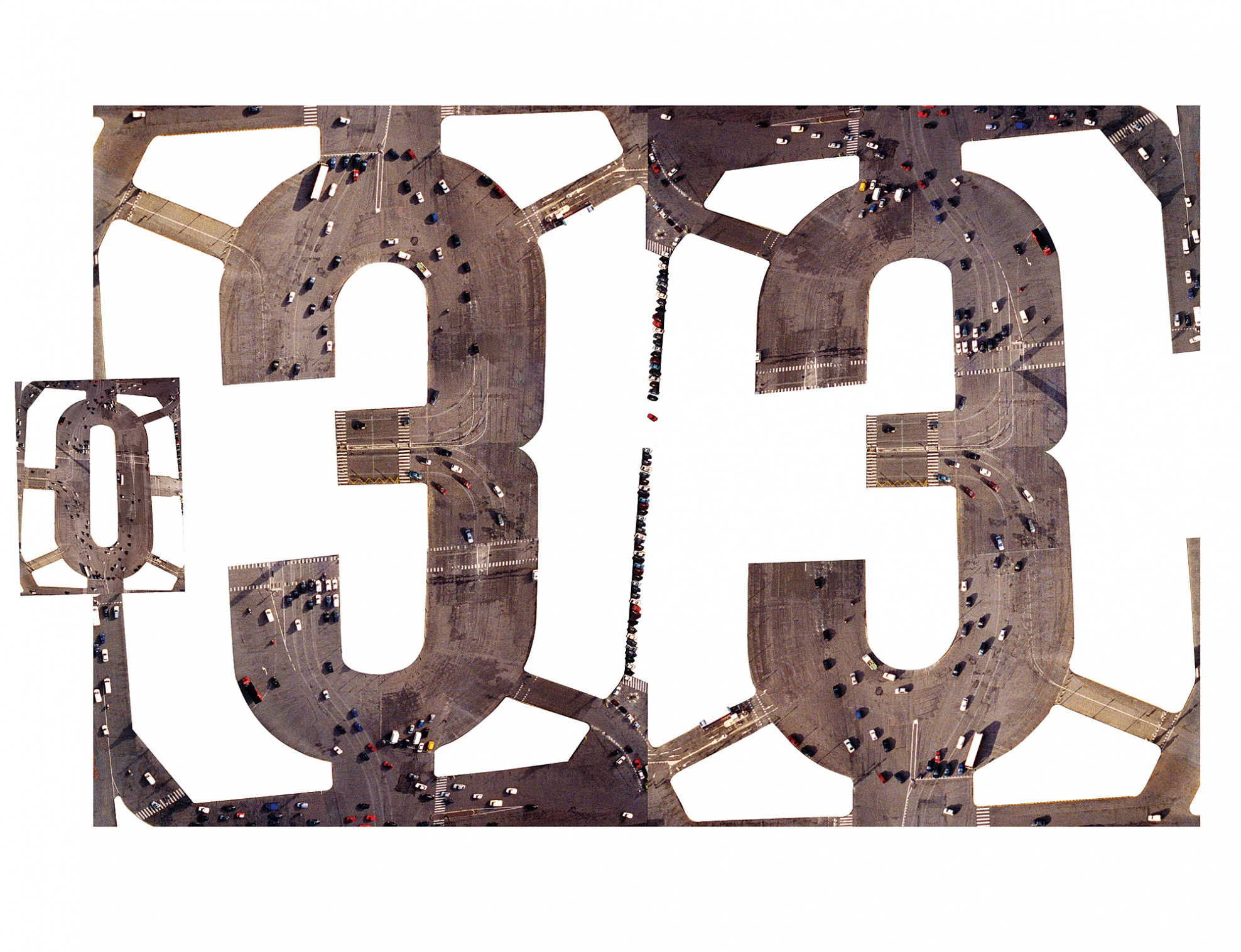