MATELSOM | METRO POSTER CAMPAIGN 2003/04
Following the successful Metro poster campaign of the previous year FL@33 was recommissioned for this task to double the amount of posters and create a series of four. Different scenarios were developed together with Matelsom's inhouse marketing team – a young couple that just moved together (as in previous campaign – but this time with the bed already delivered), a young teenager who's parents just upgraded her children room, a student with a space-saving sofa-bed and a more luxurious electric bed alternative.
___ All illustrations featured photographic bed and mattress elements while the rooms, people and accessories were mostly illustrated.
___ The poster campaign appeared in Metro carriages across Paris in December 2002. It was so popular that they were left for over a year until approximately spring 2004. 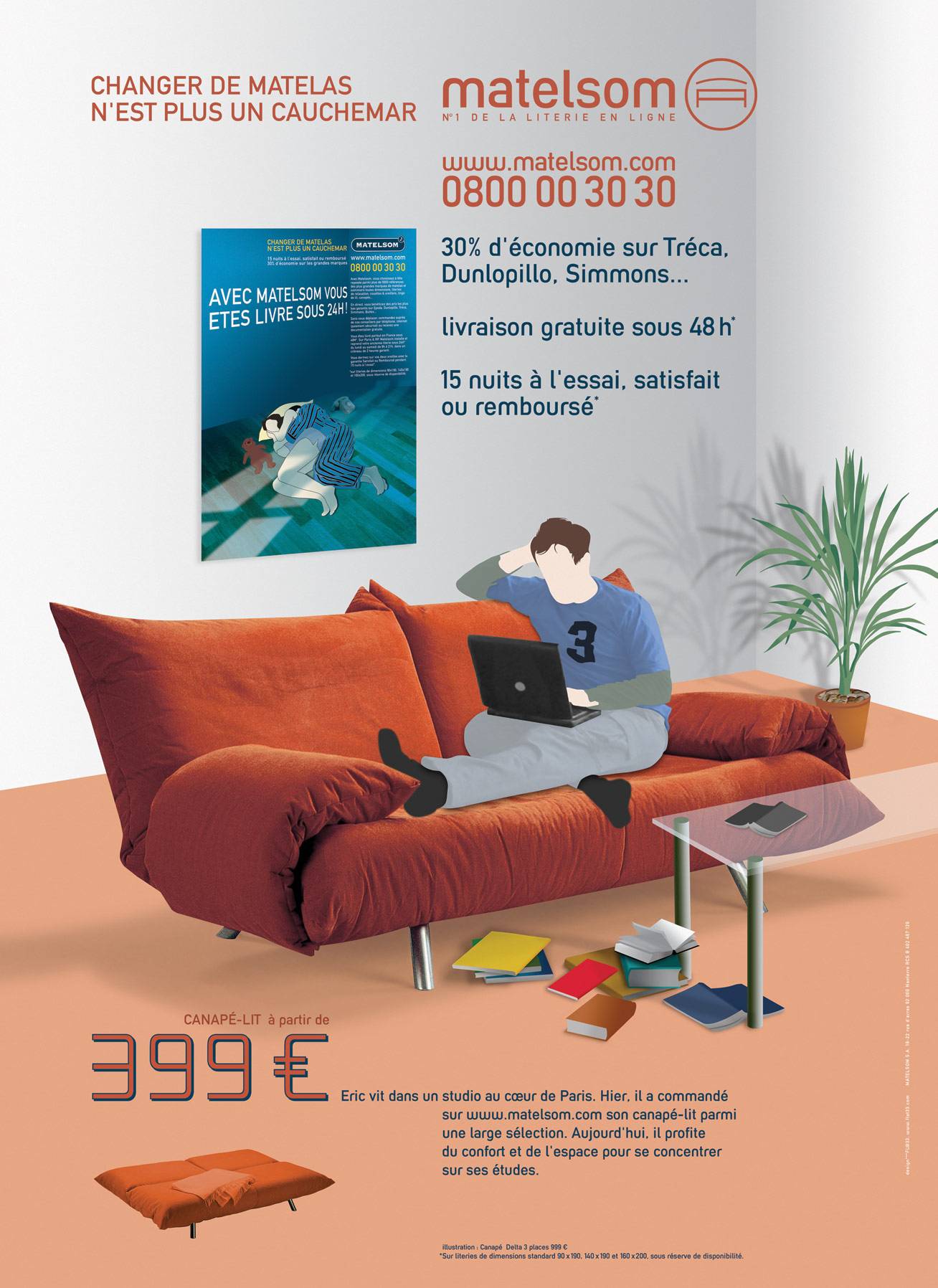 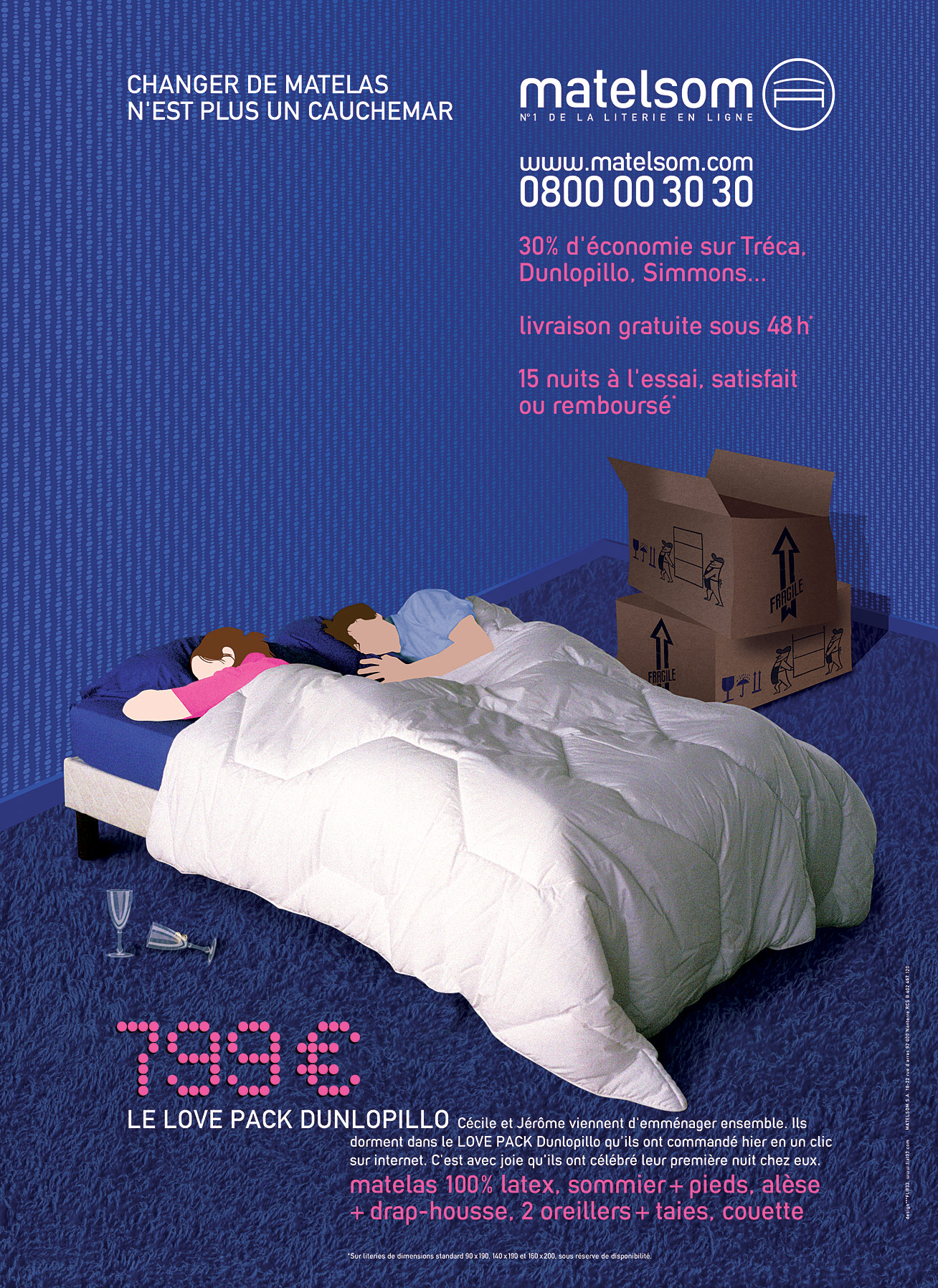 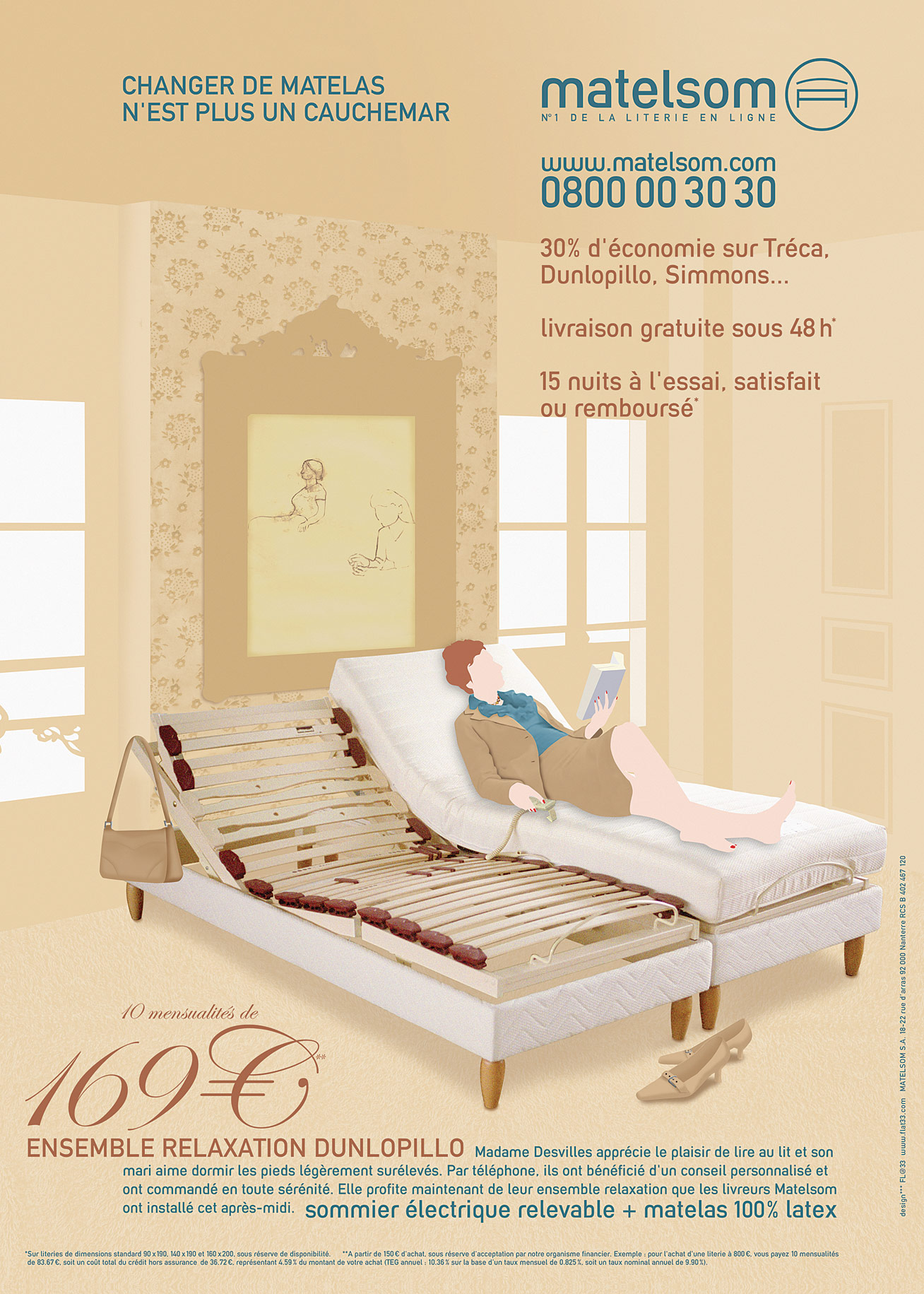 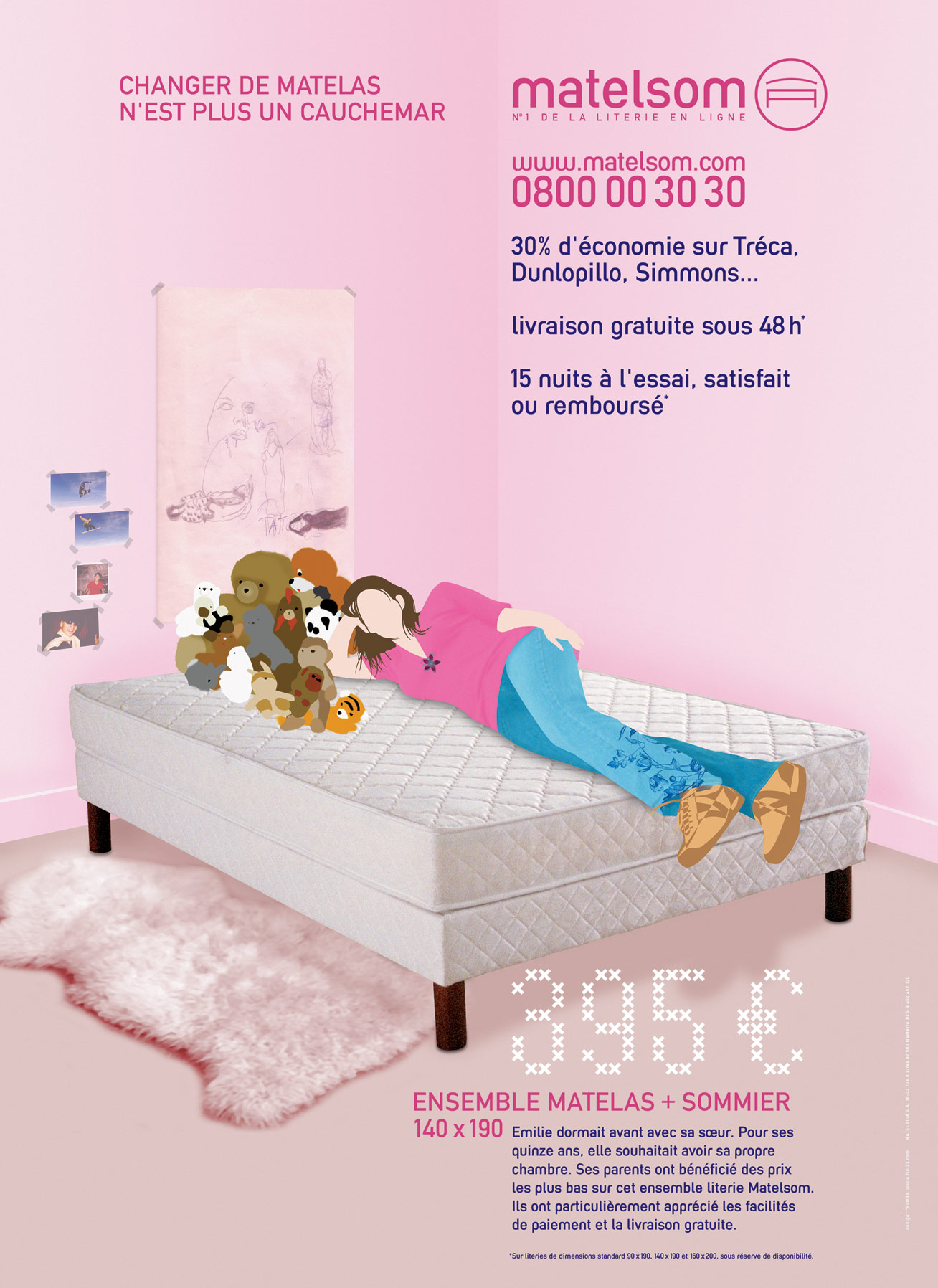 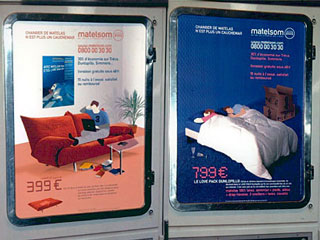 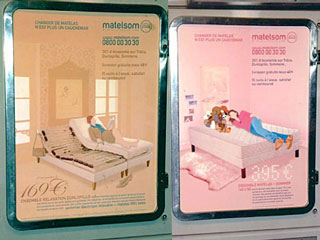 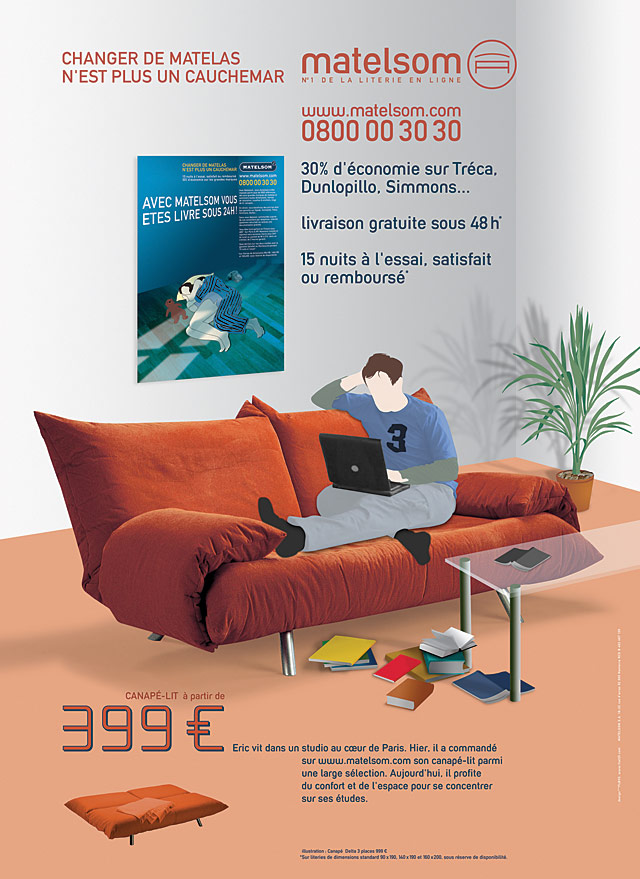 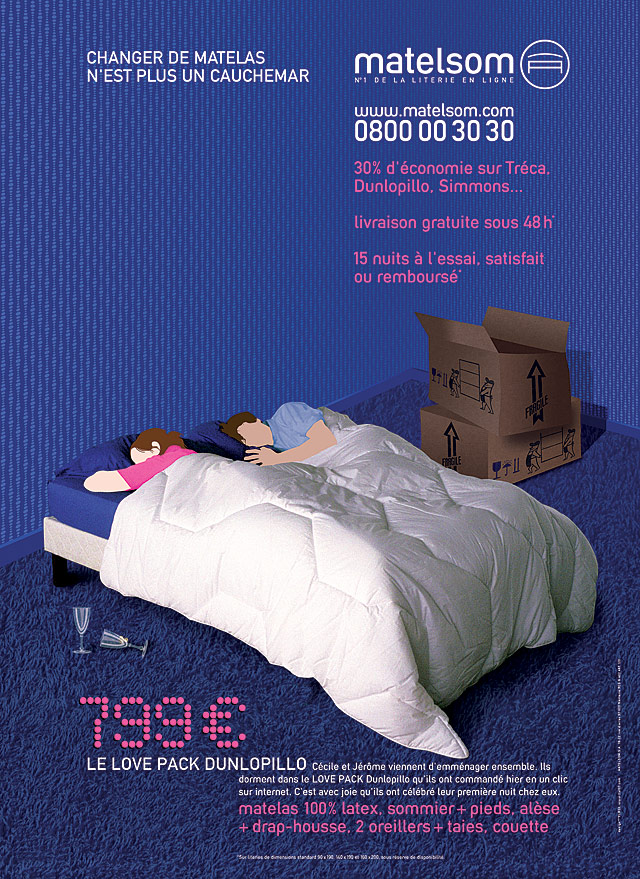 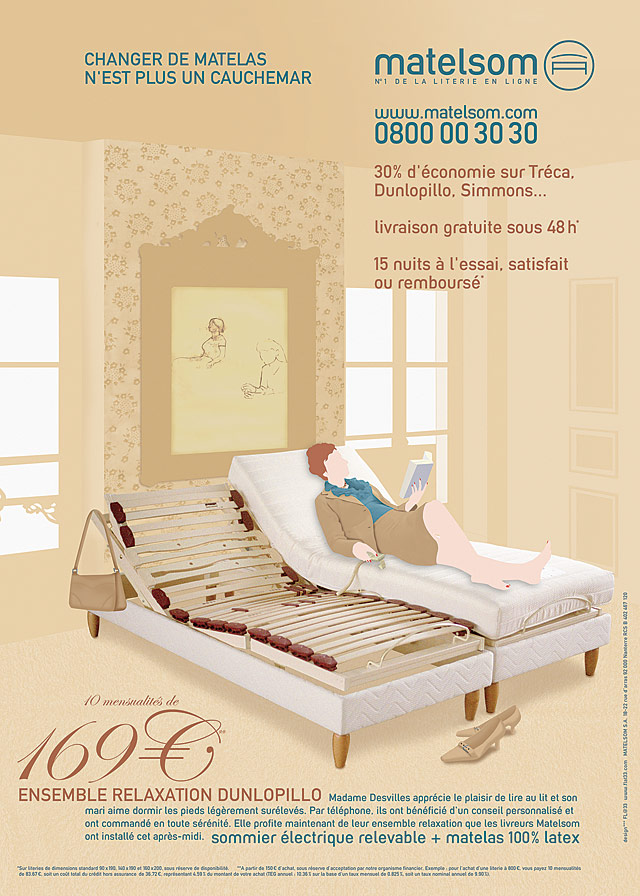 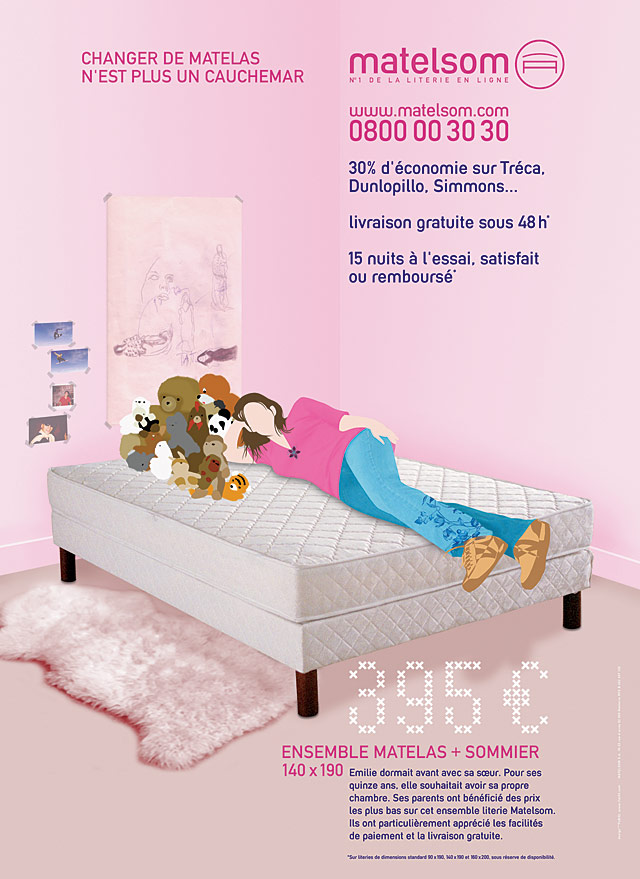