MMM-FESTIVAL | CAMPAIGN 2008
The 2008 online and print campaign was designed as part of an evolving visual identity FL@33 developed for the first annual MMM-Festival – Musiques des Montagnes du Monde that took place in Anzère, Switzerland.
___ The MMM-Festival featured an eclectic mix of music from mountain areas around the world. The annual event was organised three times in three consecutive summers between 2008 and 2010.
___ The event quickly evolved during this time and so did its visual identity.

EVOLVING IDENTITY
The MMM campaign 2008 included the initial logo (2008–2009), T-shirts, A0 and A2-sized festival posters, postcards, and also the first version of the festival's website.
___ The 2008 poster motif already featured three key ingredients that later informed the 2009 and 2010 campaigns. The instrument compositions using the silhouettes of the actual instruments used by the selected musicians and bands, the colour green and last but not least the triangle used here as background pattern and illustrative element (later evolving into the festival's logo).

CREATIVE DIRECTION AND FESTIVAL CURATION
In 2010 – two years afterwards – FL@33's responsiblities and involvement in the creative direction of the music festival exceeded those of previous years as FL@33's very own Agathe Jacquillat also curated the MMM-Festival 2010 while also working closely with the organsation team and keeping an eye on FL@33's design and communications part of the complex work.
___ All this happened as an hommage to the festival's founder who sadly and unexpectedly passed away in early 2010. 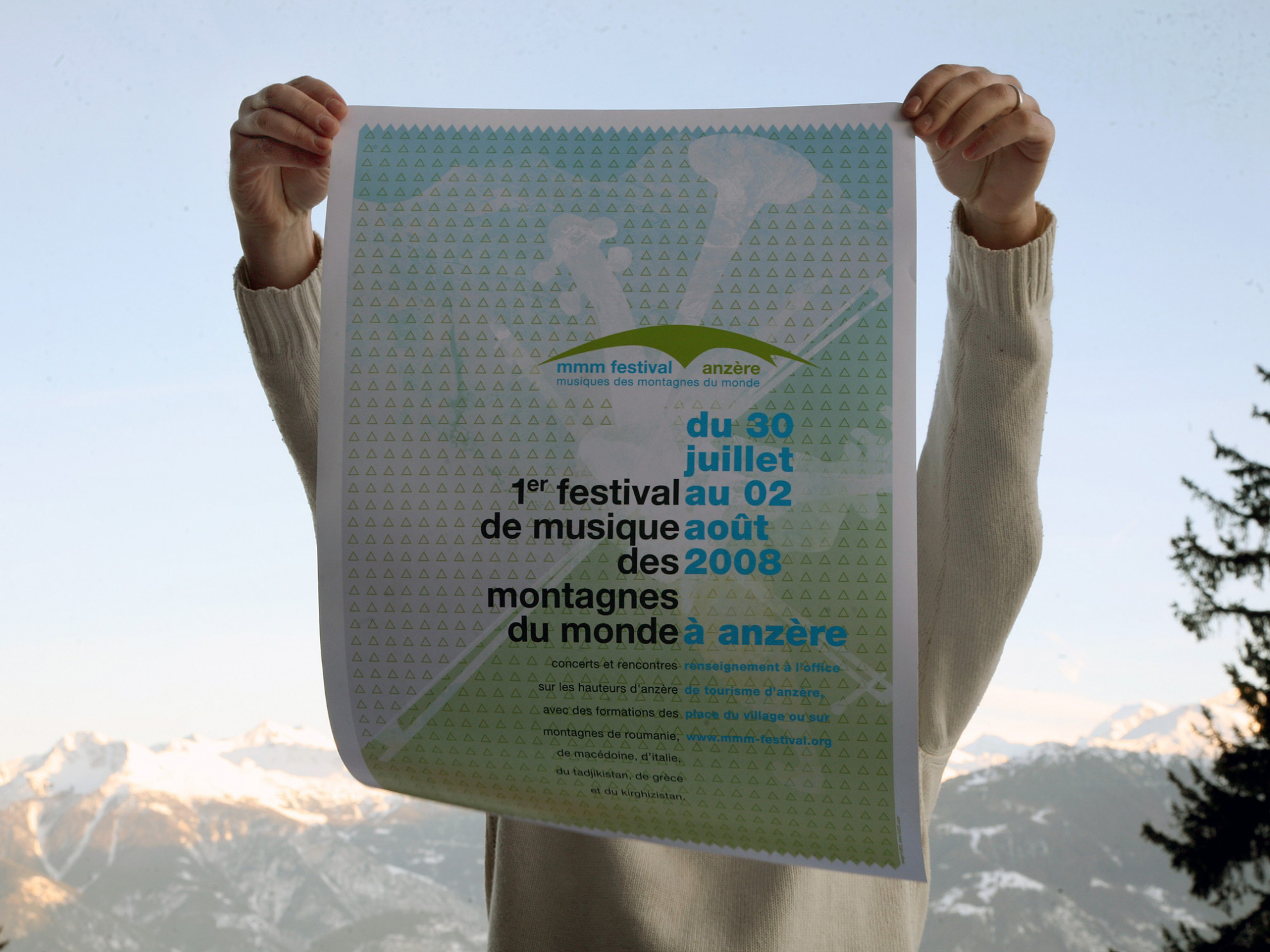 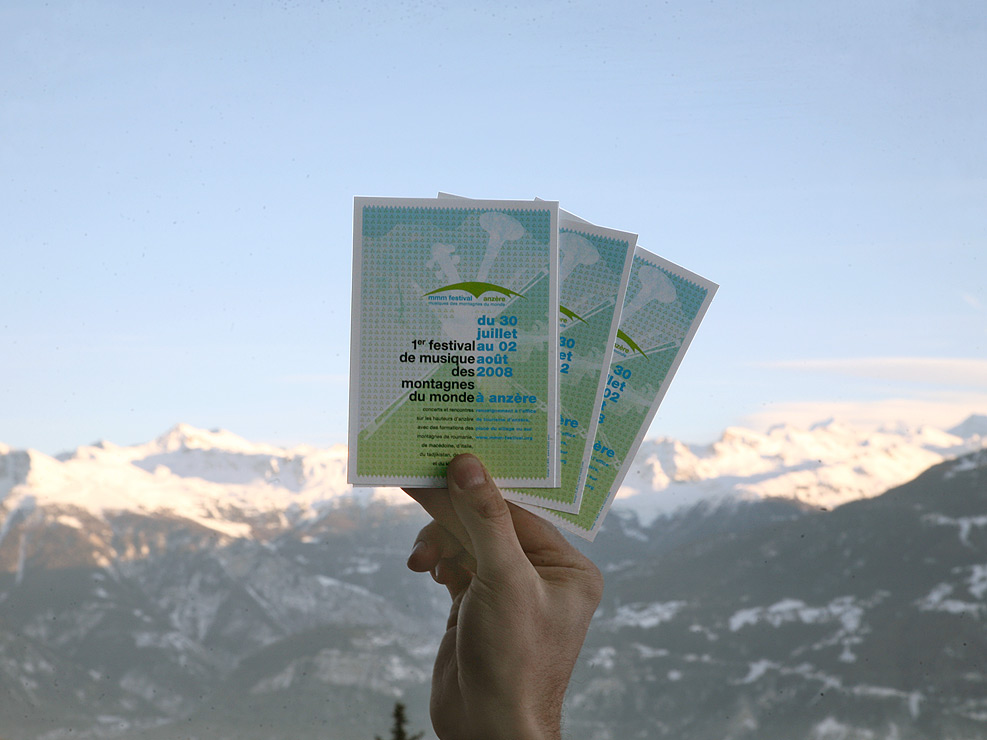 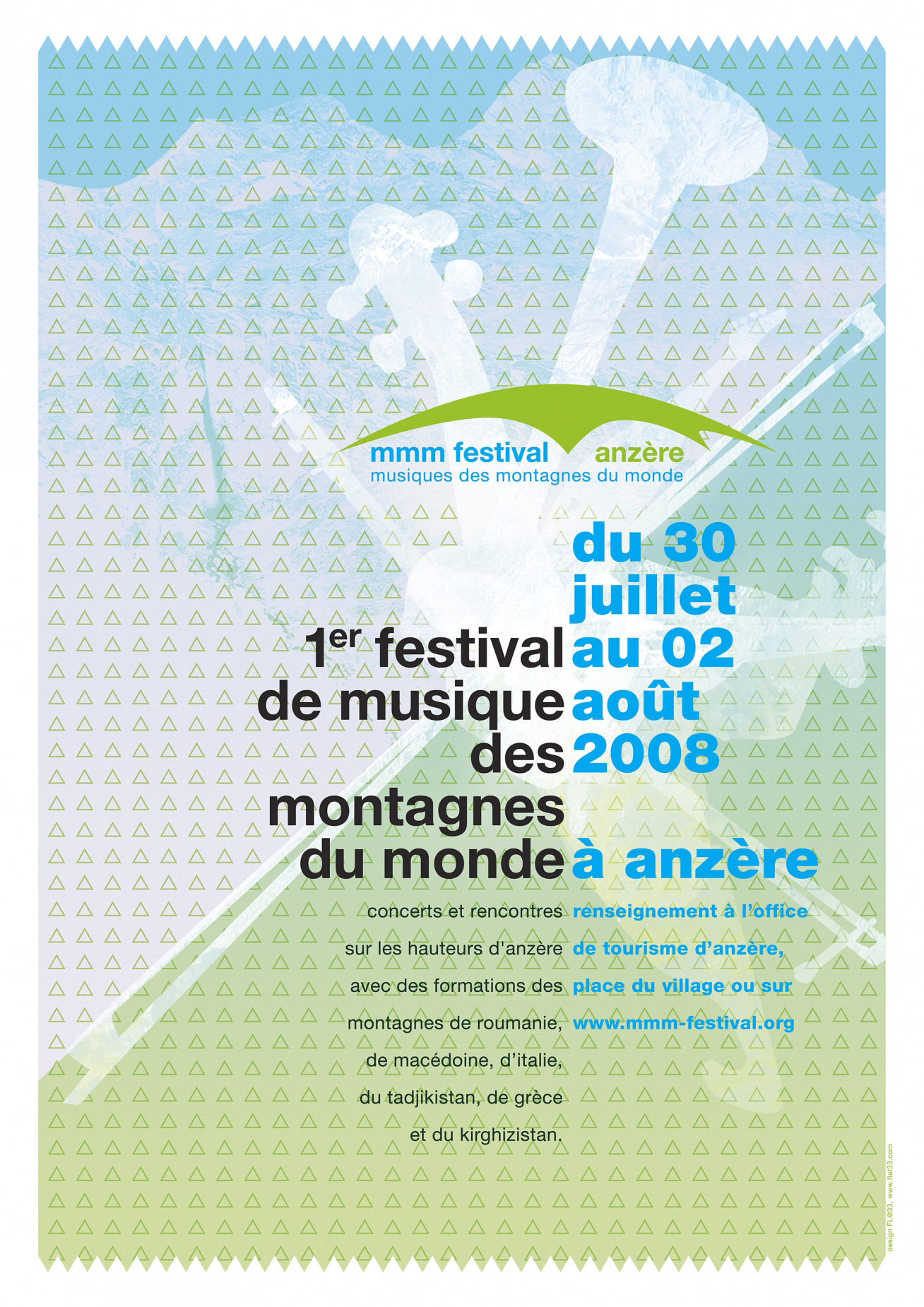 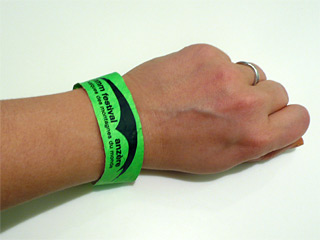 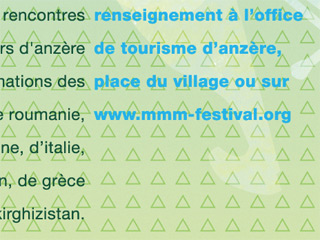 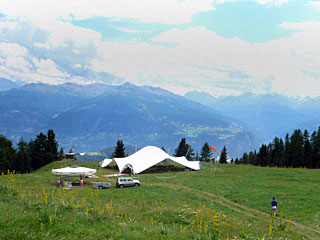 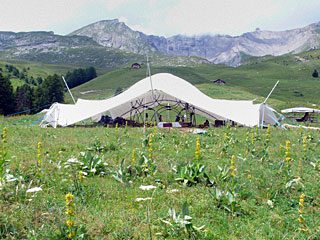 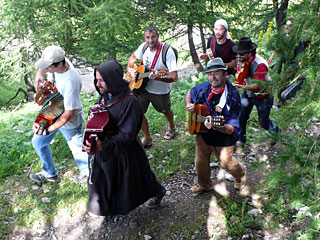 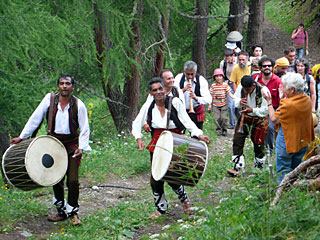 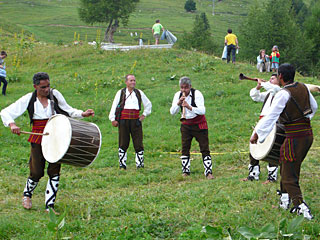 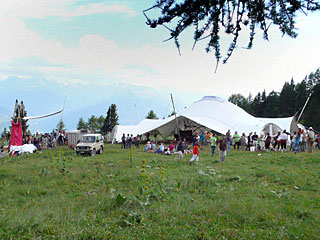 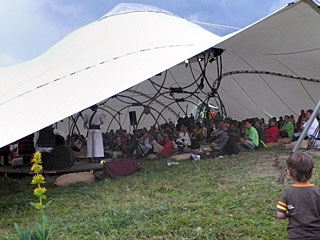 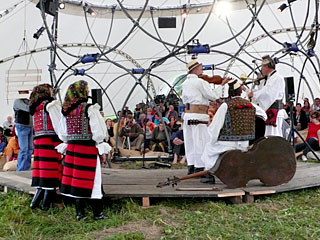 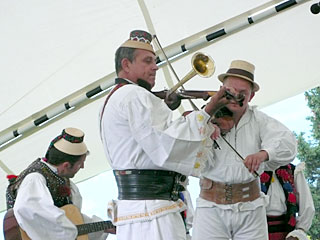 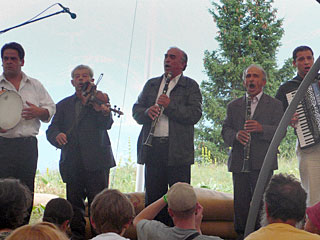 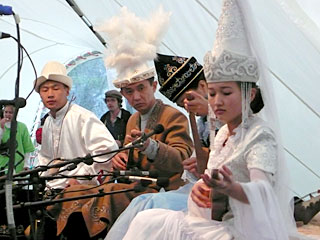 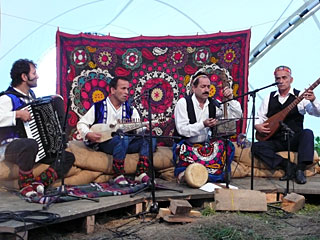 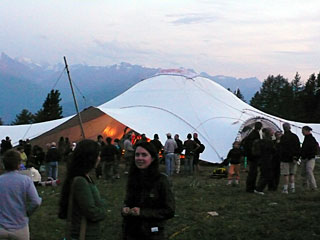 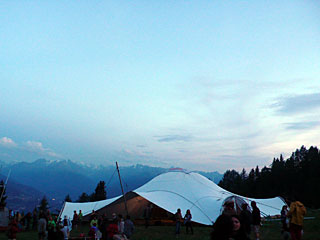