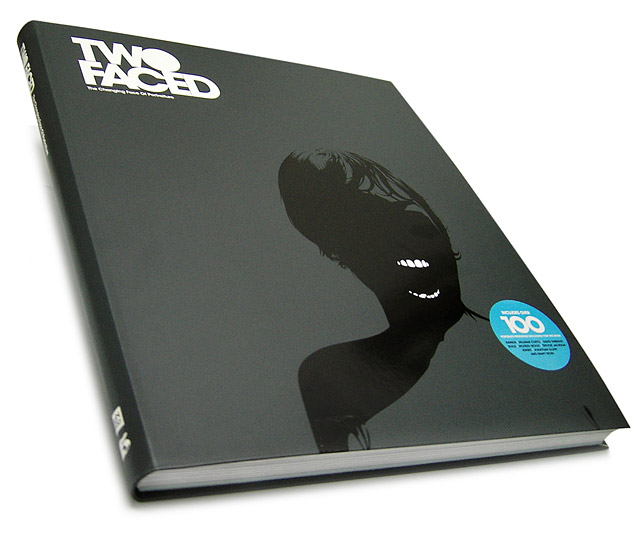 TWO FACED BOOK | ANTOINE+MANUEL PORTRAIT
FL@33 was invited by Darren Firth (formerly Wearitwithpride / WIWP) to select a designer or image maker and portrait them for the Two Faced book published by Hong Kong-based idN world.
___ We teamed up with French duo Antoine+Manuel who previously already collaborated with us to contribute button badges for Stereohype's ongoing B.I.O. (by invitation only) series. They are also showcased in the design&designer monograph series by Pyramyd where FL@33 is published in.
___ Shown here are two book spreads and a few details of the artworks themselves. The FL@33-designed portrait of Antoine+Manuel was created in a way that a new hybrid face emerges. Also shown here is the FL@33 portrait created by Antoine+Manuel – a funny hand-drawn illustration.

TWO FACED BOOK | OFFICIAL BLURB
'Portaits of some of the most talented and influential creatives of the last decade.'
___ Selected artists and designers were paired off and given the task of creating a portrait of the person/collective they had been teamed up with. They could be abstract or photo realistic, hand drawn or digitally composed, they could even have something manufactured, like a toy or sculpture.
___ Everyones final pieces were then compiled into a book (published in April 2007 by idN) and book launch exhibitions were held in Hong Kong and London, showcasing selected work.
___ The final book – entitled Two Faced: The Changing Face of Portraiture has an introduction by Adrian Shaughnessy. 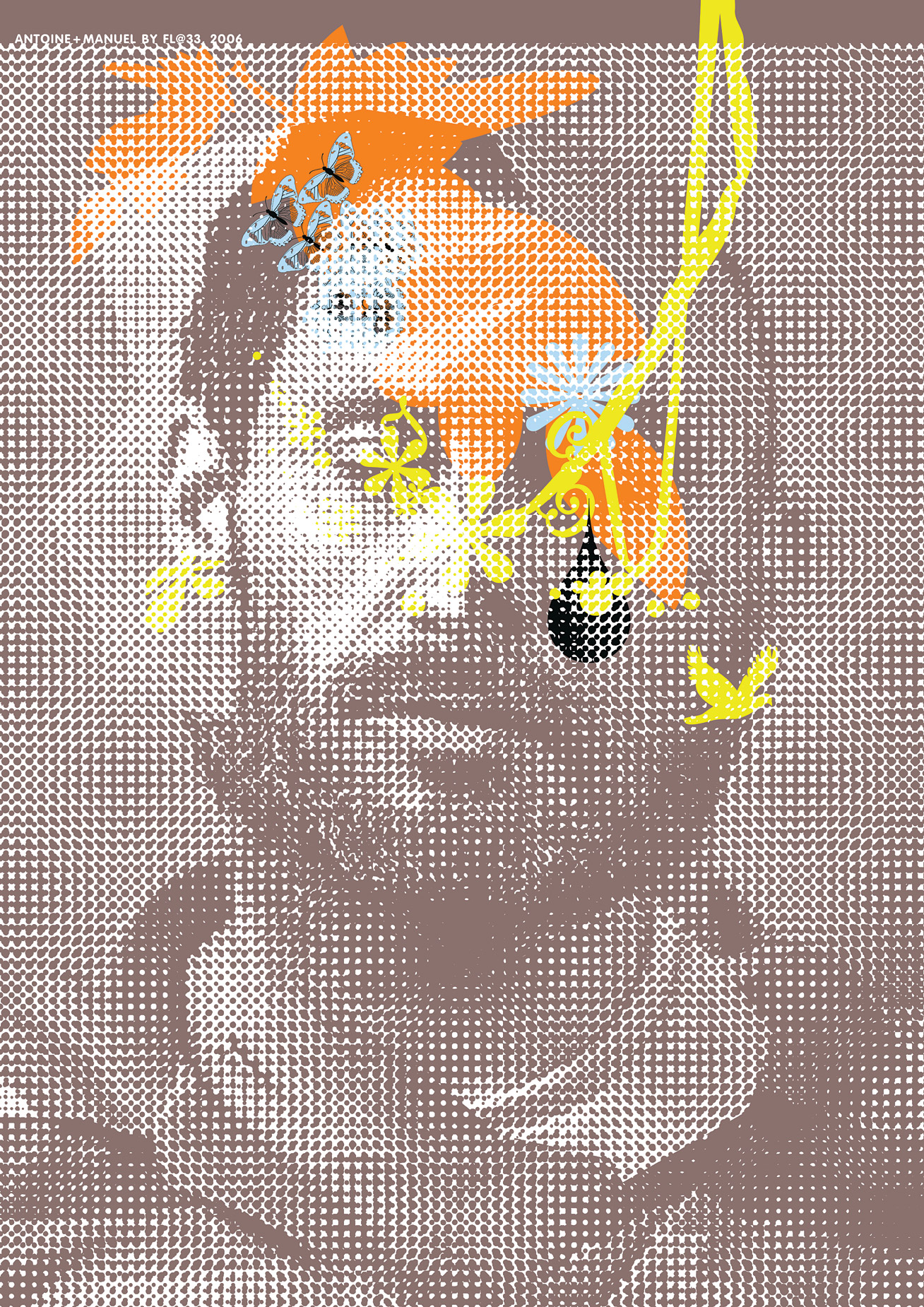 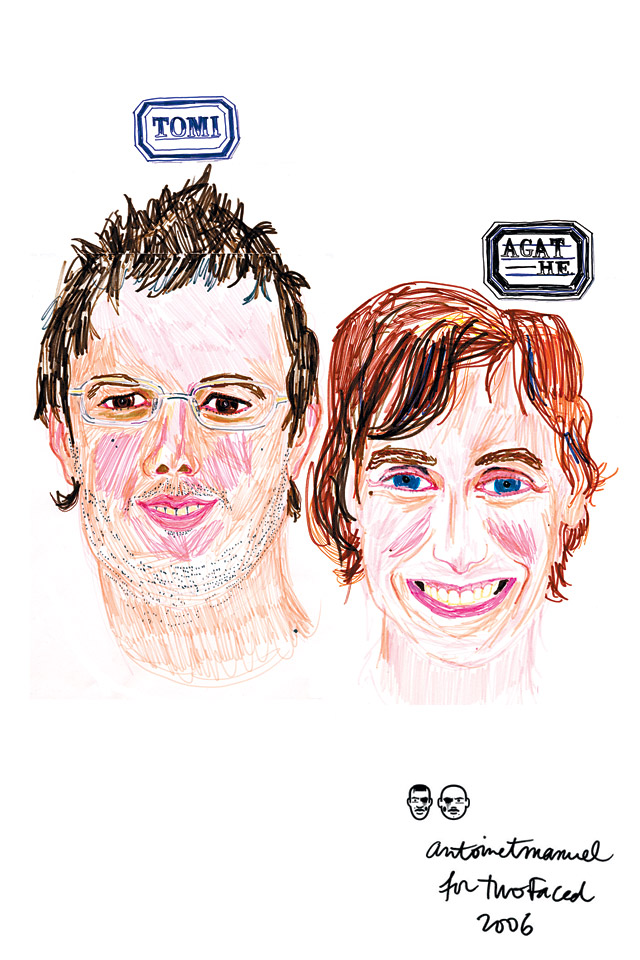 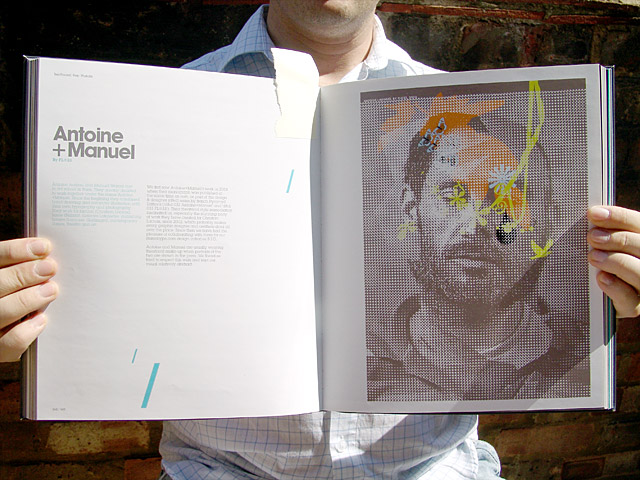 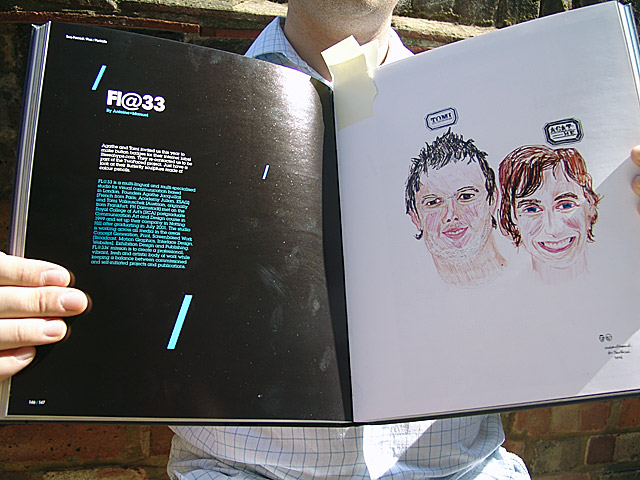 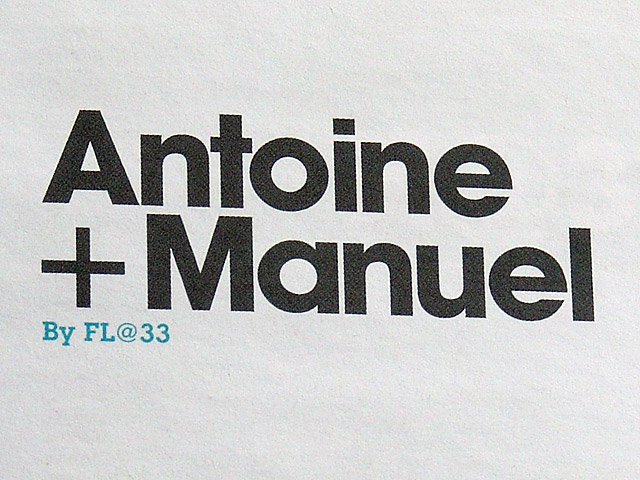 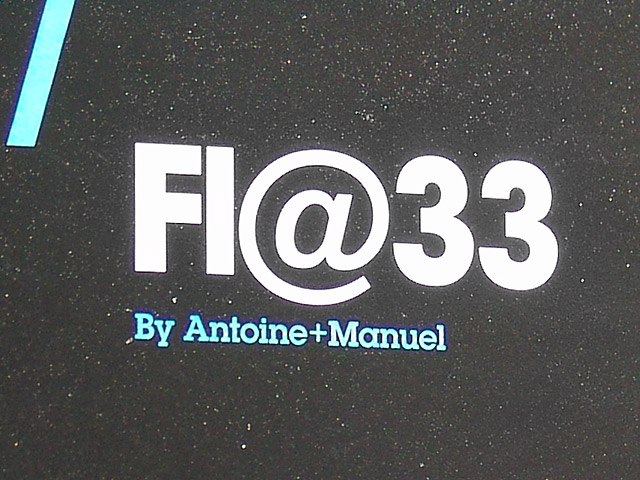 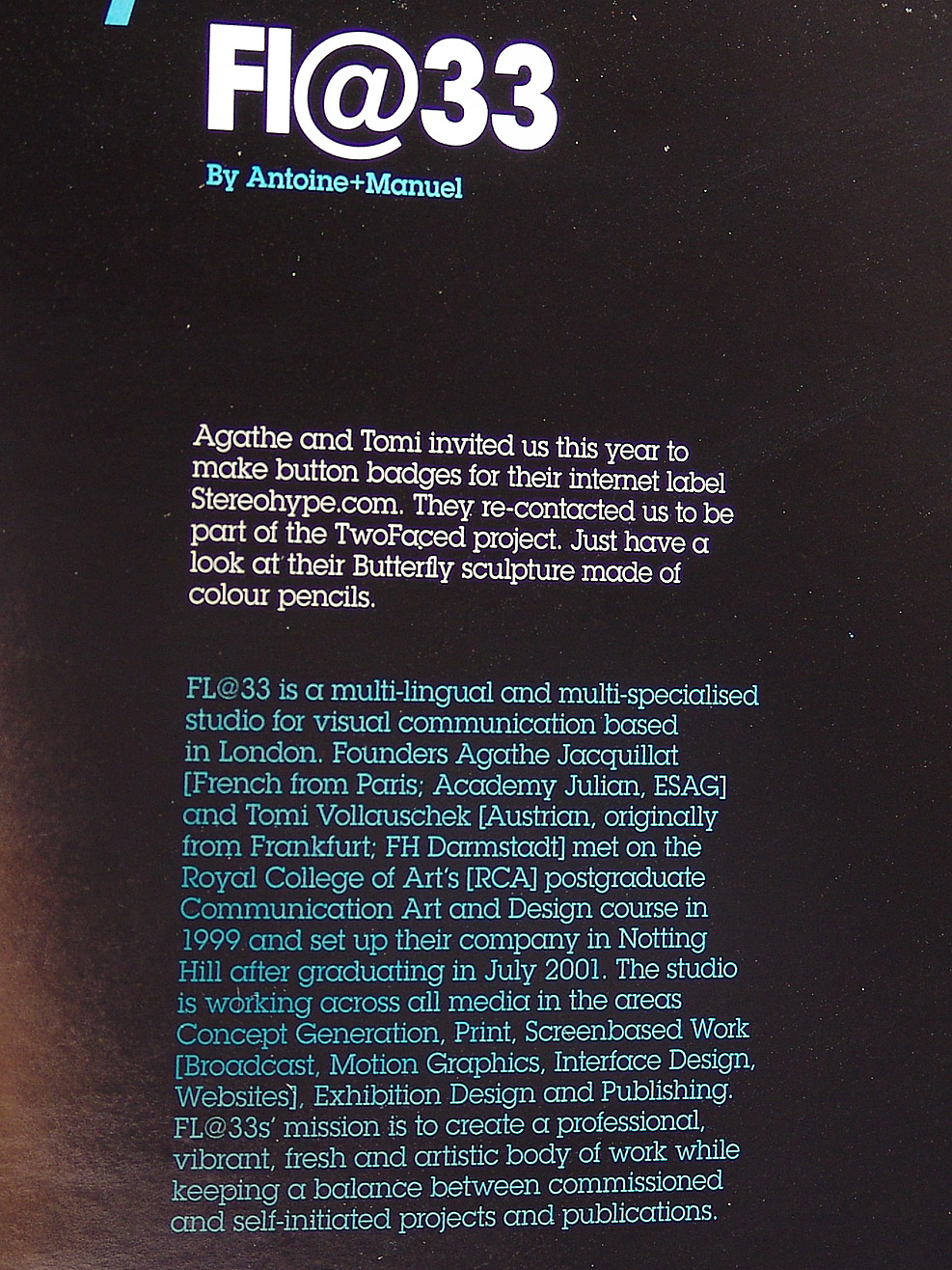 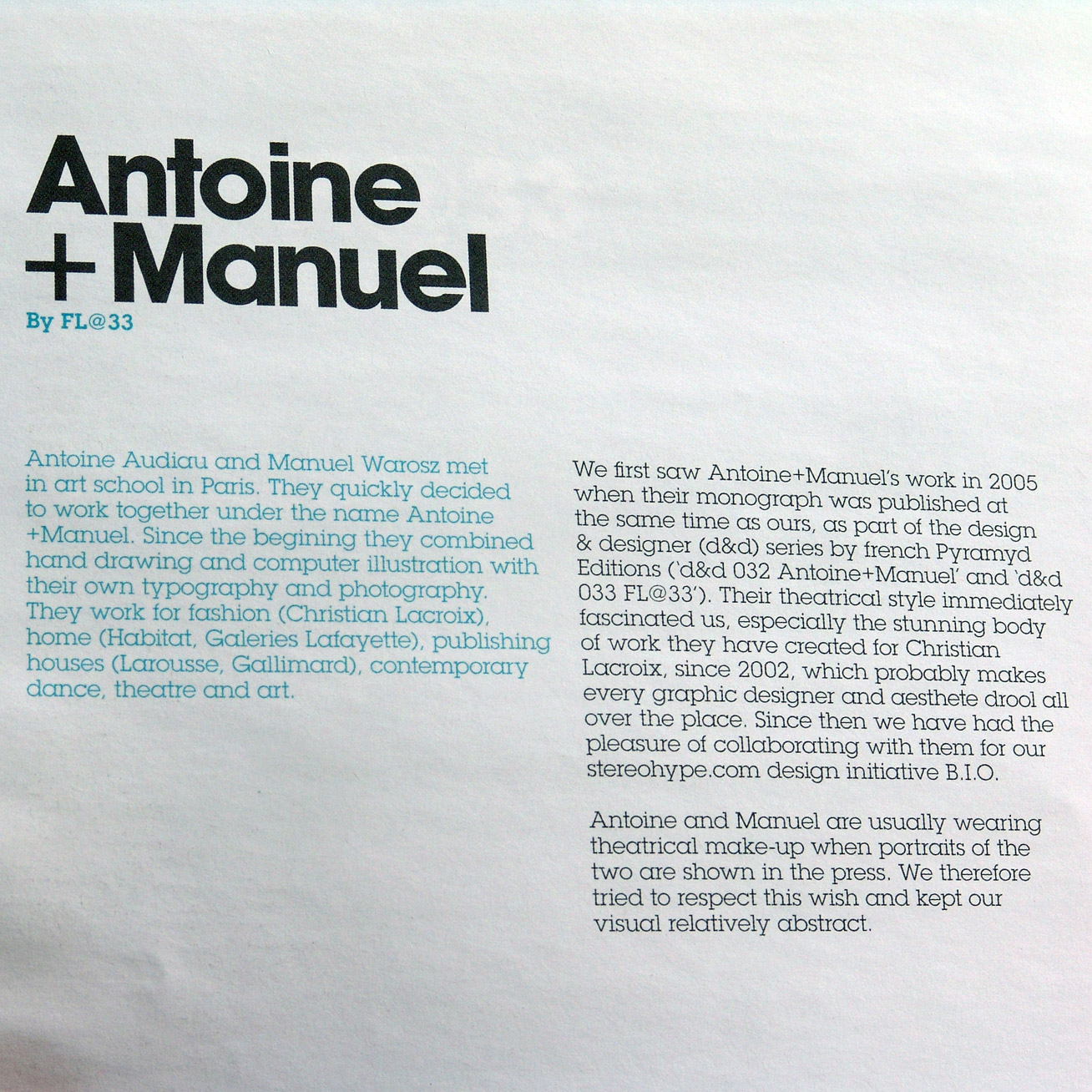