SOUTHBANK CENTRE / ROYAL FESTIVAL HALL | CLASSICAL MUSIC CAMPAIGN
We were approached by the Royal Festival Hall's (RFH) inhouse art director at the time – John Pasche (creator of the Rolling Stones logo – although we admittedly didn't make the connection at the time). Story goes that before getting in touch with us he had to convince his marketing department with FL@33's Trans-form magazine in hand that if we – non-inhouse designers – can make tower cranes look beautiful we would surely do a magnificant job with The RFH's Classical Music Campaign.
___ We were commissioned in April 2002 for the campaign that run from autumn 2002 until summer 2003. ___ FL@33's responsibilities were concept generation, photography and compositions for a teaser series used by the RFH's inhouse designers as deviders in RFH's classical music brochures, images for posters and cover images for seasonal brochures and leaflets covering Classic International Series, International Piano Series, International Chamber Music, Current Music Series, Early Music Series, International Orchestral Music and Fresh Series.
___ We were given access by John Pasche to numerous RFH studio spaces and very kind musicians willing to pose for us and bring their instruments along, too, for close-up shots we later used to create the visuals. 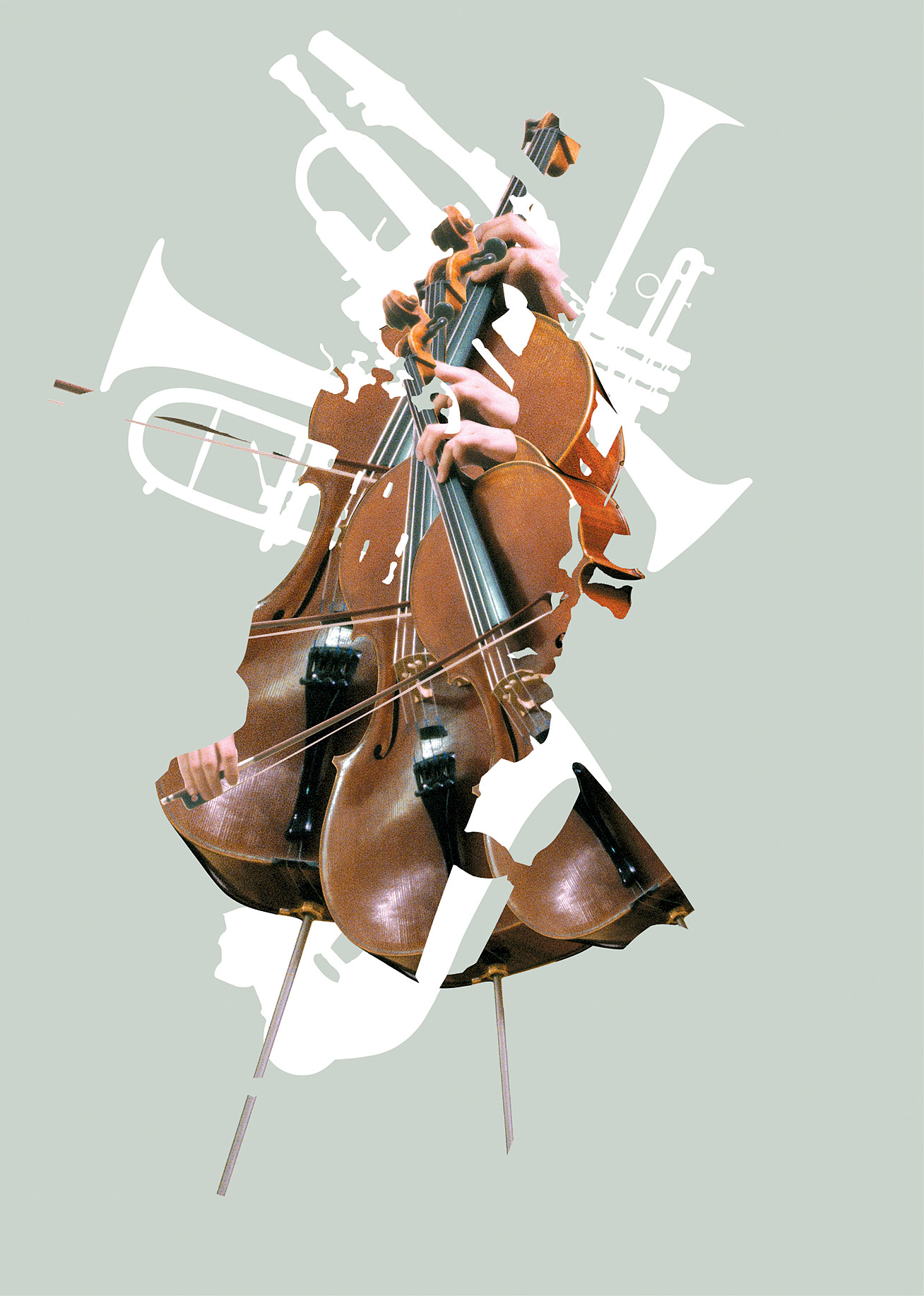 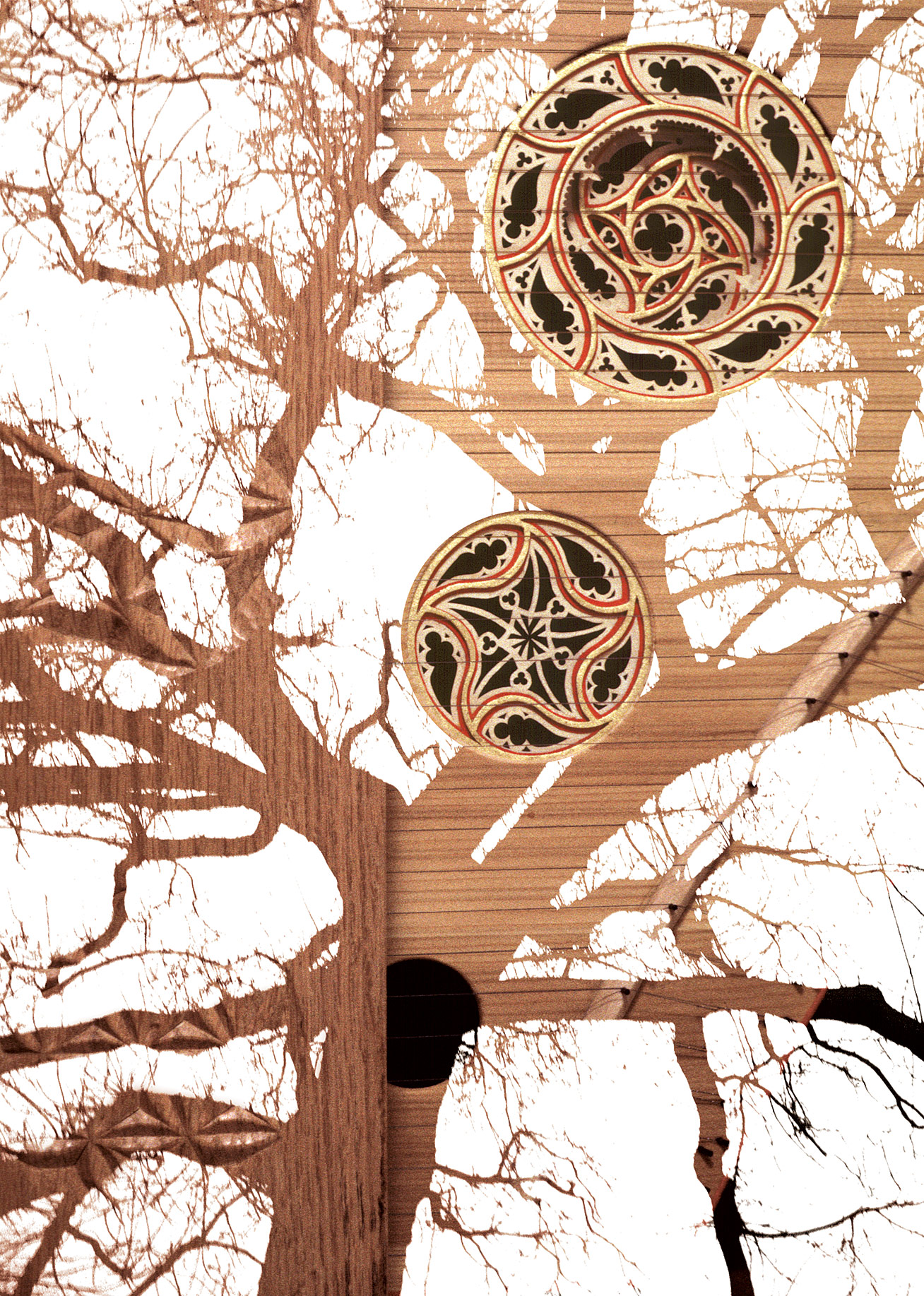 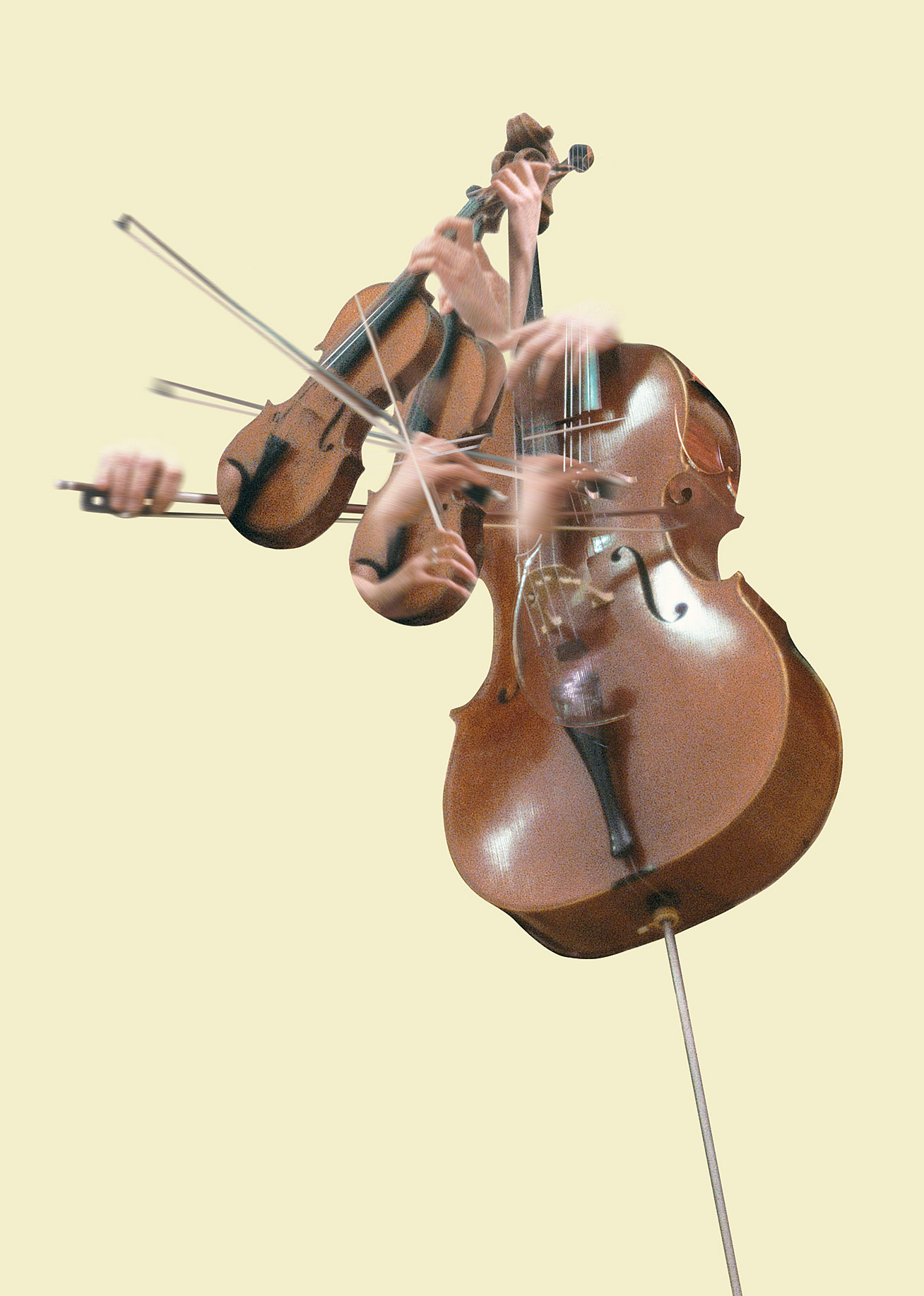 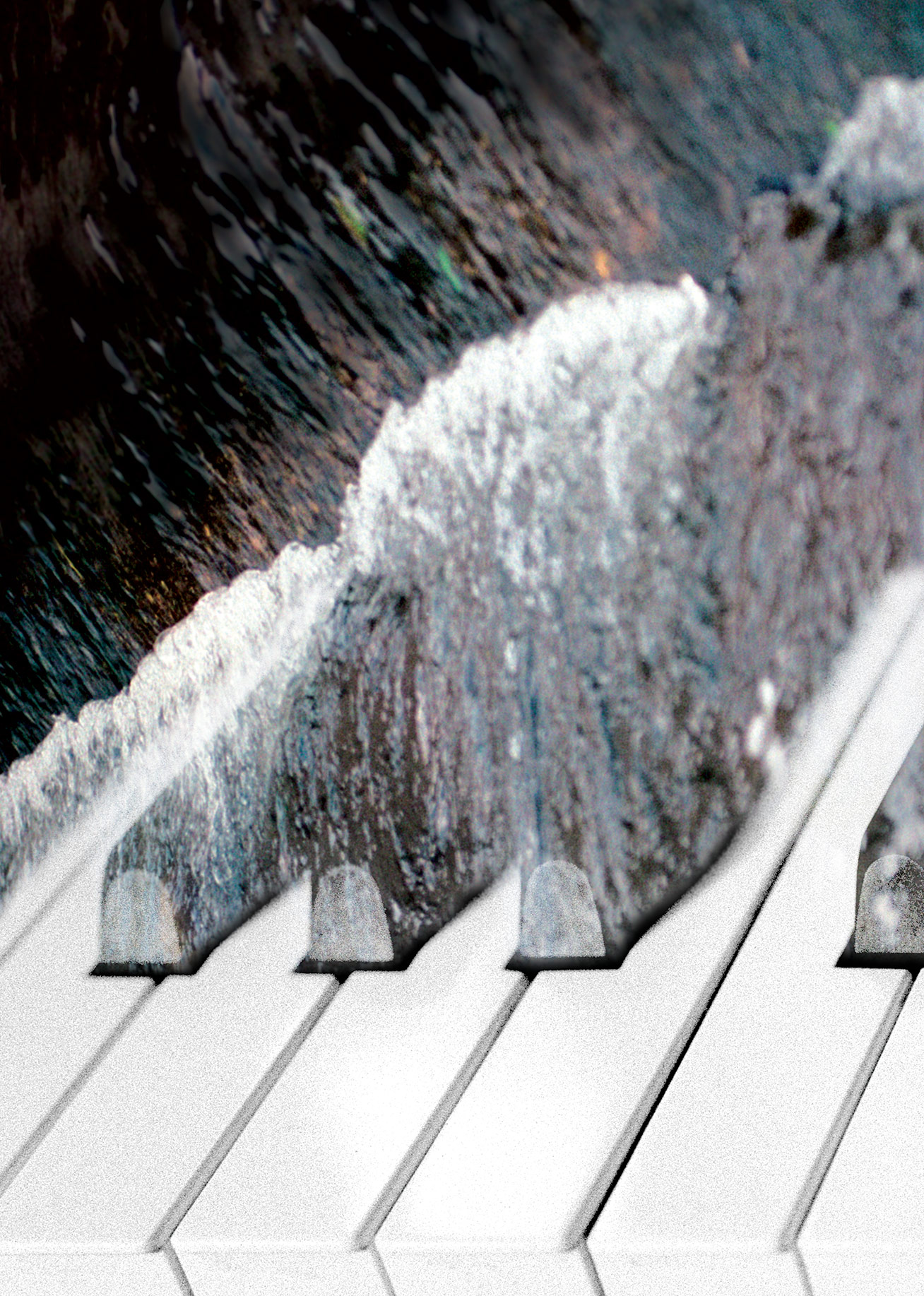 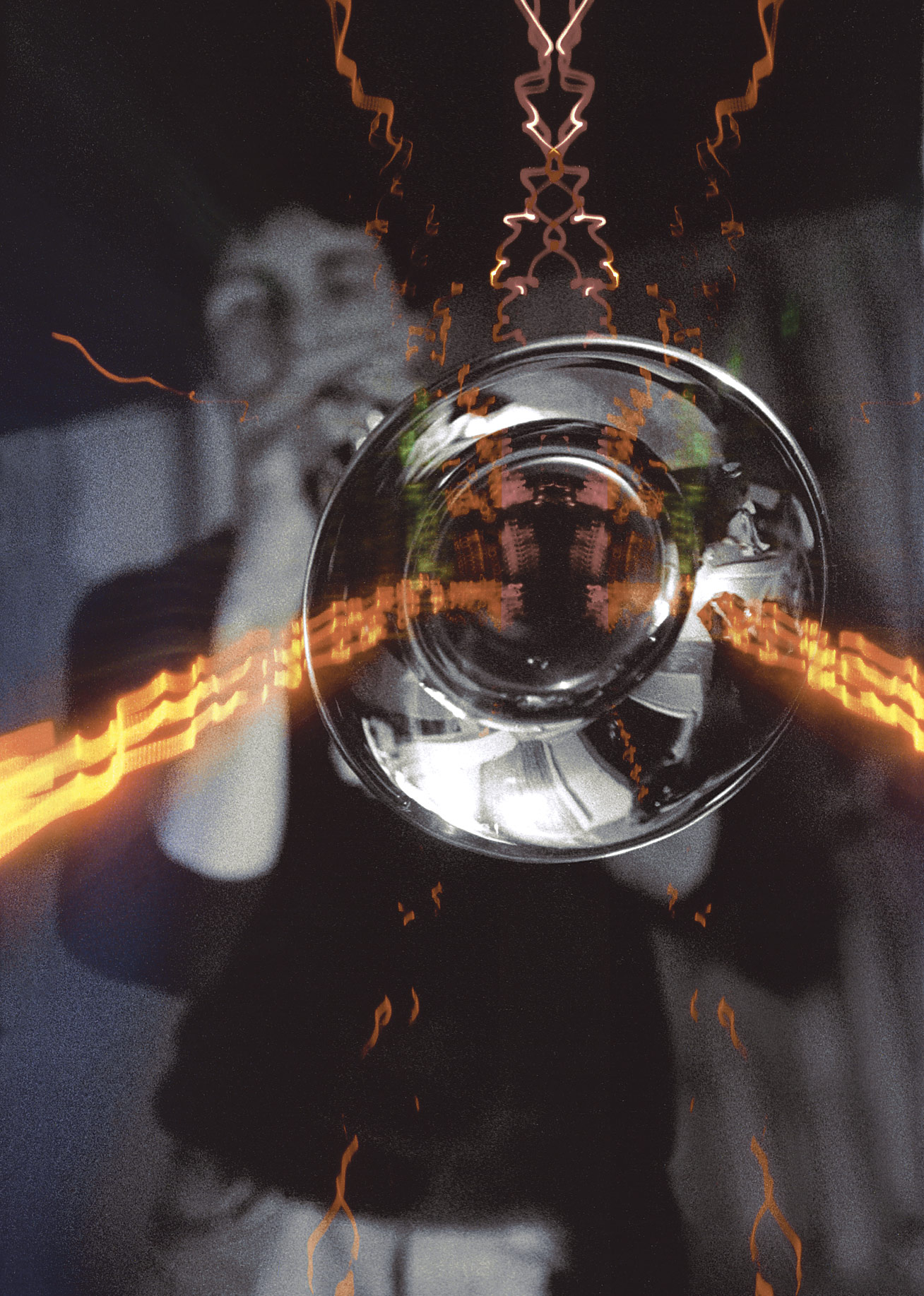 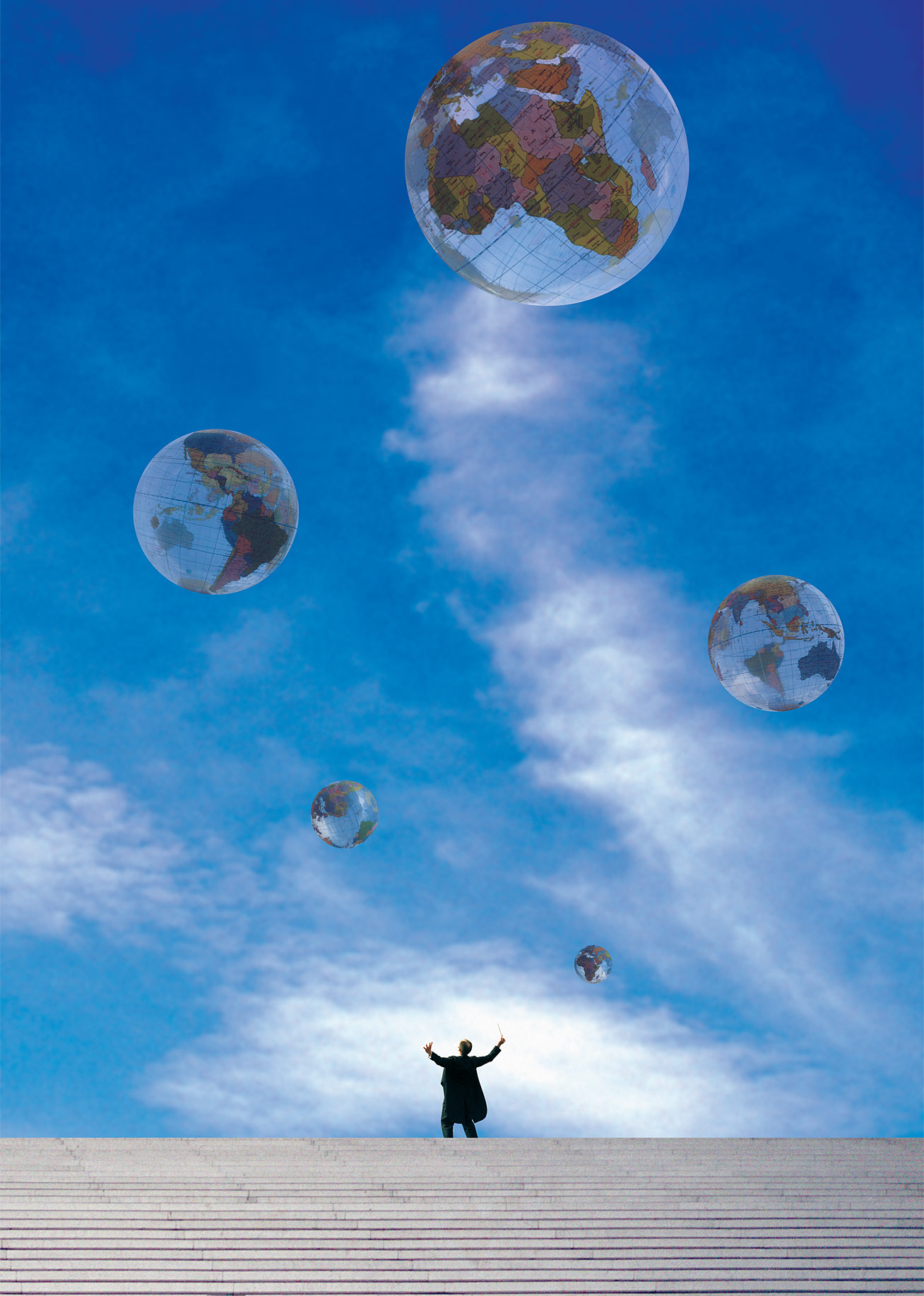 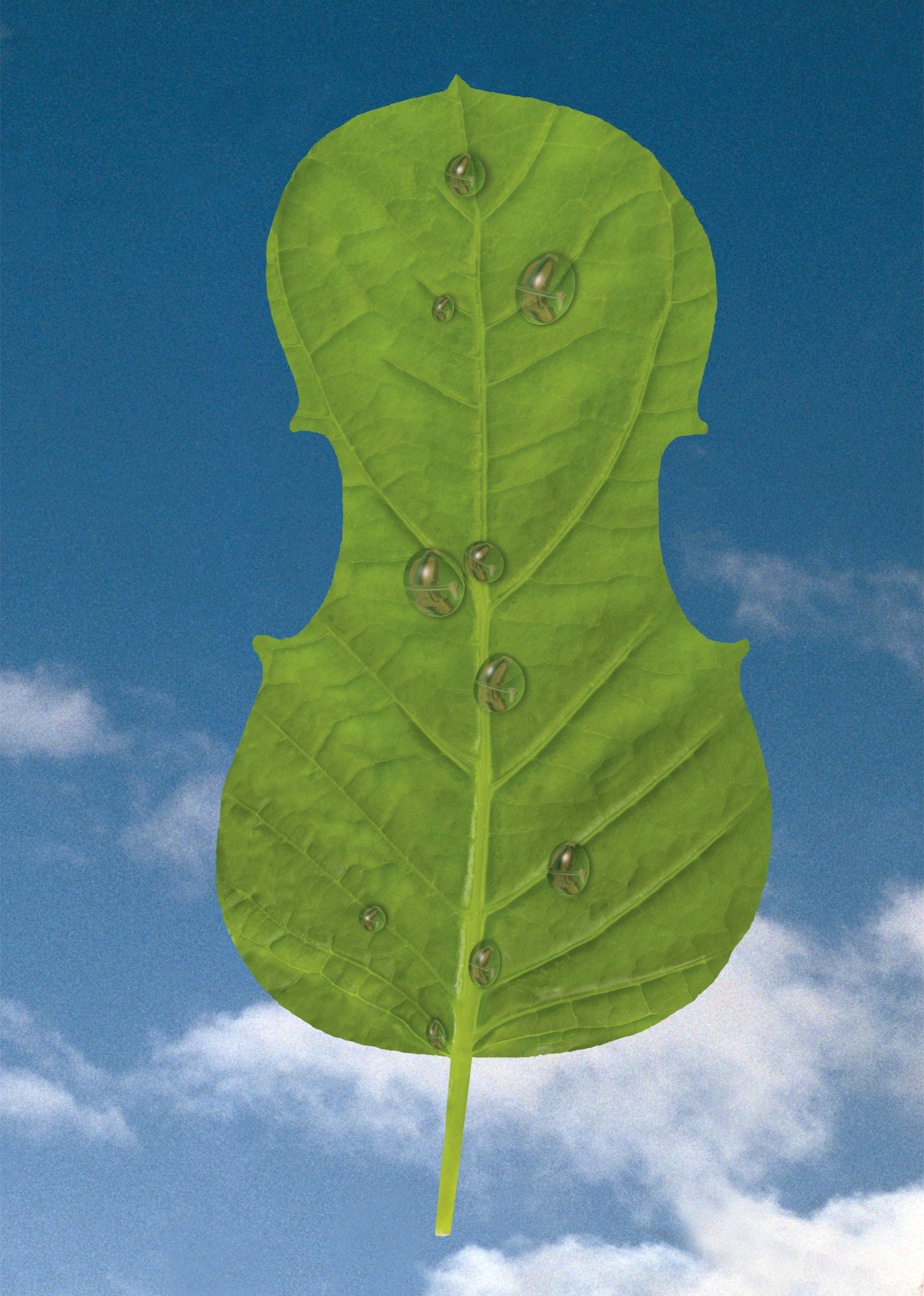 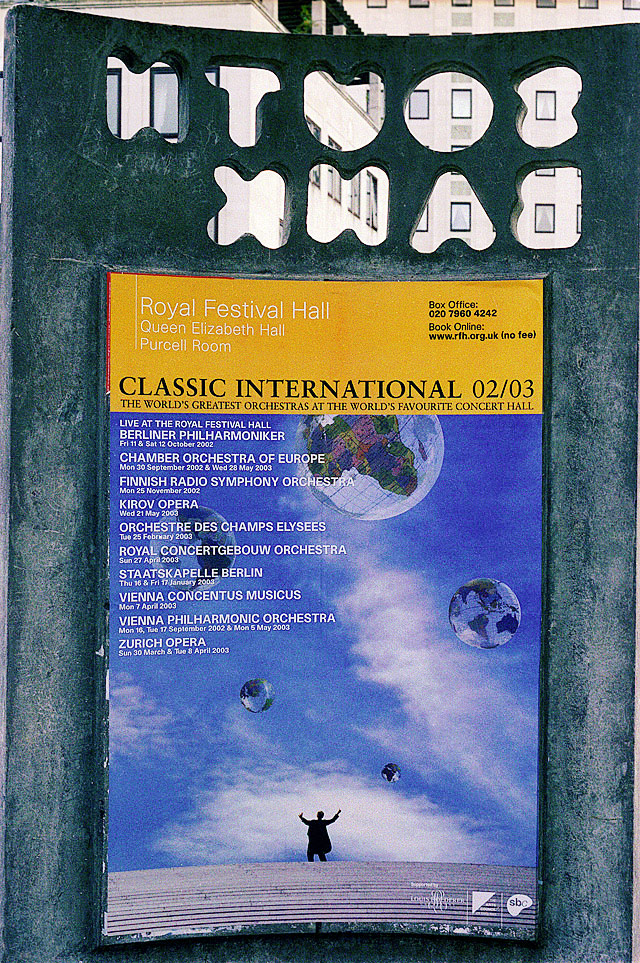 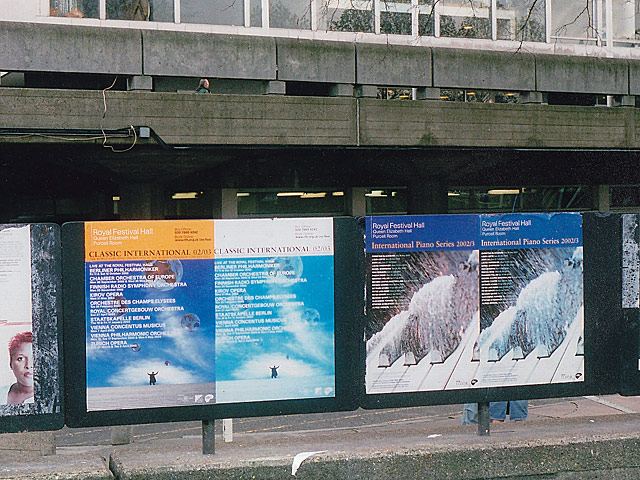 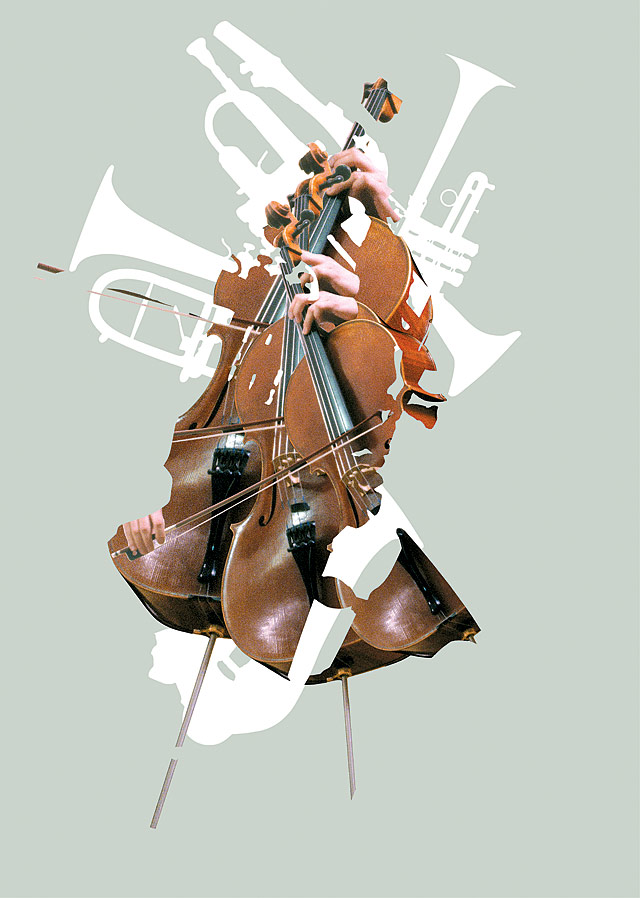 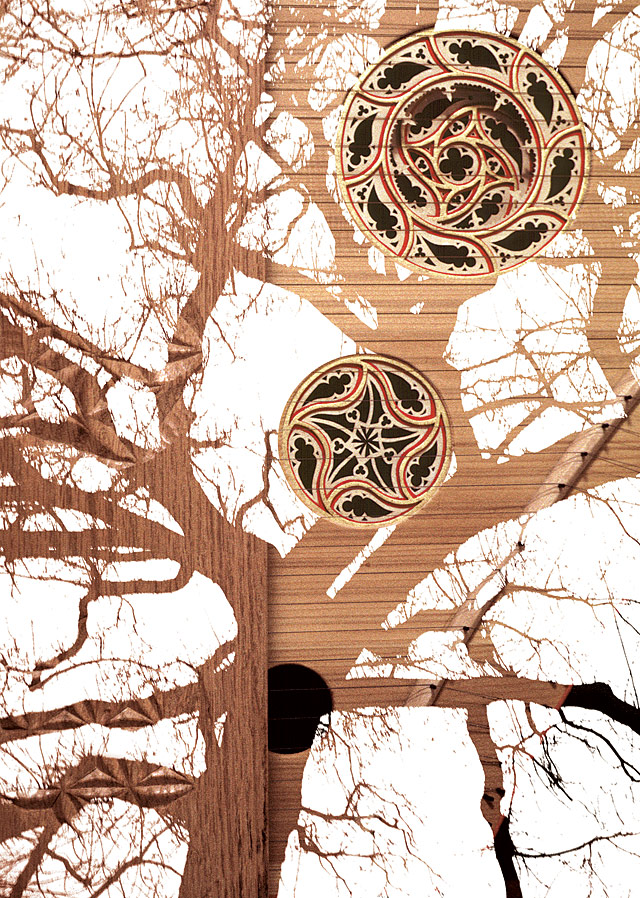 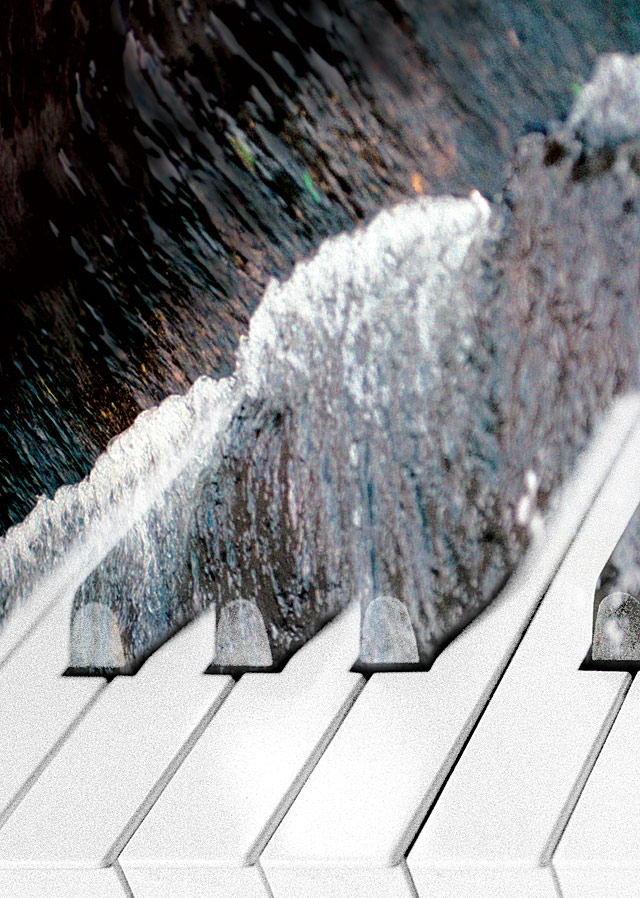 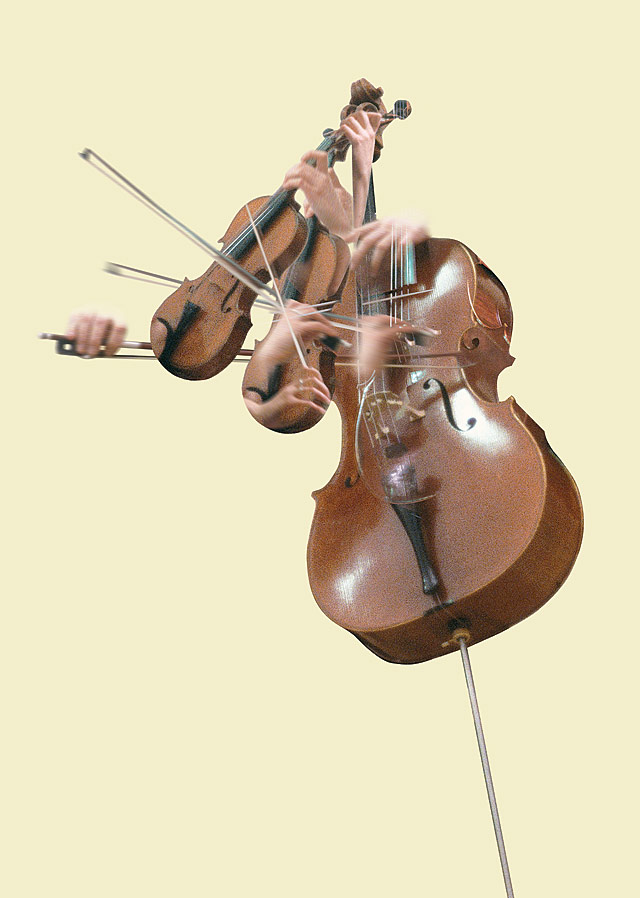 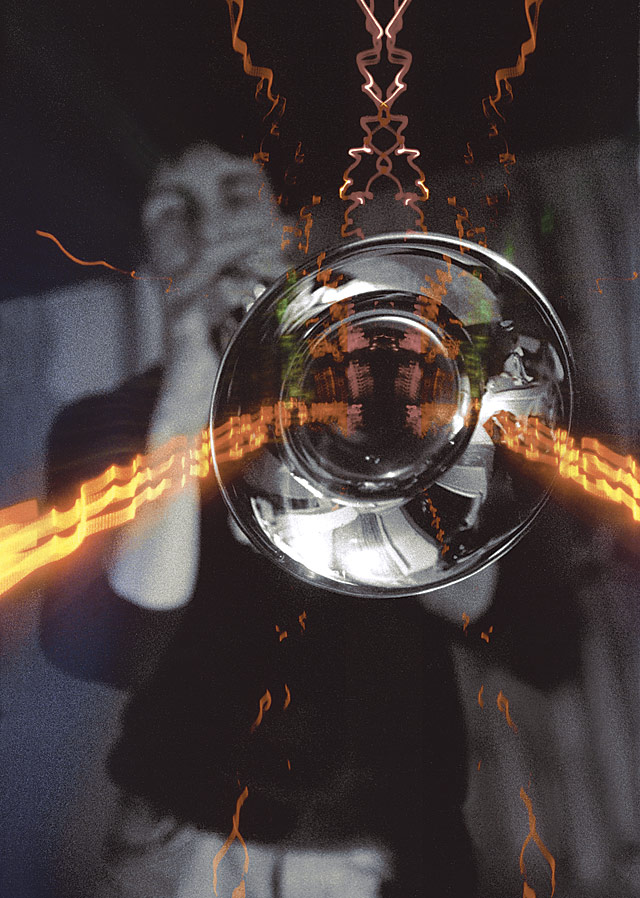 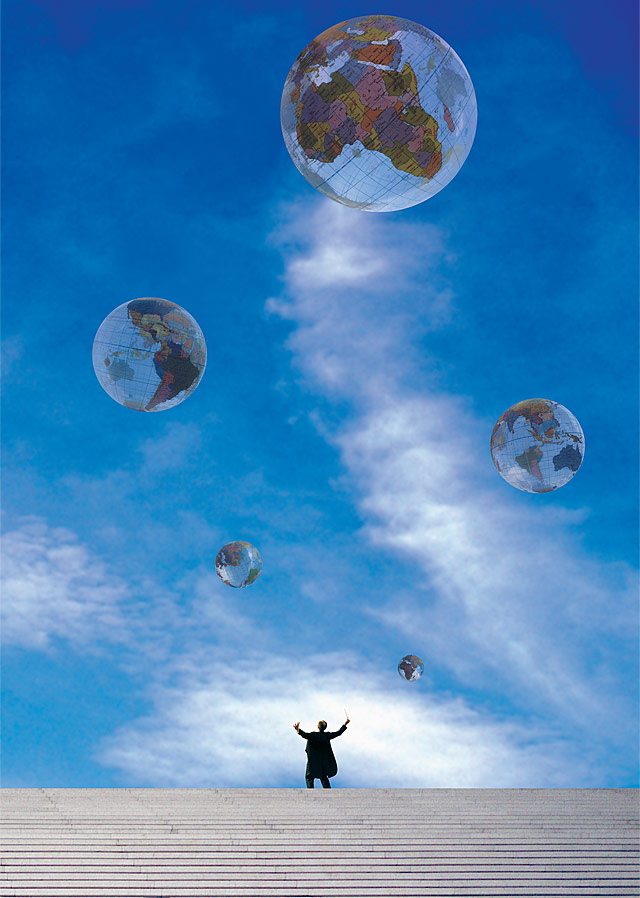 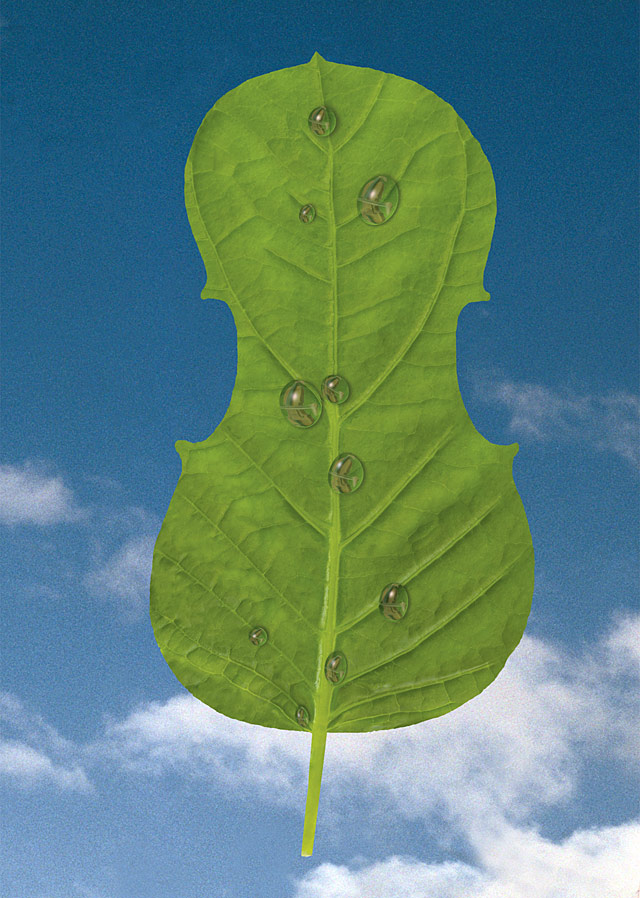 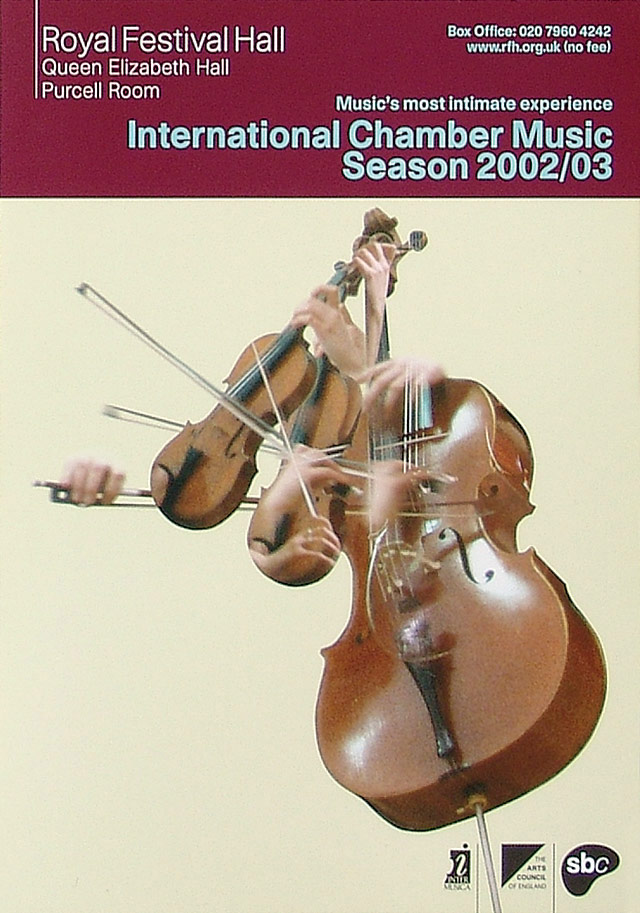 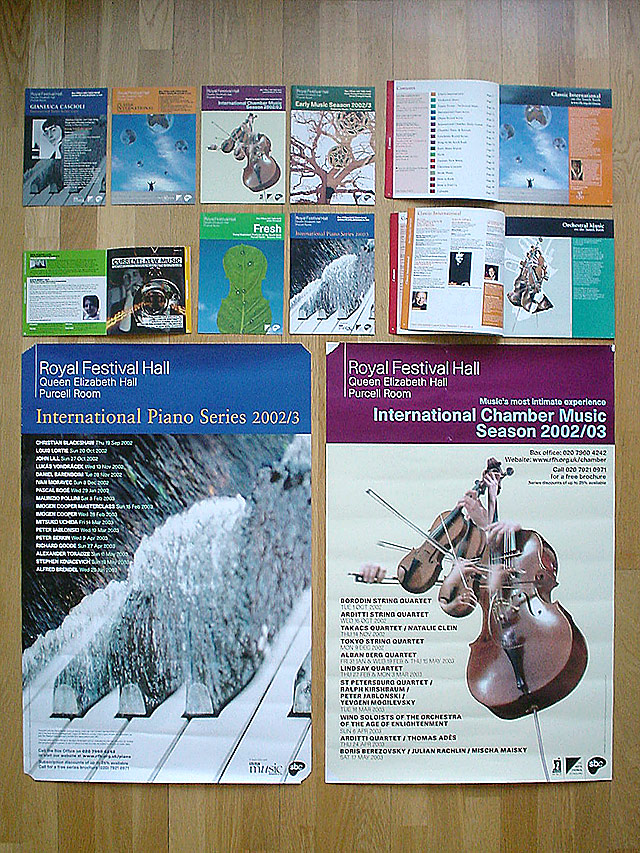 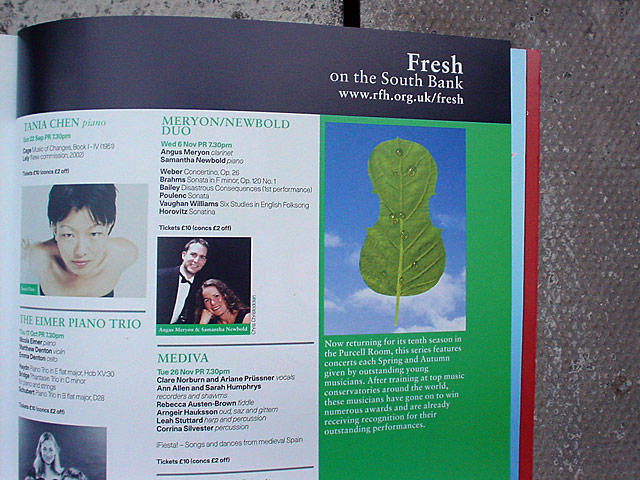 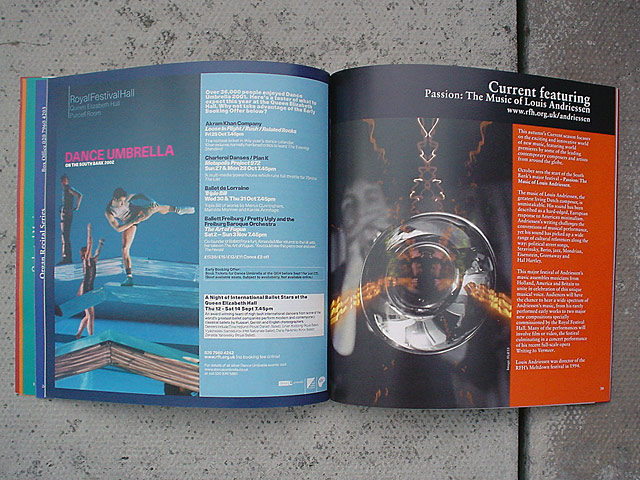 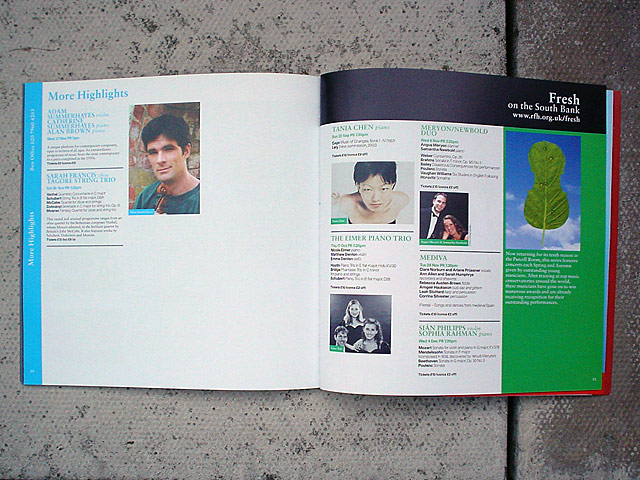 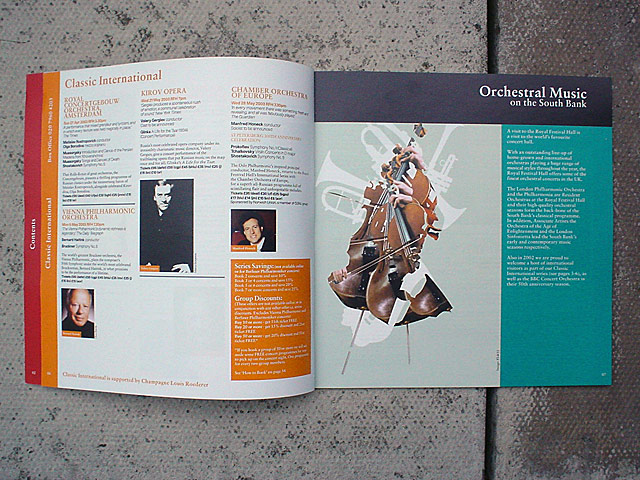 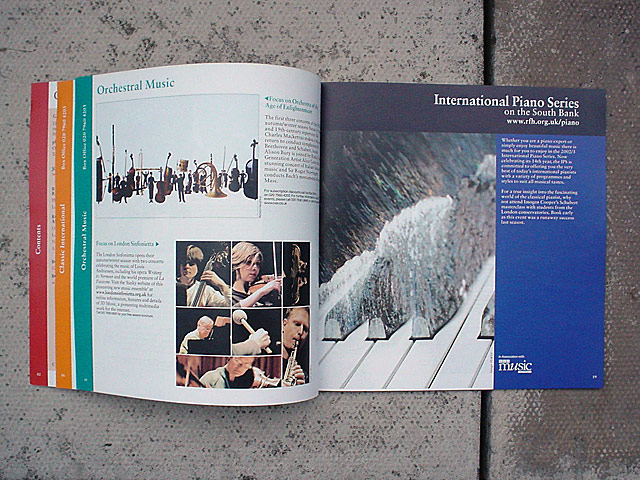 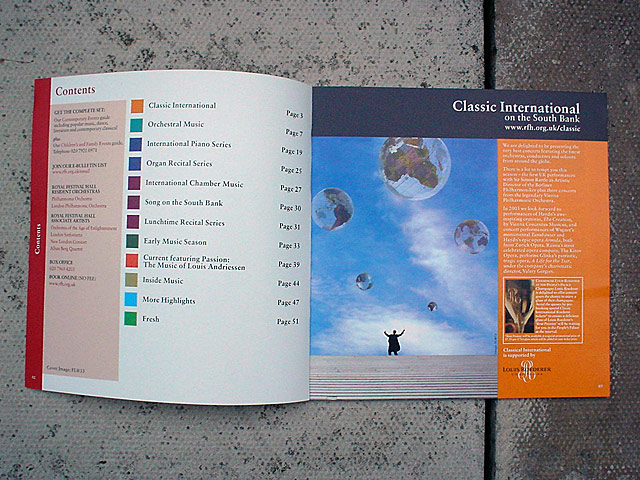 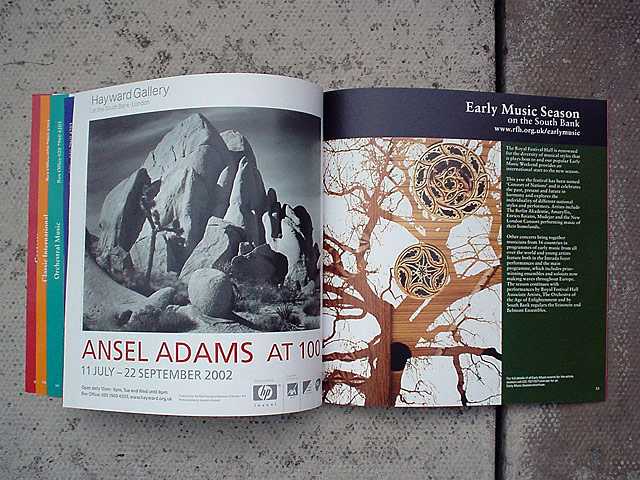 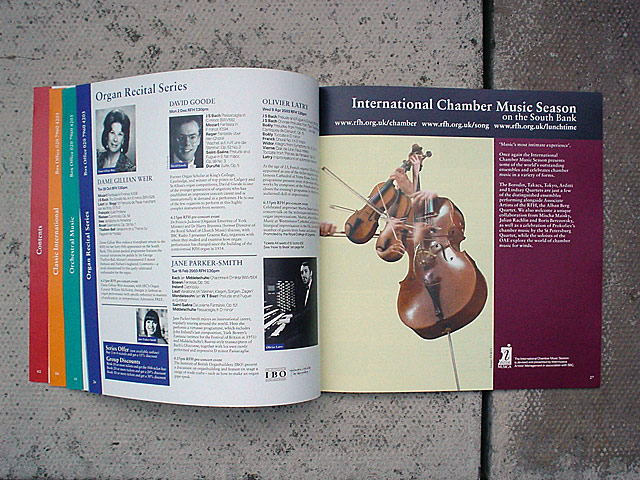 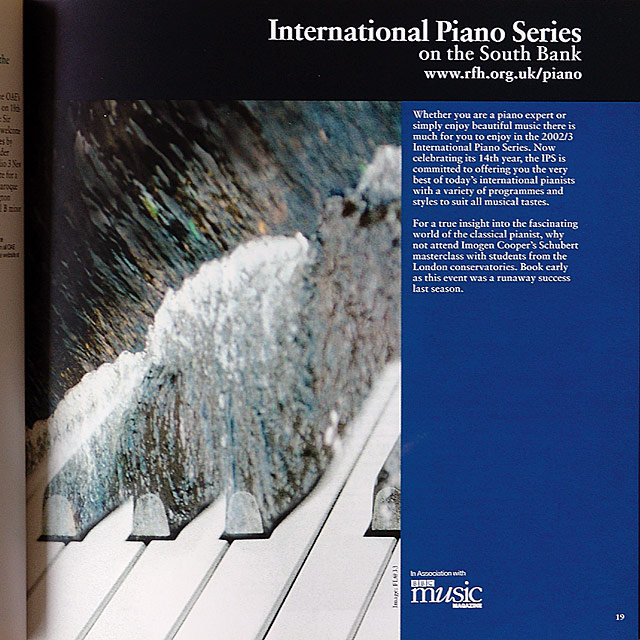 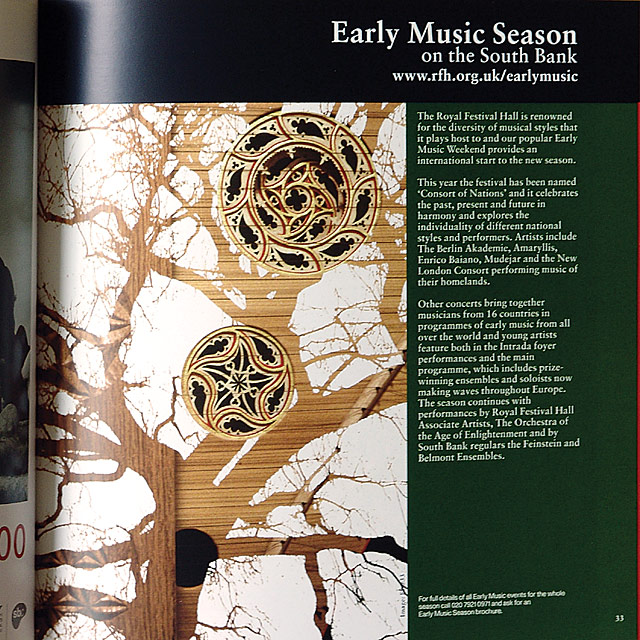 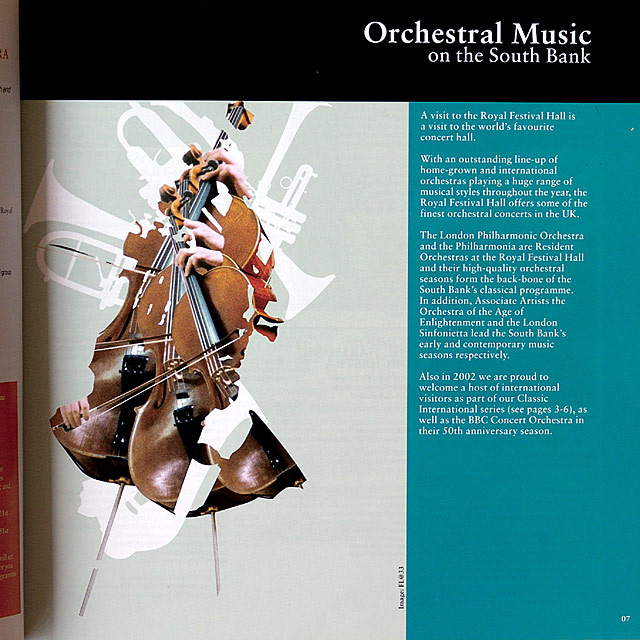