METRO POSTERS
The poster features a subtle grid we designed as part of their logo, visual identity and website development. It was all hands on deck when we decided to trace by hand 100s of products. It was worth it though as the hand-drawn elements helped to create a warm, accessible and inviting visual language. The posters were in trains across the entire Paris Metro system from January 2004.

GROUPE MATELSOM
Nowadays meubles.com is part of Groupe Matelsom that also includes French firm Camif since 2009. In November 2012 meubles.com stopped trading as a separate brand and is now part of Camif – with the url meubles.com being directly forwarded to camif.fr. 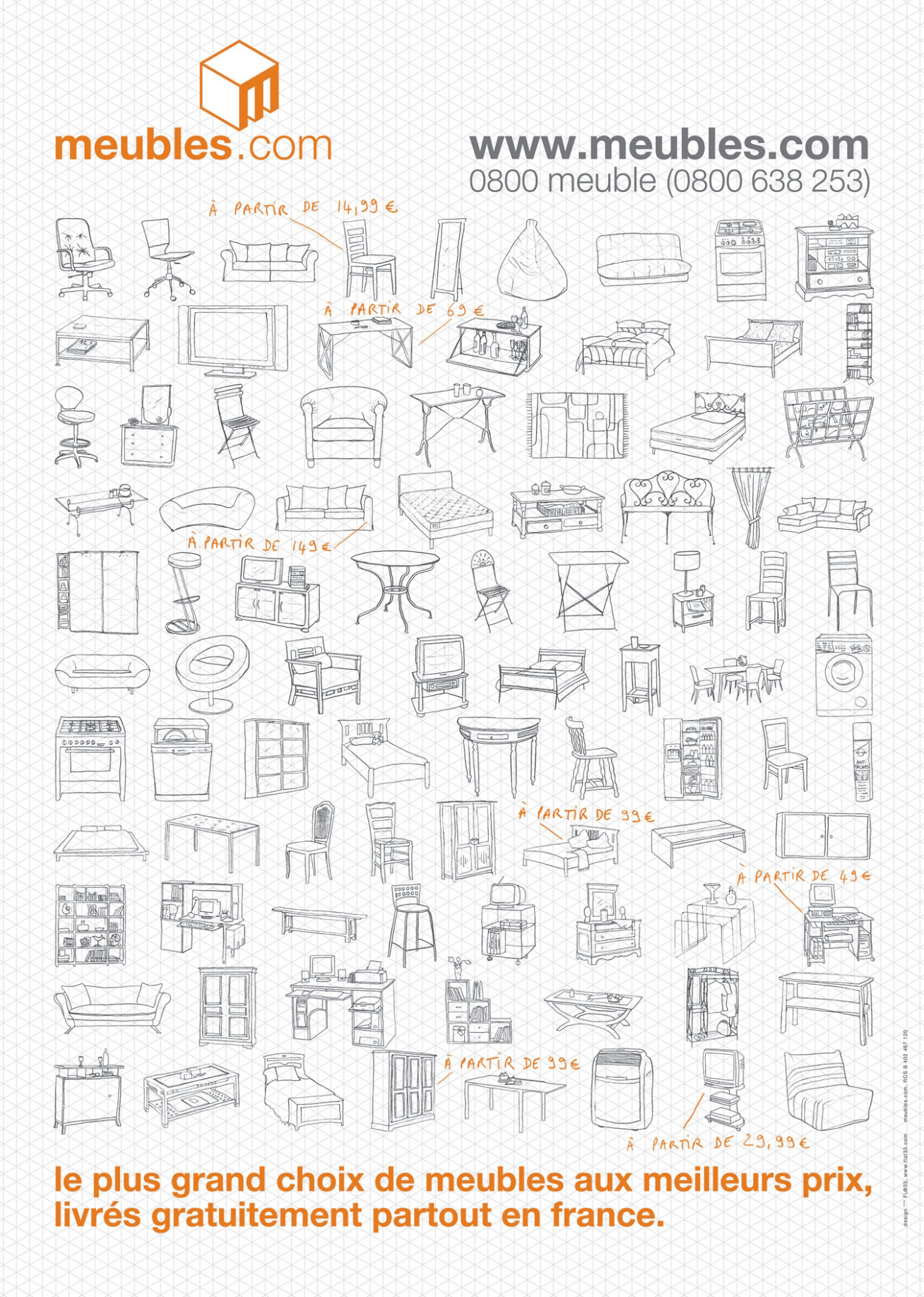