MMM-FESTIVAL | CAMPAIGN 2010
The FL@33-designed campaign 2010 was developed between December 2009 and August 2010 as part of an evolving visual identity for the annual MMM-Festival – Musiques des Montagnes du Monde that took place in Anzère, Switzerland.
___ The MMM-Festival featured an eclectic mix of music from mountain areas around the world. The annual event was organised three times in three consecutive summers between 2008 and 2010.
___ The event quickly evolved during this time and so did its visual identity.

EVOLVING IDENTITY
The campaign 2010 introduced the newly developed triangular logo that was applied across all media including the 2010 version of the festival website, a billboard-sized banner, festival posters, postcards, button badges – all shown here – and the festival programme – all sporting a fluorescent green (Pantone 802) that was introduced and firmly established in 2009 as part of the festival's visual identity. 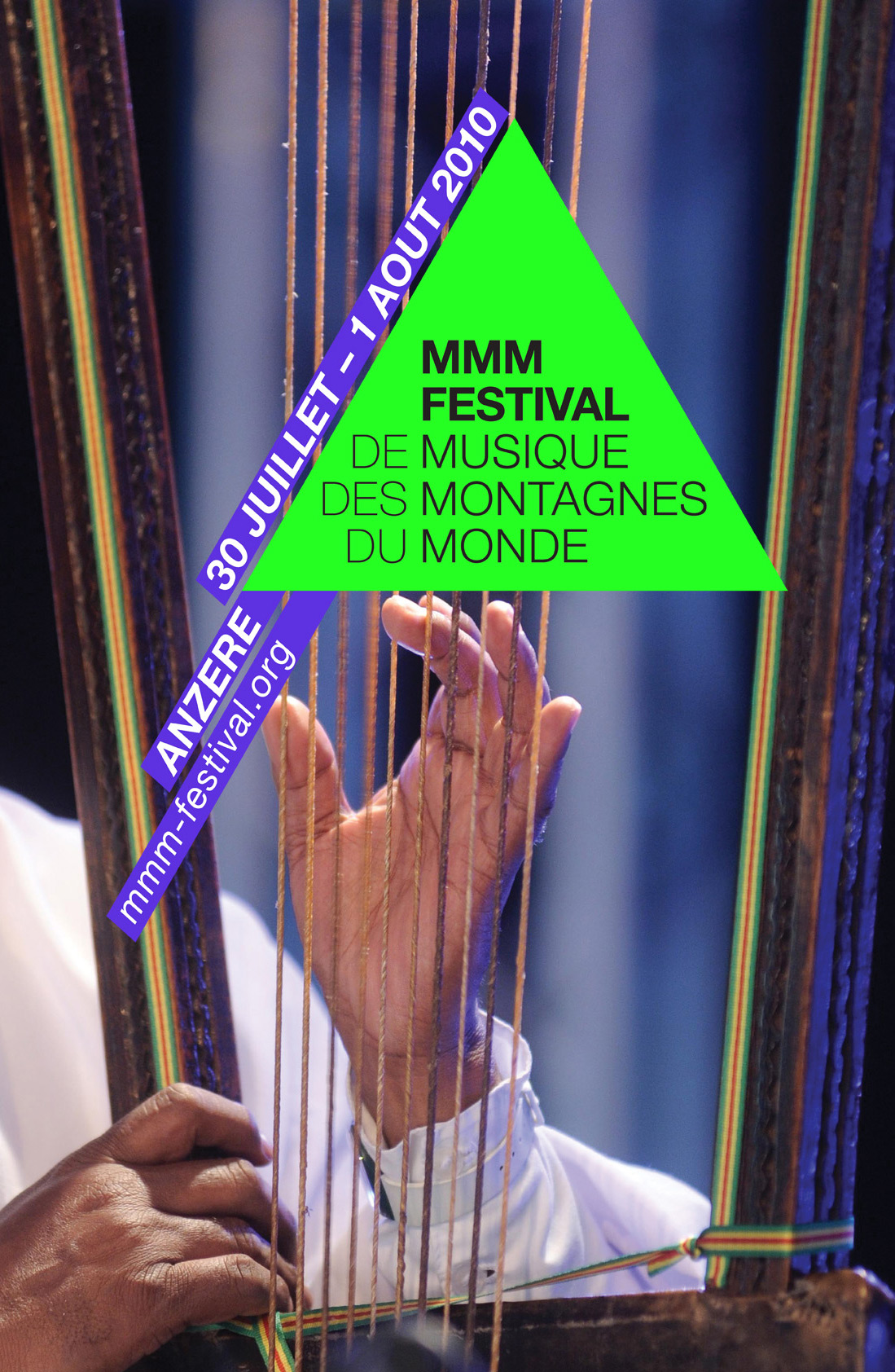 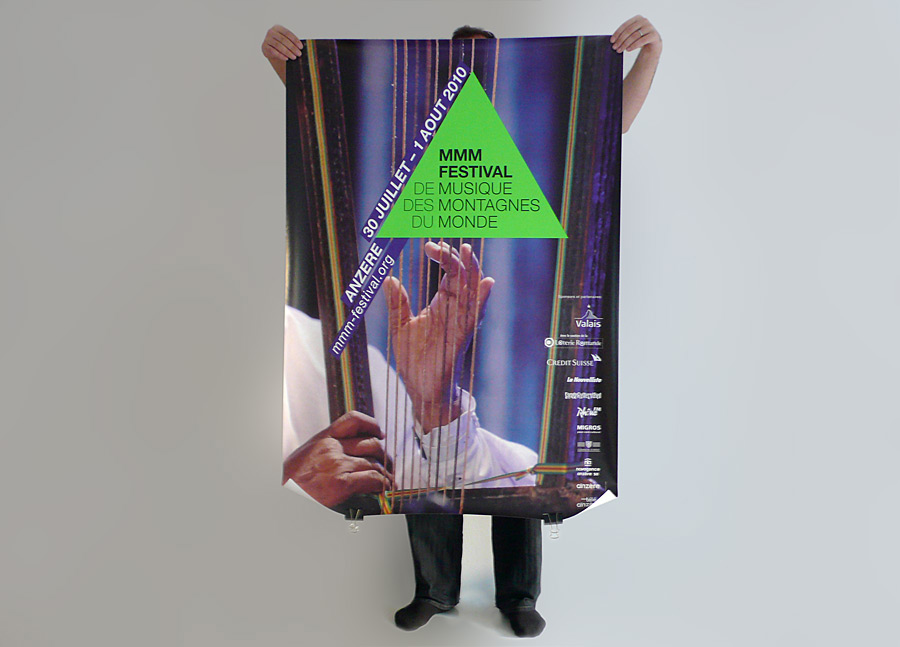 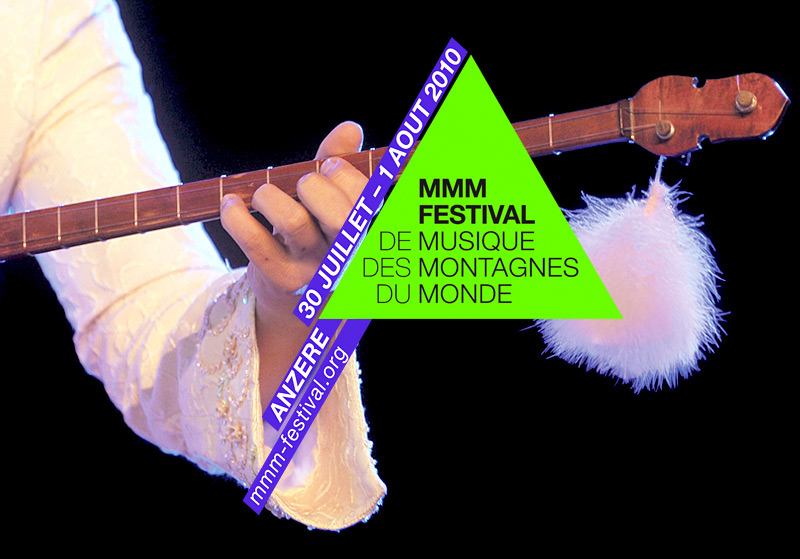 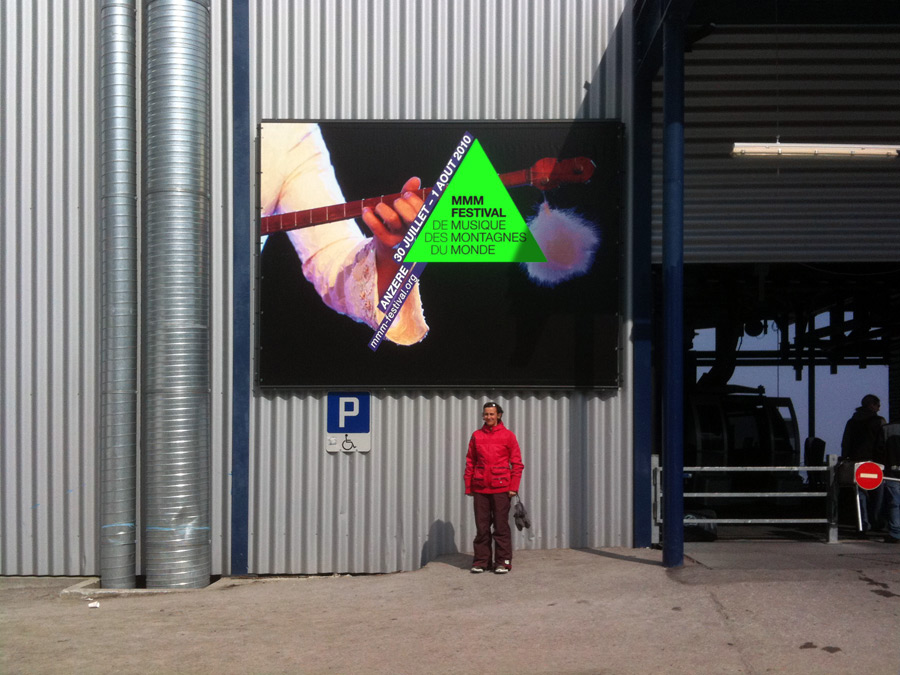 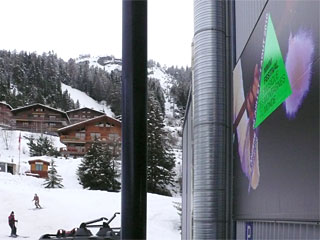 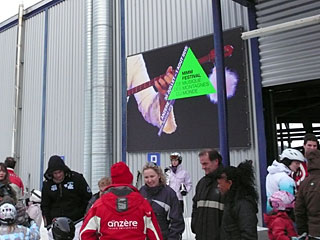 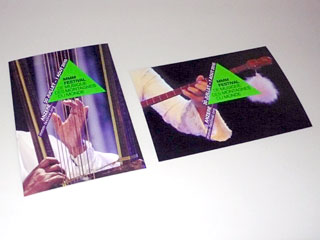 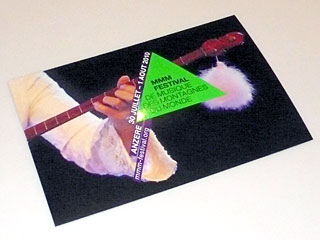 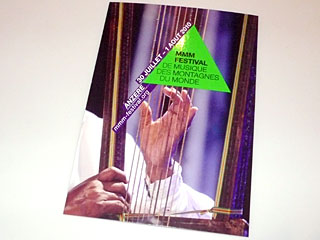 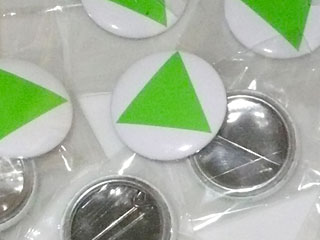 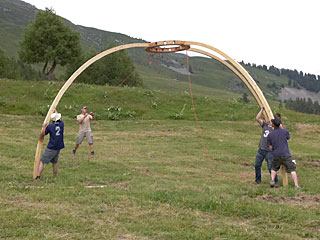 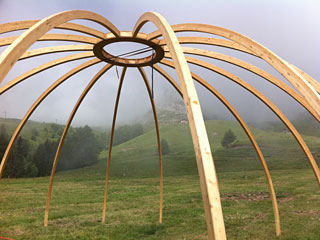 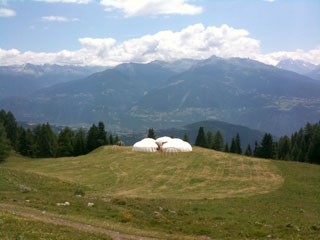 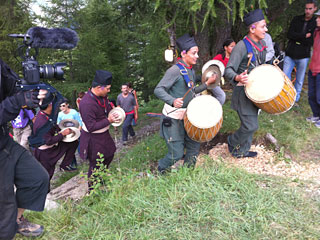 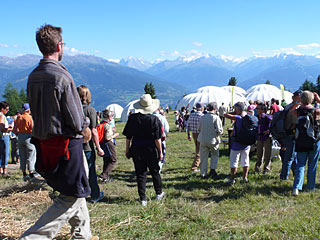 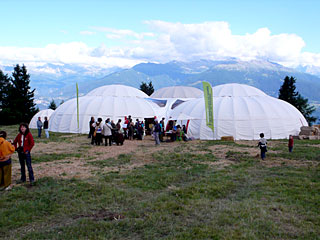 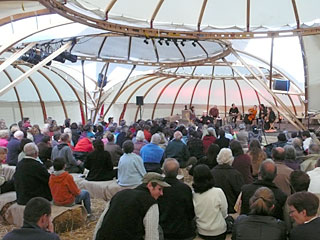 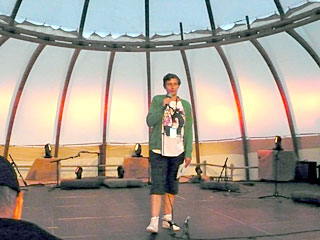 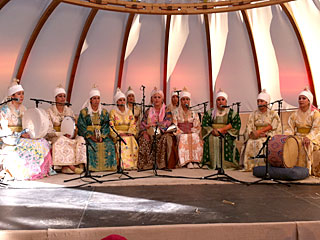 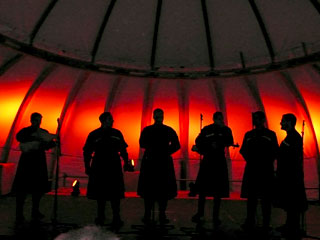 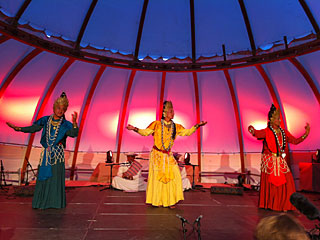