STEREOHYPE | E-COMMERCE WEBSITE (v.1)
Stereohype.com was launched in October 2004 as an international platform for both emerging and established talents and is a T-shirt and button badge label with online boutique based in London.
___ FL@33 created Stereohype's logo and its playful, versatile and ever-evolving visual identity. The identity has been applied across designs for Stereohype's clothing range, postcards and posters, stickers, embroidered labels, tags, multi-purpose swing tags, button badges, various packaging solutions, T-shirt hangers, stationery and last but not least its online boutique – stereohype.com.
___ Stereohype's popular product range includes Stereohype T-shirts and the growing button badge collection that consists of the winners of an annual design competition, contributions to the design initiative B.I.O. (by invitation only) button badge series and the collaborative MICA (MFA ILP) and AFOMFS (A Few of My Favourite Sneakers) button badge series. Its over 2,500 available products include books, prints, exclusively commissioned artworks, limited editions and rare products – a mix of hand-picked goodies by designers and artists from around the world. The focus is on fresh, innovative and inspirational works – available worldwide via stereohype.com and carefully selected, international stockists.
___ Stereohype, graphic art label / online boutique, is a sister-company of FL@33. The studio also maintains the site with all its event and competition announcements, product launches and calls for entries for FL@33 books or Stereohype activities. 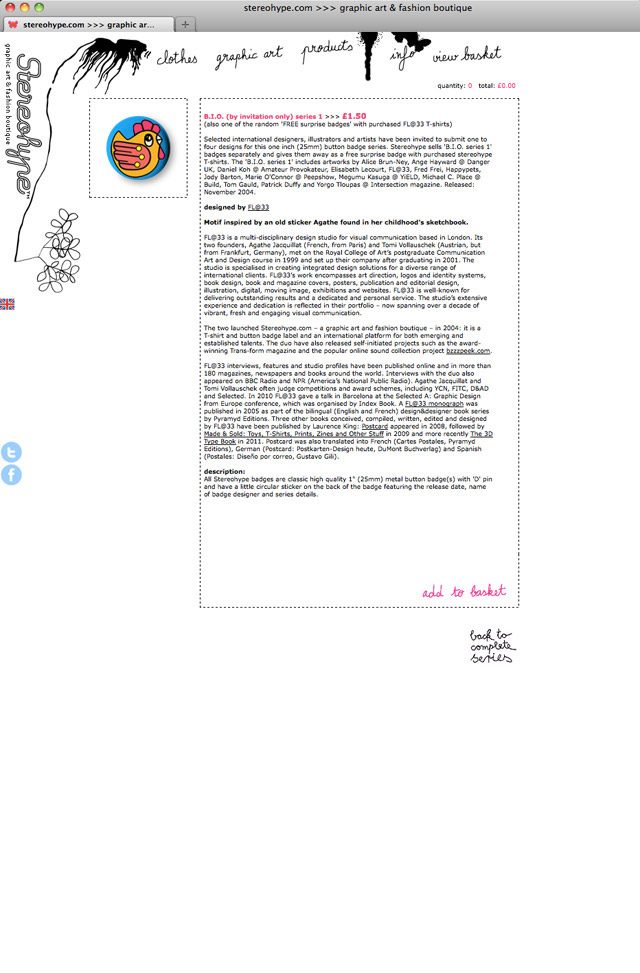 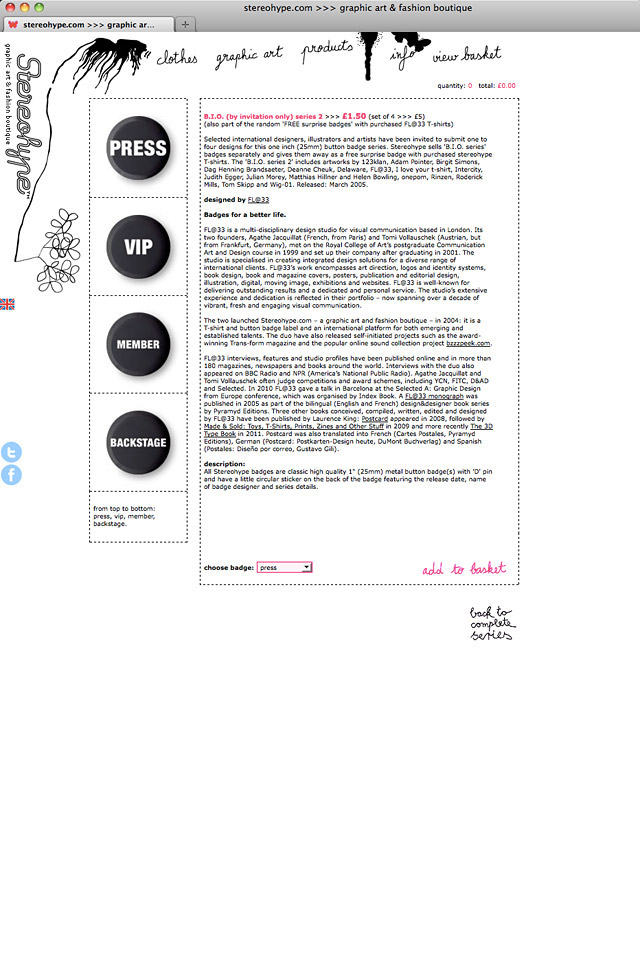 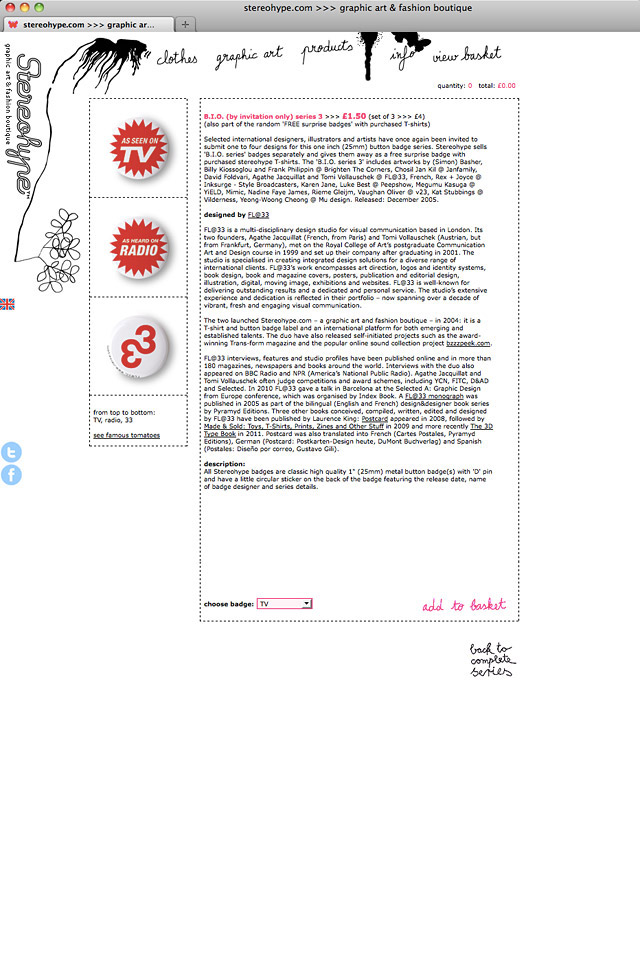 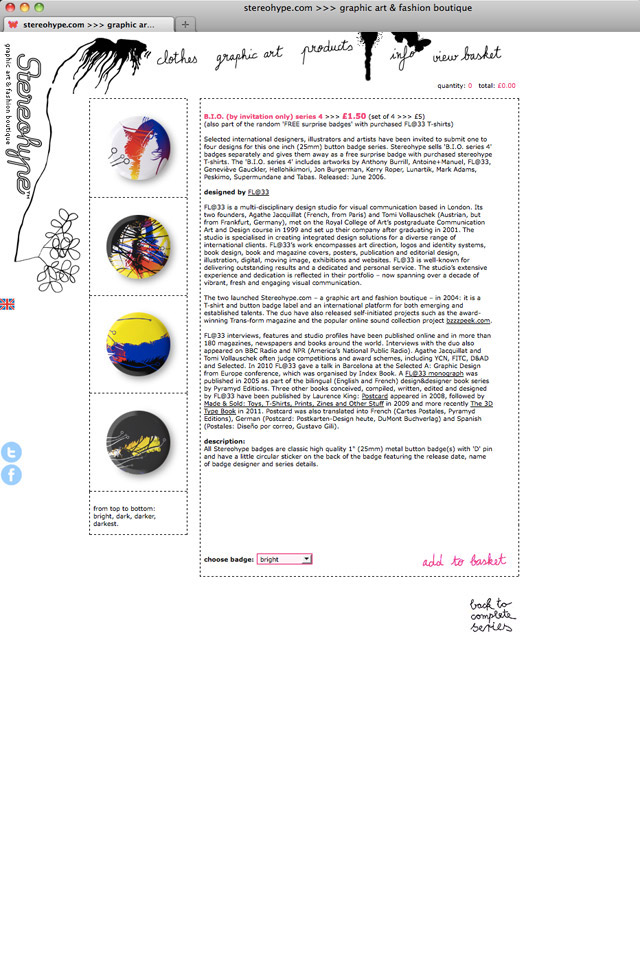 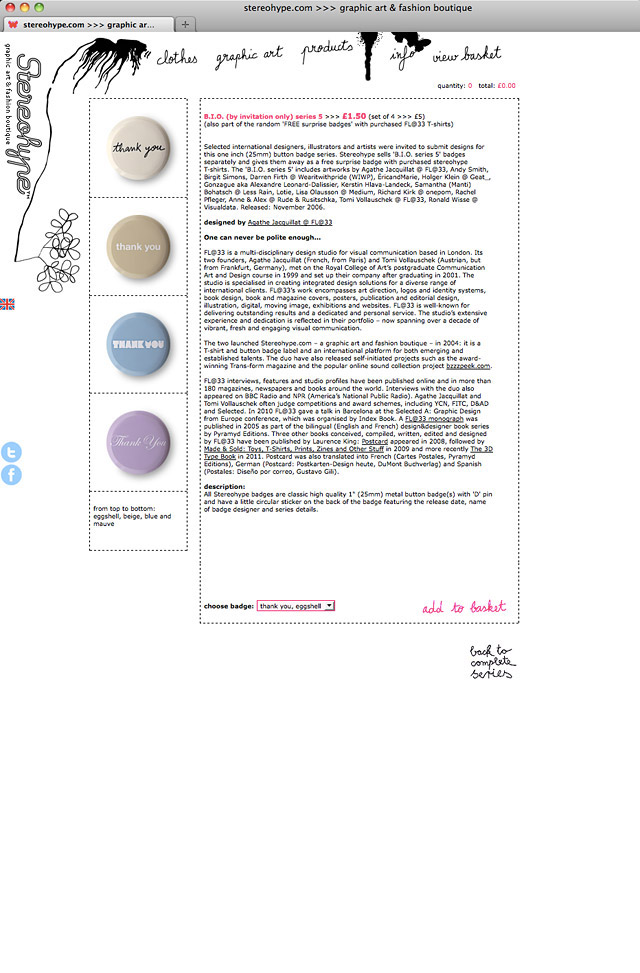 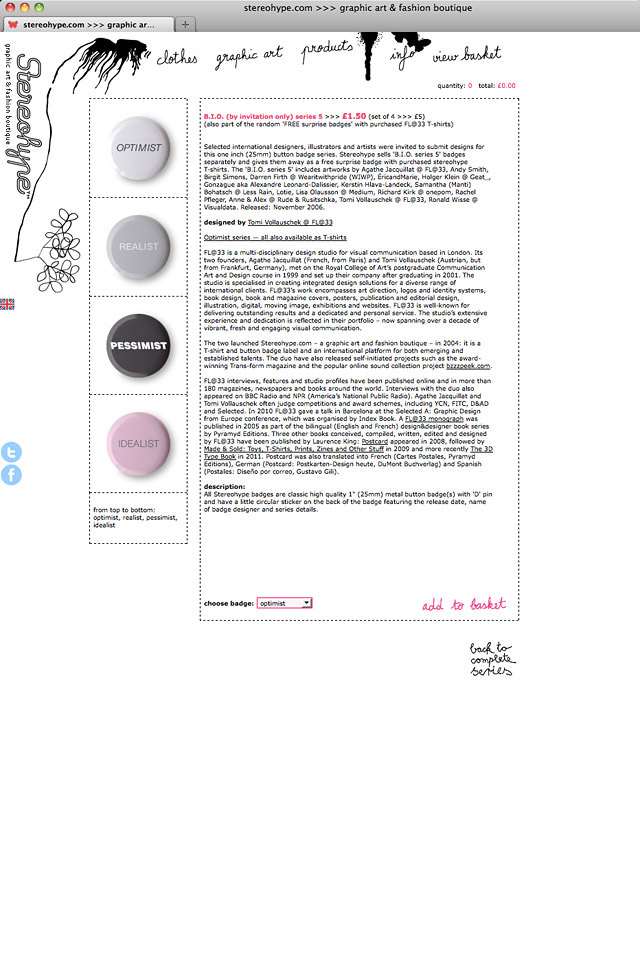 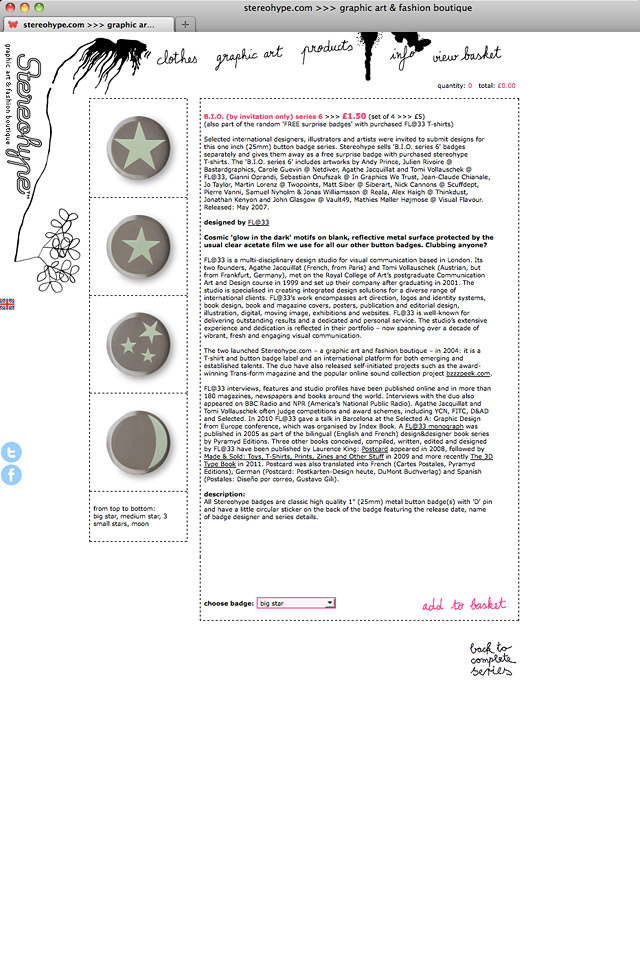 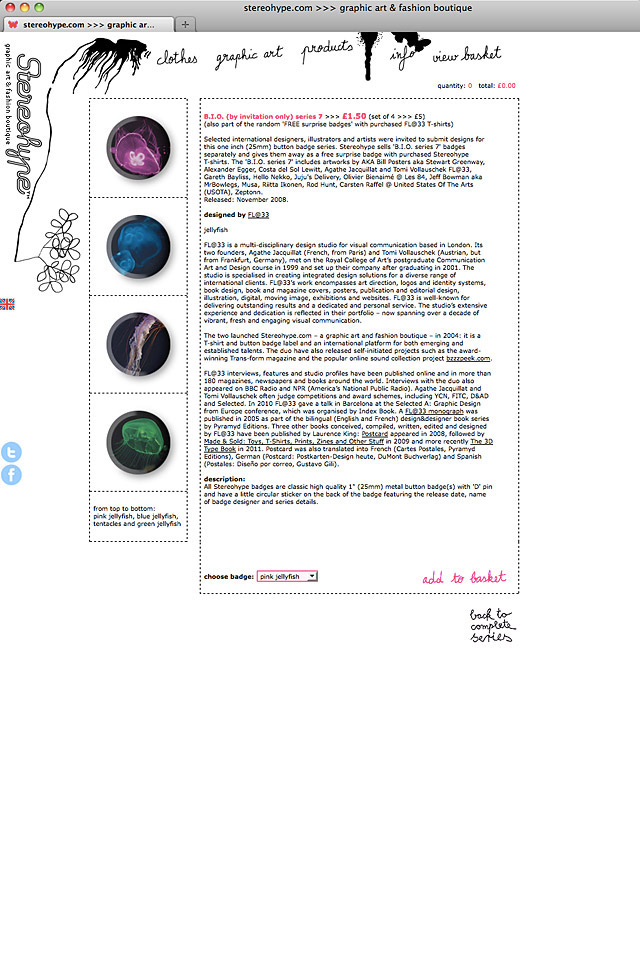 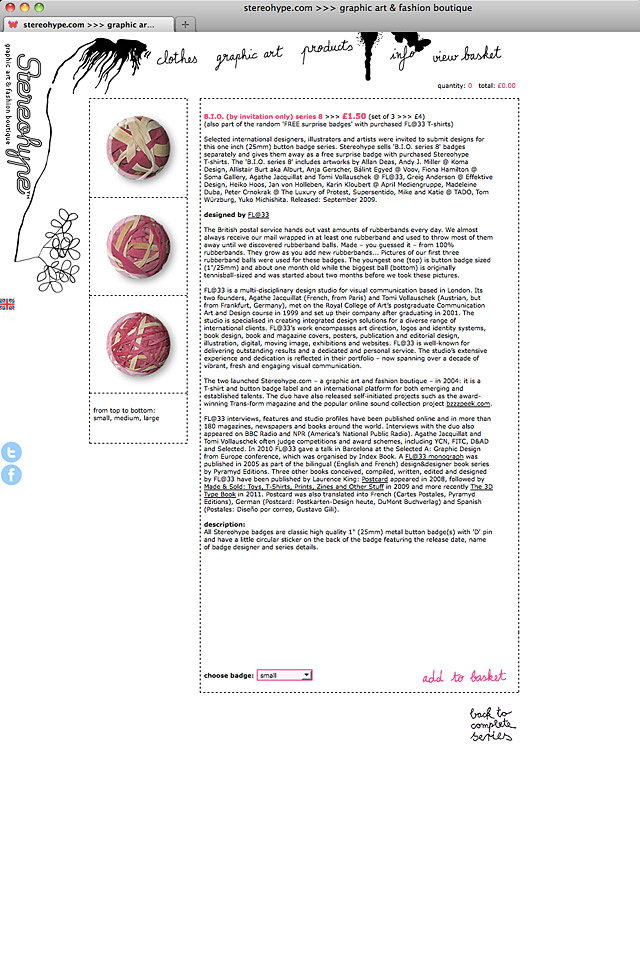 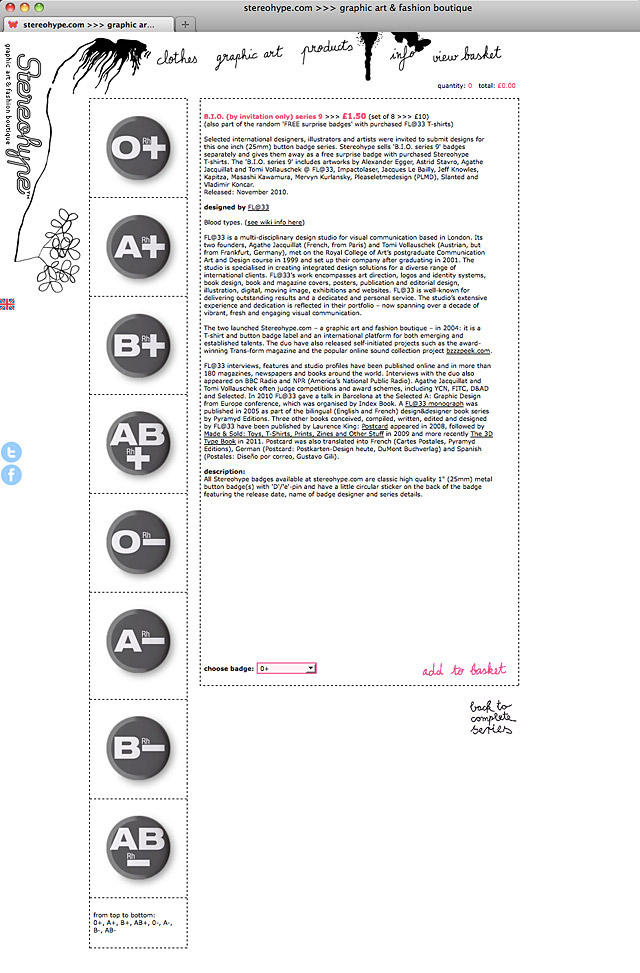 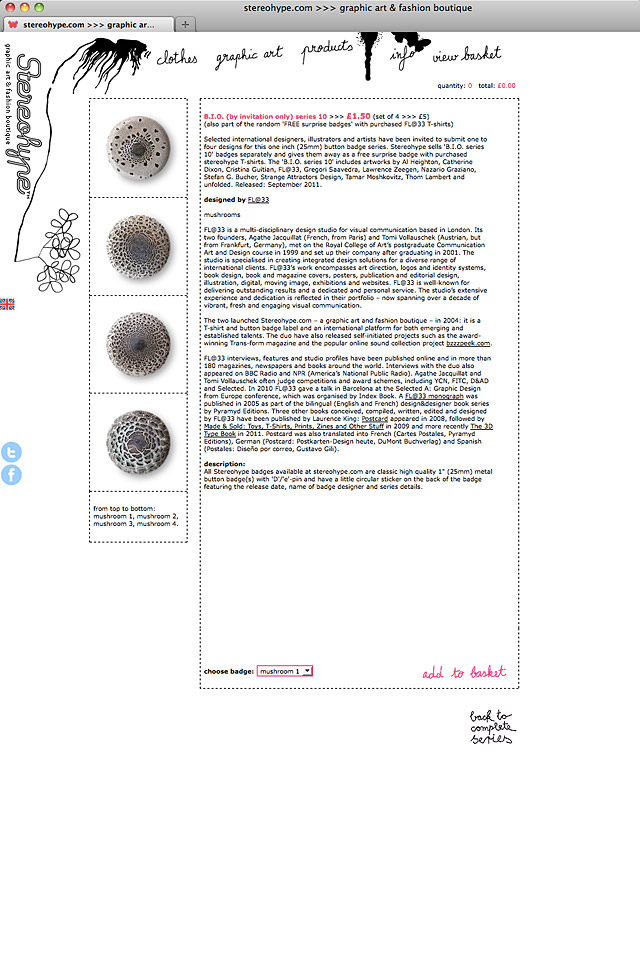 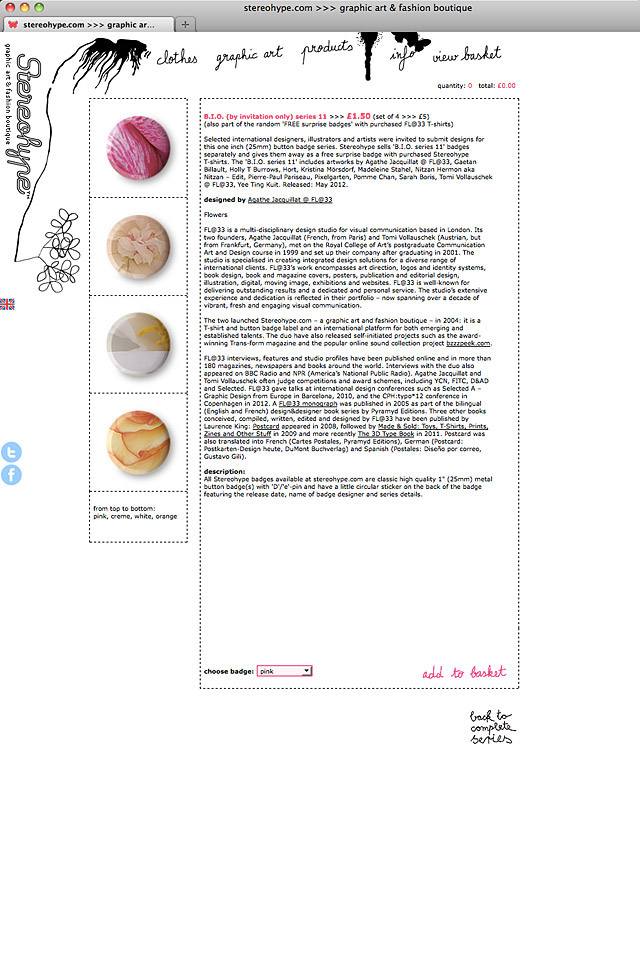 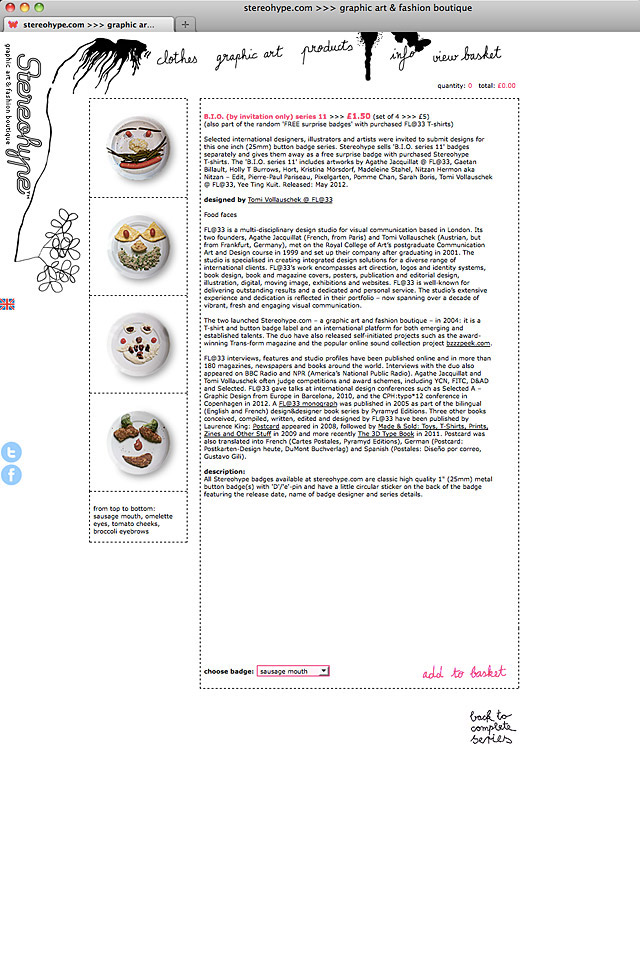 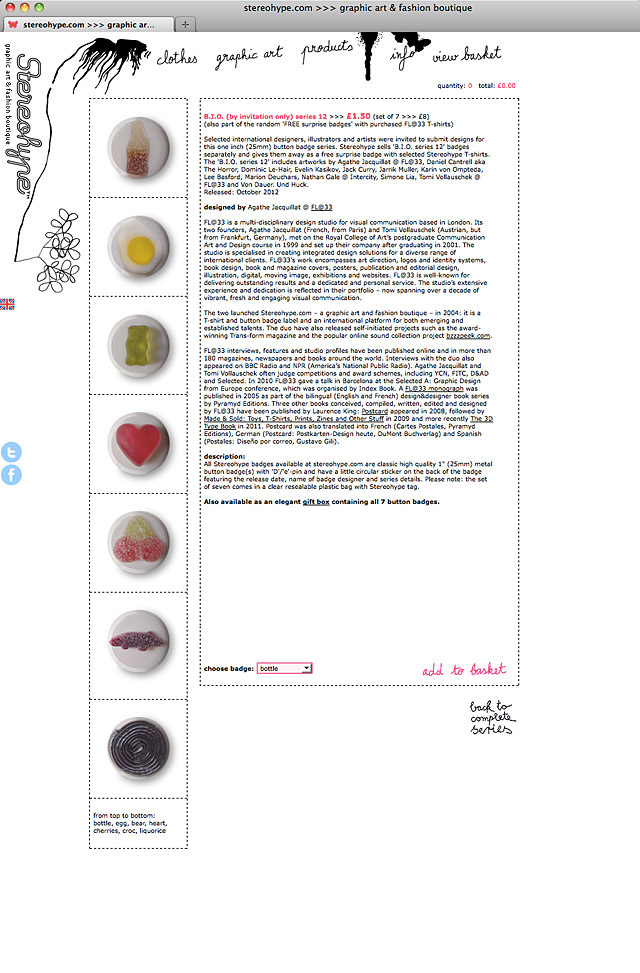 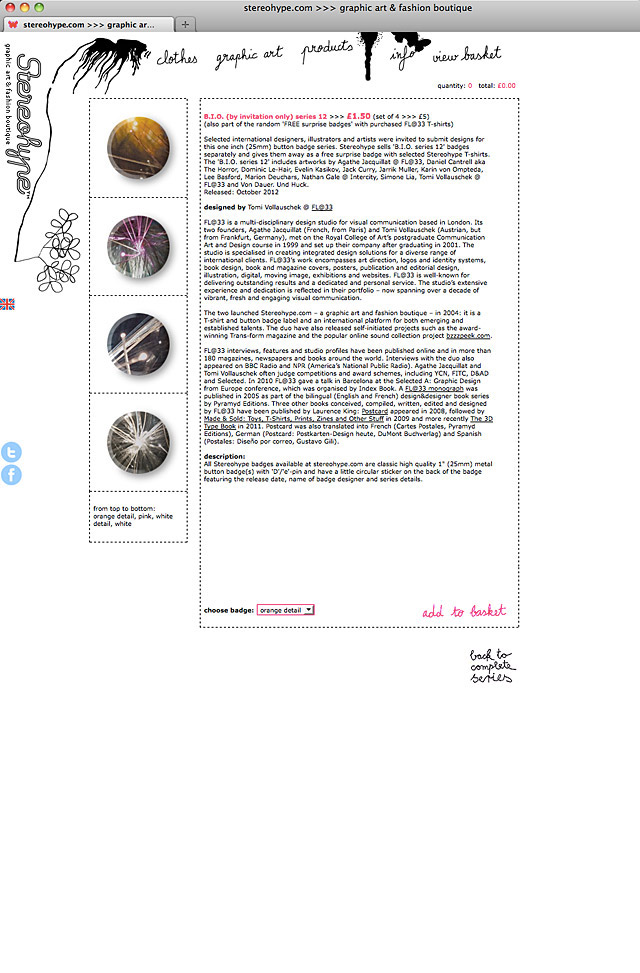 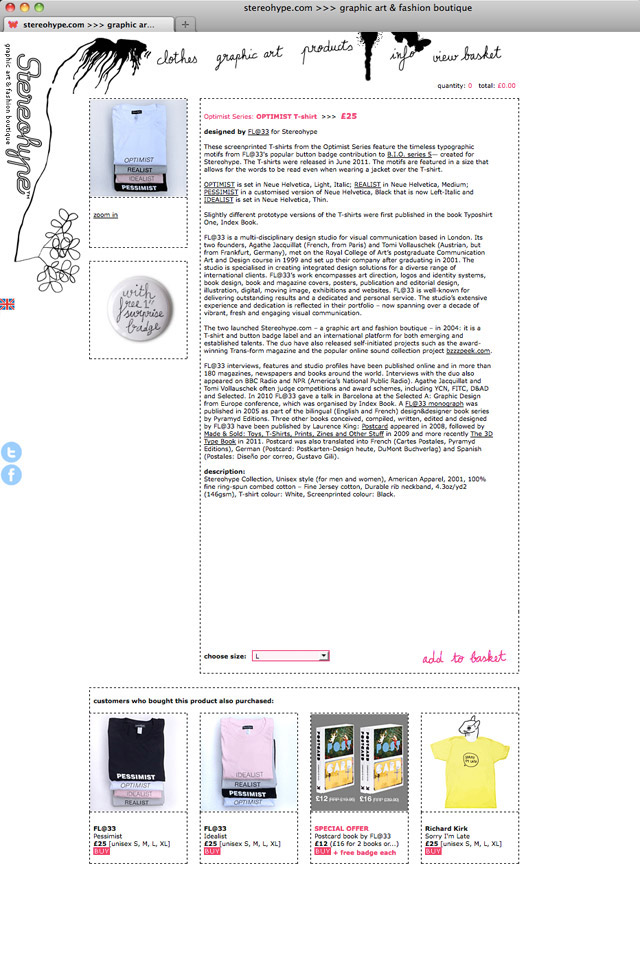 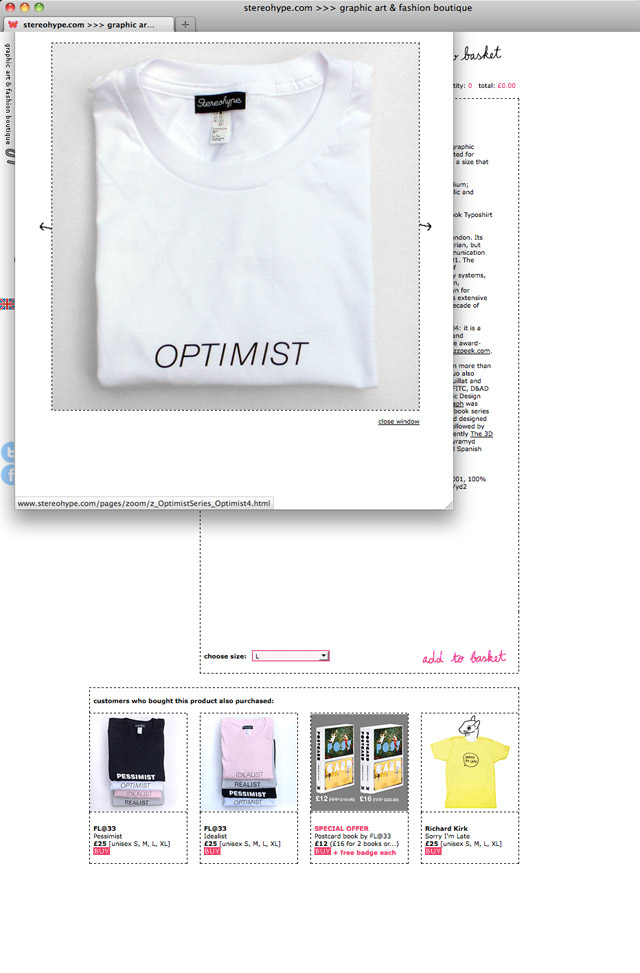 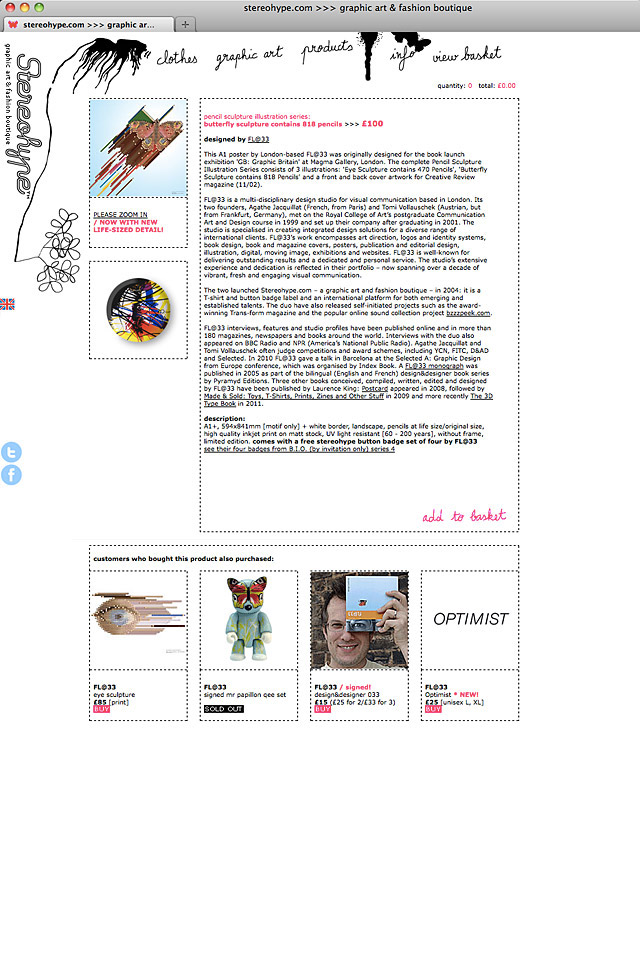 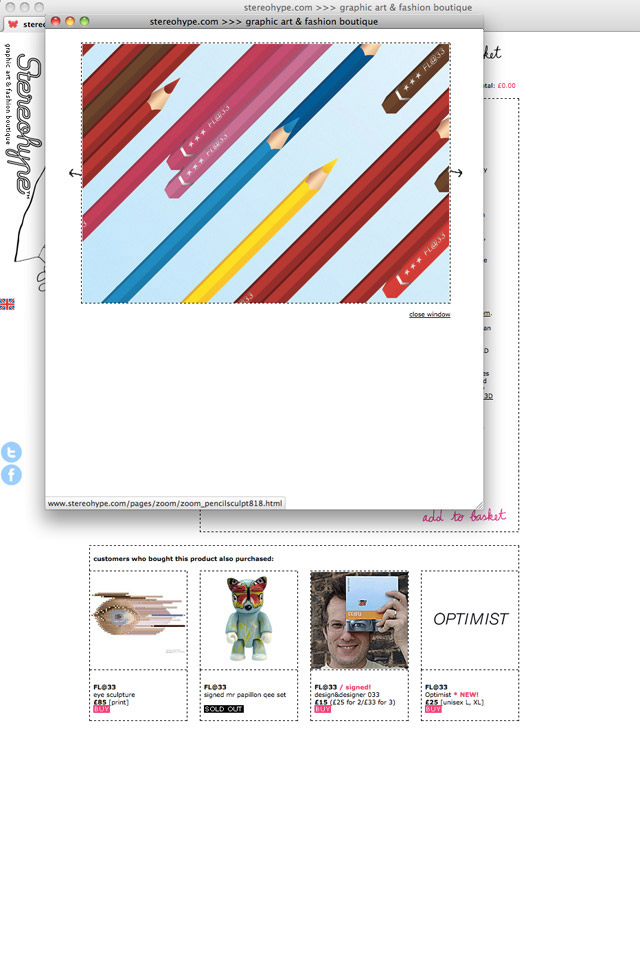 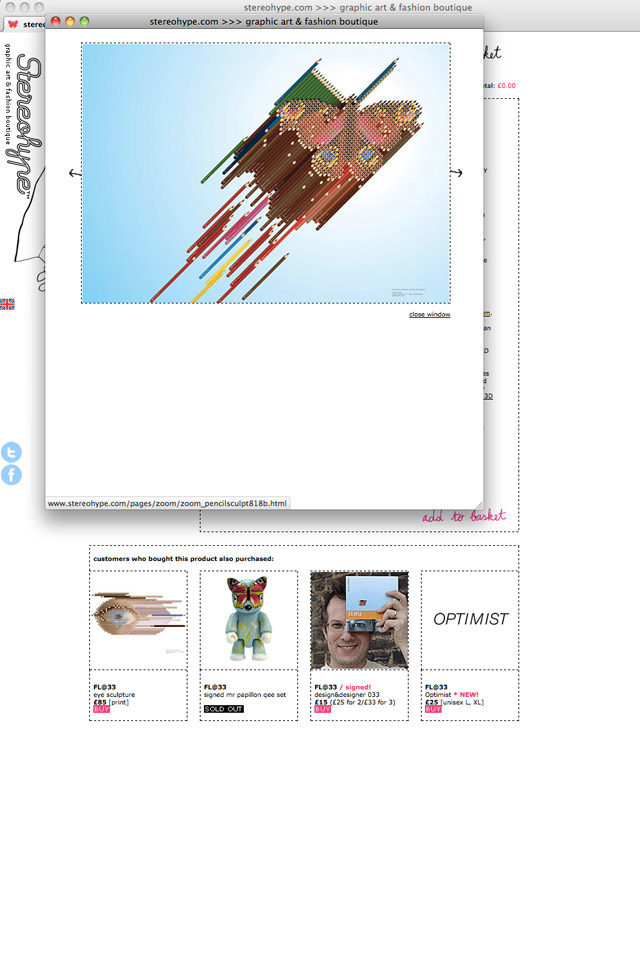 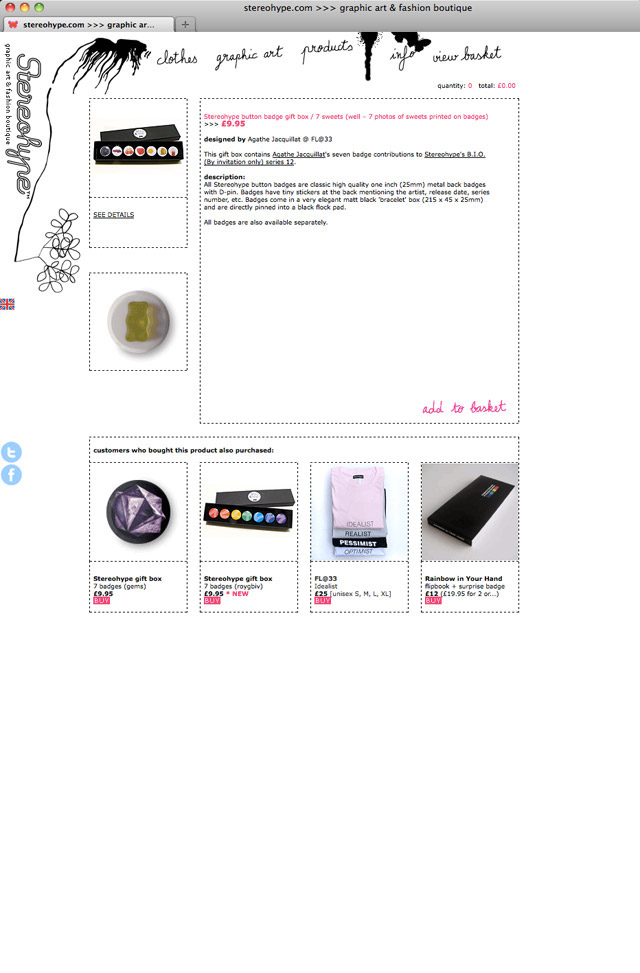 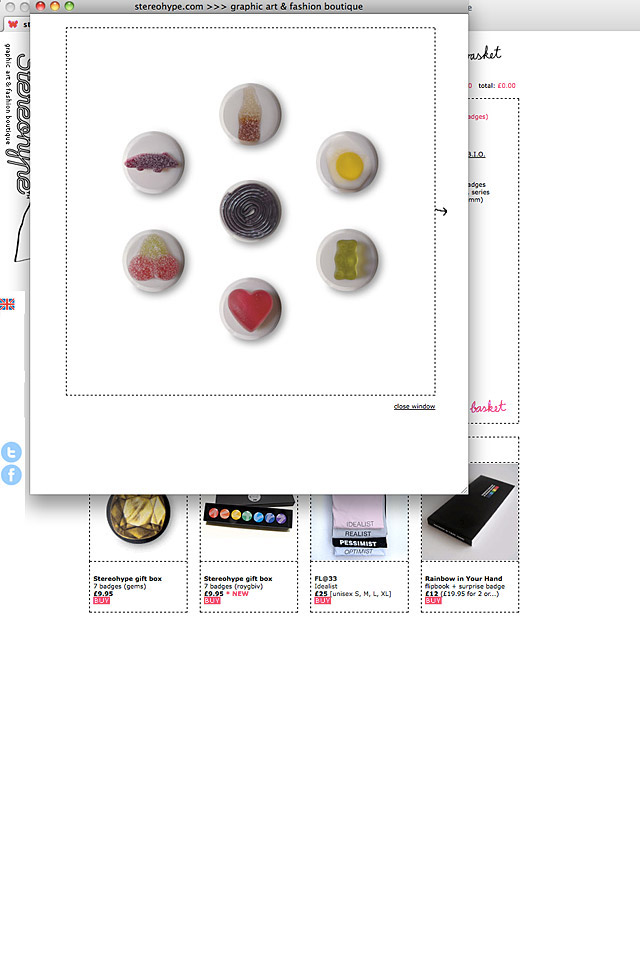 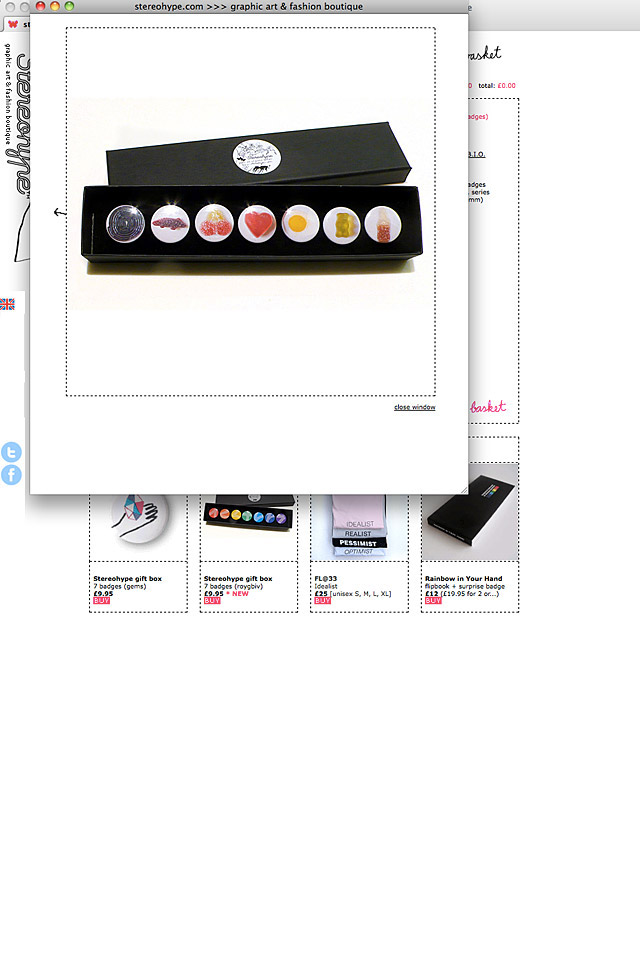