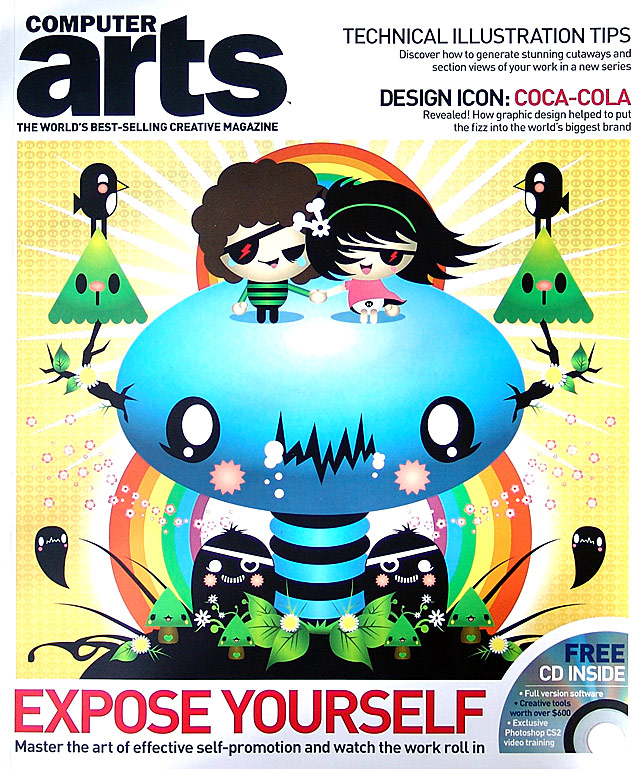 COMPUTER ARTS | EXPOSE YOURSELF EXCERPTS
|p.36| (...) Case Study: FL@33 | Ever wondered what the Korean is for woof? FL@33's ingenious Bzzzpeek, which is regularly updated with users' own recordings, has the answer. The project has also spawned a number of T-shirts, sold through online boutique stereohype.com. | flat33.com (...)
|p.40| (...) Similarly, FL@33 created a playful website named Bzzzpeek, which displays linguistic variations between countries through onomatopoeic words. The site has been plugged by the New York Times and visitors now peak at 15,000 per day. The noncommercial nature of such projects is the key to their success. The line between self-initiated and self-promoting may be fine, but the best projects combine assets of both. (...)

COMPUTER ARTS | EXPOSE YOURSELF
Designers look at self-promotion in the same way the British do sex – no-one admits to it, but everyone knows it’s going on. Daniel West puts on a dirty (Apple) mac to investigate the last taboo.
___ Ask most successful graphic designers what’s aided their career,… 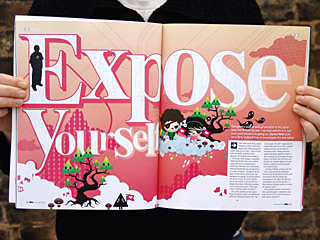 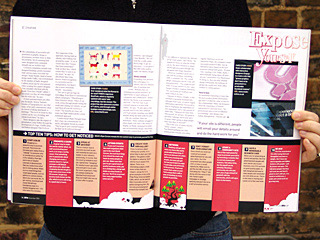 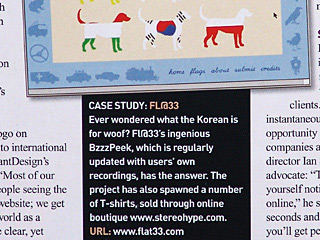 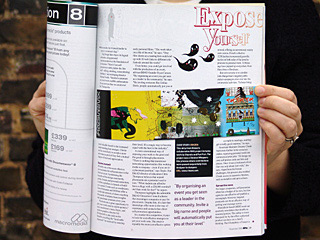 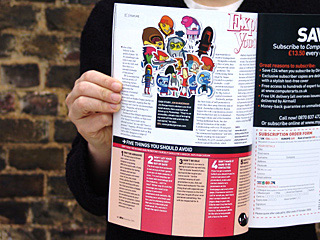