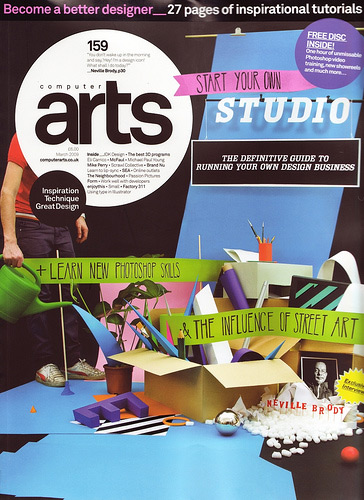 ONLINE OUTLETS(...) Stereohype is part competition site, part online gallery, and is gaining a reputation as an important shop window for designers and artists looking for wider recognition. It’s also a vehicle for FL@33 to sell its own work. (...)
___ Selling yourself. Cut out the middlemen by setting up your own online store Agathe Jacquillat and Tomi Vollauschek are better known as FL@33 (www.flat33.com), a multi-disciplinary design studio whose book Made & Sold: Products By Graphic Designers, Illustrators and Artists (Laurence King Publishing) is due to be published later this year.
___ Another venture of theirs, Stereohype (www.stereohype.com) – an online boutique offering limited editions and rare products – is also garnering serious attention. Stereohype’s regular competitions give emerging and established creatives the chance to promote their talent and get artworks not only featured but produced. “Initially, we wanted to create a platform for FL@33 alone,” says Vollauschek. “A place where we could create and sell anything we felt like directly to customers around the world.” But before launching Stereohype in October 2004, the pair decided the collection should include work by handpicked designers, illustrators, photographers and artists:“Around half of our first-time customers claim to have found us via word of mouth; friends, family and existing customers recommending us. We offer our artists a great opportunity to get exposure and, in the case of our competitions, to win lots of Stereohype goodies as well.” Running your own shop, however, entails both work and risk, a fact that the Stereotype team accepted before they went live. “Additional designer wares [such as T-shirts, books and button badges] always cost money to start with,” says Vollauschek, “but if you get it right, they can provide extra income. You have to be willing to take the risk, for instance, of having plenty of XL-sized T-shirts lying around for some time [after] all other sizes have sold out.” 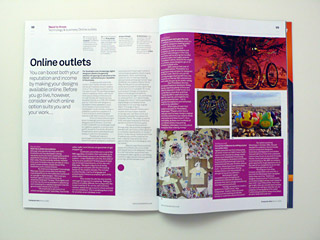 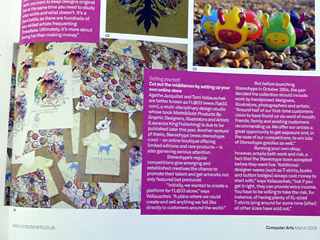