CUSTOM EMOJI | MIND BLOWN
Asked by long-time collaborator Gavin Lucas, 'If you could create a new emoji, what would it be?', FL@33's Tomi Vollauschek developed a custom emoji that was included in Gavin's book The Story of Emoji that FL@33 also designed (Prestel, March 2016).
___ The emoji – now known as Exploding Head – was eventually approved as part of Unicode 10.0 in 2017 under the name “Shocked Face with Exploding Head” and added to Emoji 5.0 in 2017. We all have it on our smart phones these days.
___ A total of 33 custom emoji by 23 designers and illustrators are featured in the book's chapter 'Designer Characters'.
___ We posted some variation studies, sketches and roughs here, too, for your viewing pleasure, and also some preview sample spreads on the book's project page. 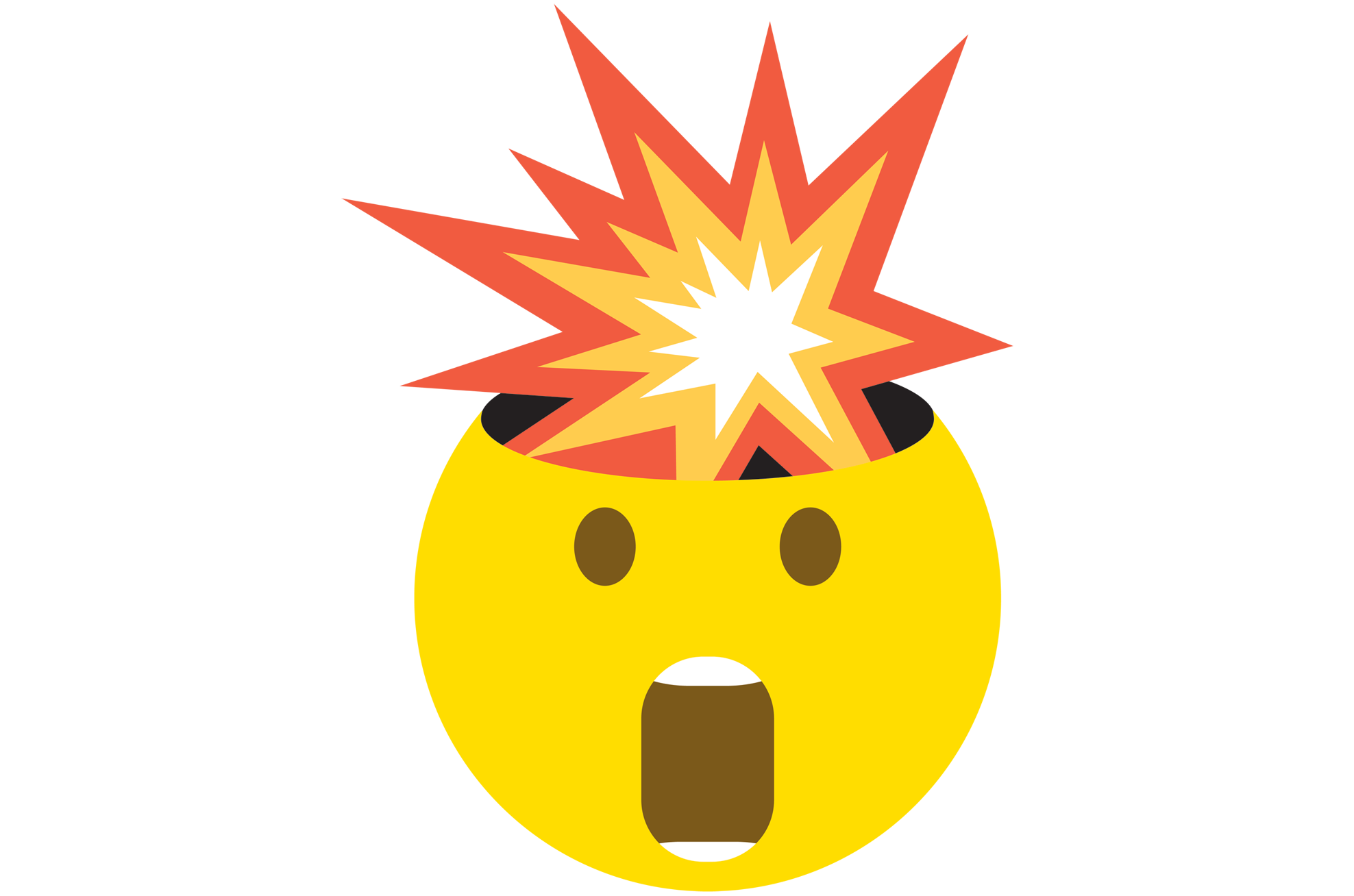 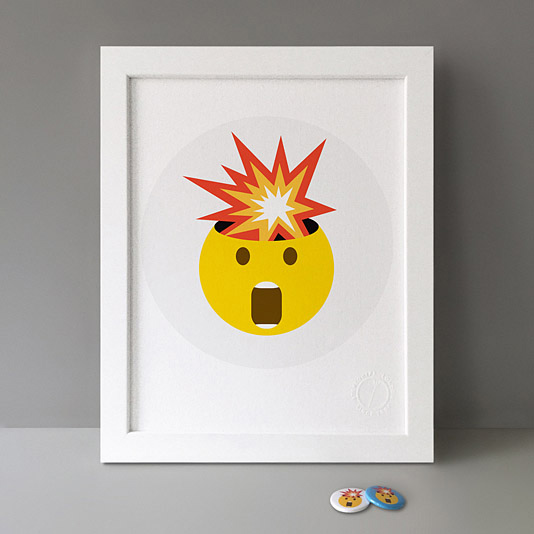 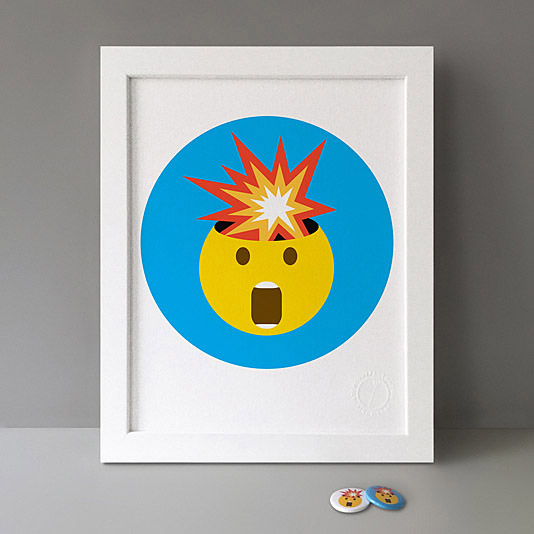 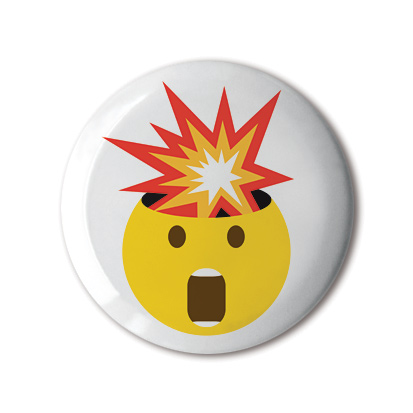 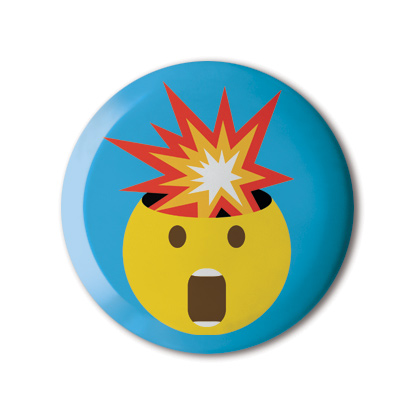 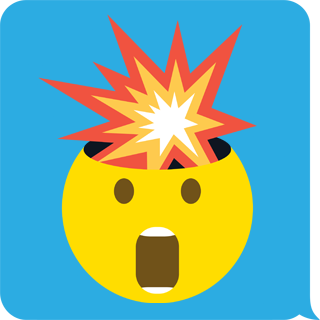 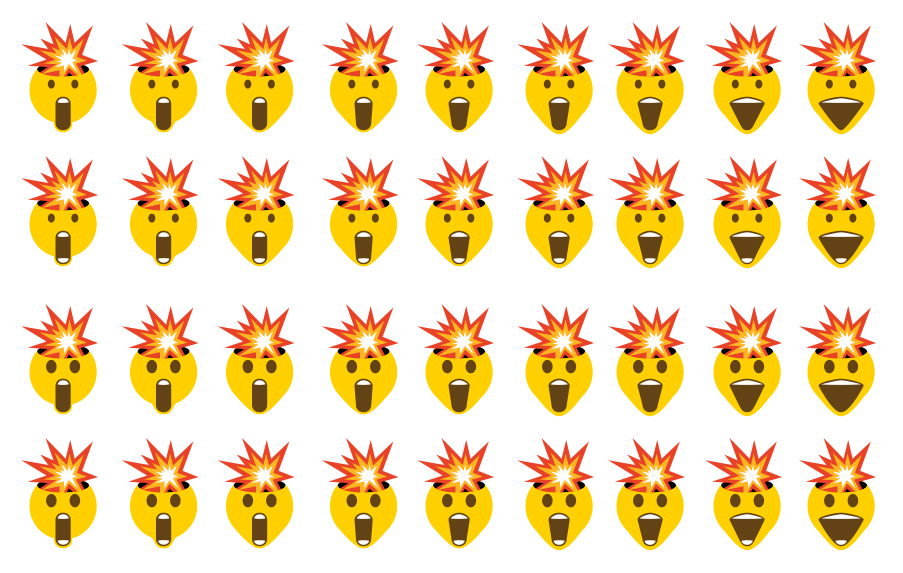 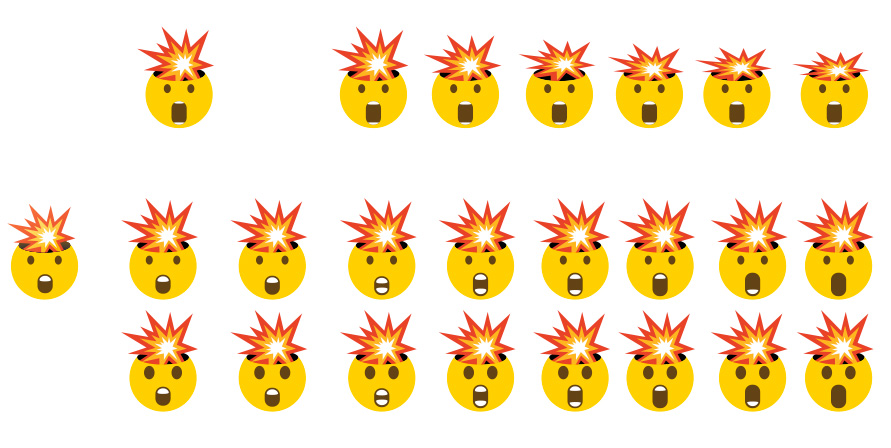 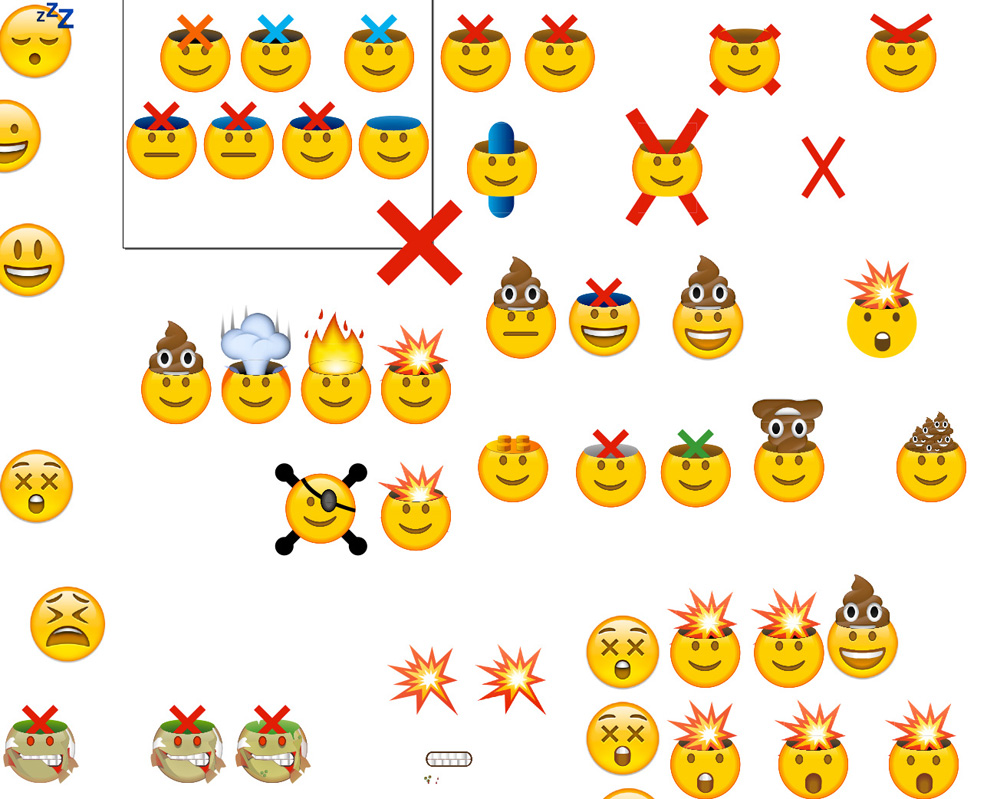 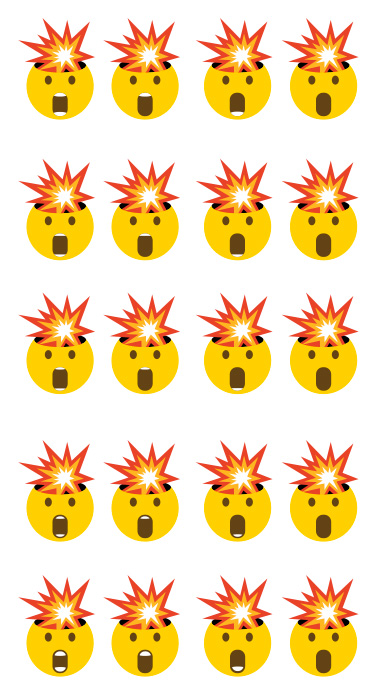 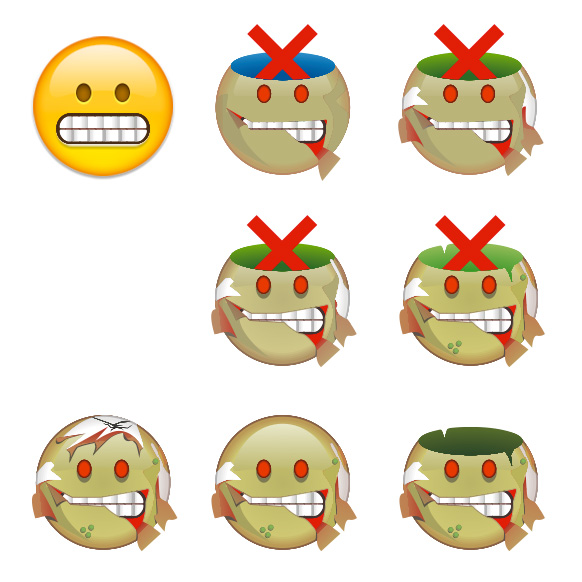 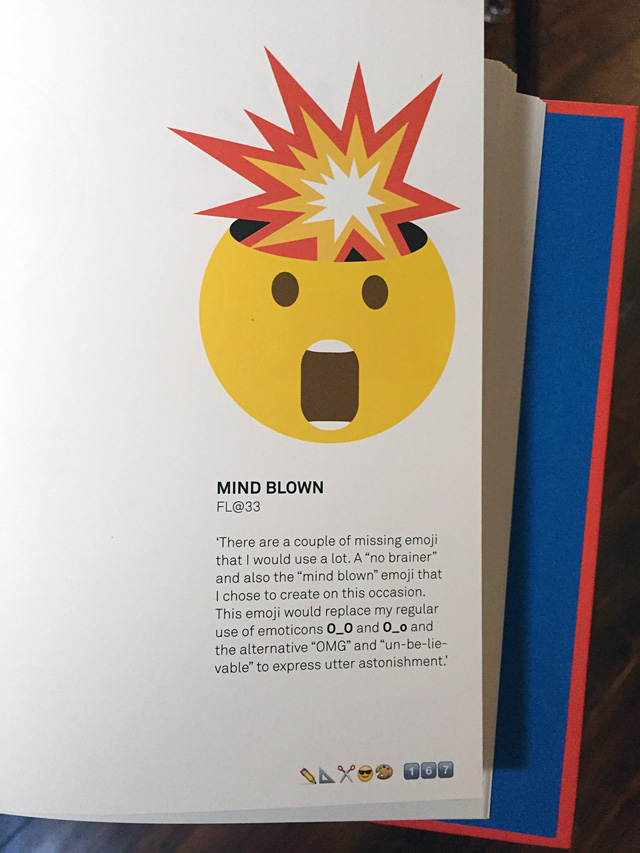 April 28th, 2016 — BIG BADA BOOM! Huge surprise in this month's Creative Review: 8-page book review of FL@33-designed book The Story of Emoji by Gavin Lucas, a full page of our very own Mind Blown emoji and to top this up even mentions of Stereohype's fresh new Emoji Series button badges.

April 16th, 2016 — The documentation of the the book launch exhibition at London's KK Outlet for FL@33-designed book The Story of Emoji by Gavin Lucas (Prestel, March 2016) was added to our online archive.

April 12th, 2016 — Prestel Publishing kindly allowed us to post some of their pictures of the wallpaper at their London Book Fair stand 2016 that proudly features our front cover illustration for the FL@33-designed book The Story of Emoji by Gavin Lucas.

March 1st, 2016 — We posted some sample spreads of the FL@33-designed book The Story of Emoji by Gavin Lucas.

February 16th, 2016 — We received our advance copy of the FL@33-designed book The Story of Emoji today – a proper hardcover book for once – and we are happy to report that it looks amazing!