8 MINUTES 20 SECONDS (CARS #3, 2009) | VIDEO
The video is part of FL@33's ongoing 8 minutes 20 seconds project. 8min 20sec video composition (Cars #3, 2009) was once rather fittingly described by a motion graphics enthusiast as 'a wonderful kaleidoscopic visual with subtle flickers of colour'.

8 MINUTES 20 SECONDS
8min 20sec started as a concept in 2002 when we first started to record appropriate digital video footage – initially only with prints in mind.
___ The first printed sequences were however not produced until 2004 when five of them were exhibited at the first FL@33 (and Stereohype) solo show in Paris that took place between December 2004 and January 2005 at the Zotoprod space.
___ The series of photographic artworks was exhibited together with a first version of the video that was created especially for the Paris exhibition and was shown there on a plasma screen.

8 MINUTES 20 SECONDS | THE CONCEPT | PRINTS 2004 – ONGOING
___ The concept is based on capturing the city (in this case Paris) in video sequences of 8 minutes and 20 seconds (= 500 seconds). Each sequence was then reduced to 1 frame per second.
___ The resulting prints are based on the individual collections of 500 frames (each) and are positioned within square compositions (40 x 40cm / 15.8 x 15.8" and a massive 90 x 90cm / 35.4 x 35.4" each). Some of these limited edition prints on matt photographic paper are available at London-based graphic art label and online boutique stereohype.com.

8 MINUTES 20 SECONDS | VIDEOS 2004 and 2009 – ONGOING
The first animated 4:3 PAL version from 2004 did not include any soundtrack.
___ In 2009 however a revised high-definition 720p DVD widescreen version was created and a soundtrack was composed and performed especially for this latest version of the video by the amazing Mercury Quartet in London.
___ Please note that the sound of 8min 20sec video composition (Cars #3, 2009) starts very slowly after 1 minute 29 seconds.
___ The original DV footage for the video was recorded in Paris at the Place Charles de Gaulle (aka Place de l'Étoile) from the top of the Arc de Triomphe that offers a bird’s-eye view to the exceptionally busy roundabout below in which the Arc stands.
___ The 2009 version with the Mercury Quartet soundtrack was screened on Friday, 6th November, 2009, in London's Transport Museum (LTM) as part of a D-Fuse curated evening entitled Urban vs Suburban.

8 MINUTES 20 SECONDS | 2020 UPDATE | 1080p FULL HD REMASTER
In 2020 we remastered the 8min 20sec video composition (Cars #3) that now got its own project page in addition to this Exhibitions etc archive page.
___ The 2020 video remaster was created using the original DV master recording and the composition was rendered with a much higher 1080p full HD resolution. The 2009 version was an update from the initial 4:3 PAL version from 2004 to the 2009 better quality 720p DVD widescreen format that was first screened in the London Transport Museum.
___ The 2020 1080p full HD remaster was uploaded to our Vimeo channel and replaced the 720p lower resolution 2009 version. What you see here on this page is the embedded Vimeo video and is therefore the updated 2020 version. We recommend that you ensure to watch it at the now available 1080p resolution. We also updated the end credits and a still of this new 2020 version was added here, too.
LONDON TRANSPORT MUSEUM | WEBSITE EXTRACT
Friday Lates. Suburban Nights: A new programme of Friday Lates. Friday Lates start at 18.45 and go on until 22.00. Sounds of the Suburbs. Friday 6 November 2009.
___ Tune in to a multi-sensory journey of light, image, colour and sound with D-Fuse, Labmeta, *Spark and Electrovision and their collaborative set - Urban vs suburban with VJing, audio visual performance and screenings complete with silent disco. Check out Designated Area artist Andy Morgan's live illustration of a classic cityscape with a suburban twist. Cocktail du soir: Decks and tonic. Tickets £7 / £5. 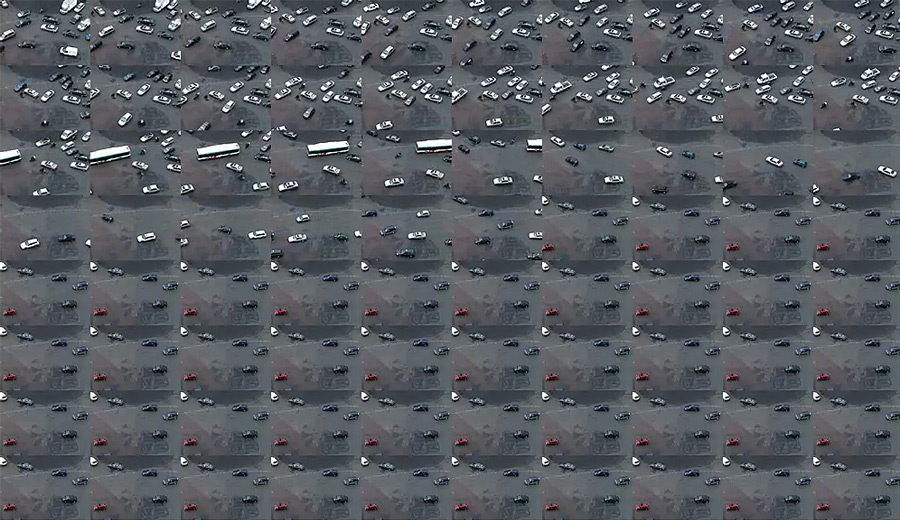 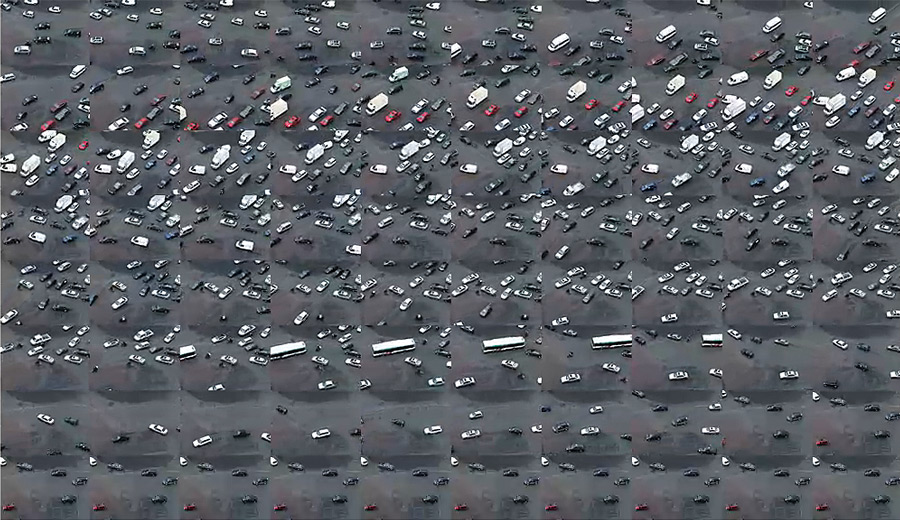 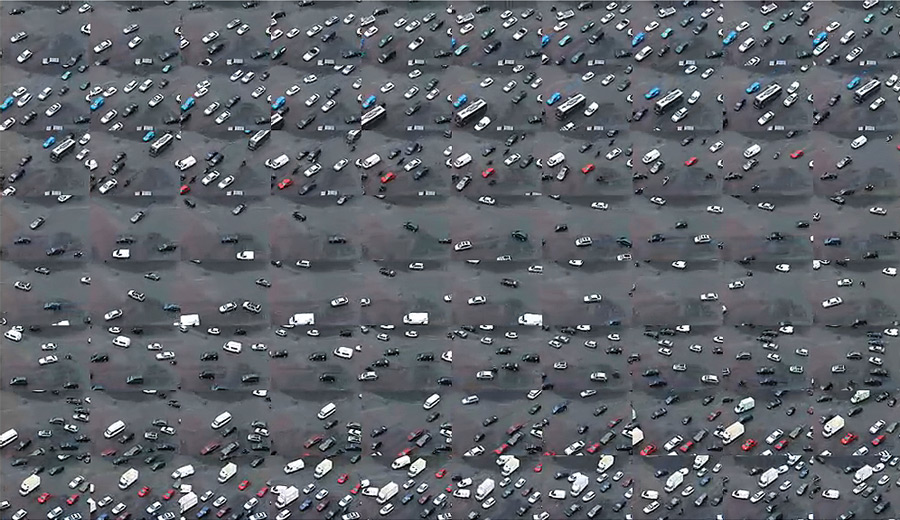 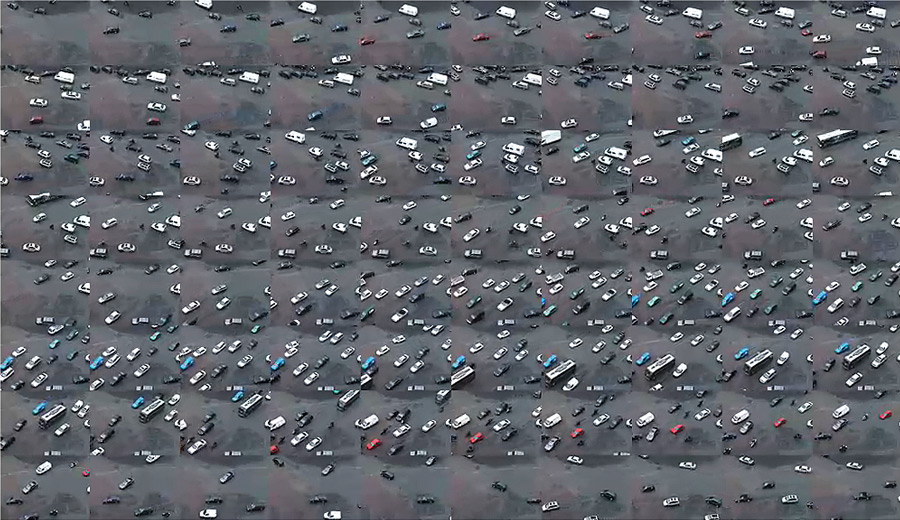 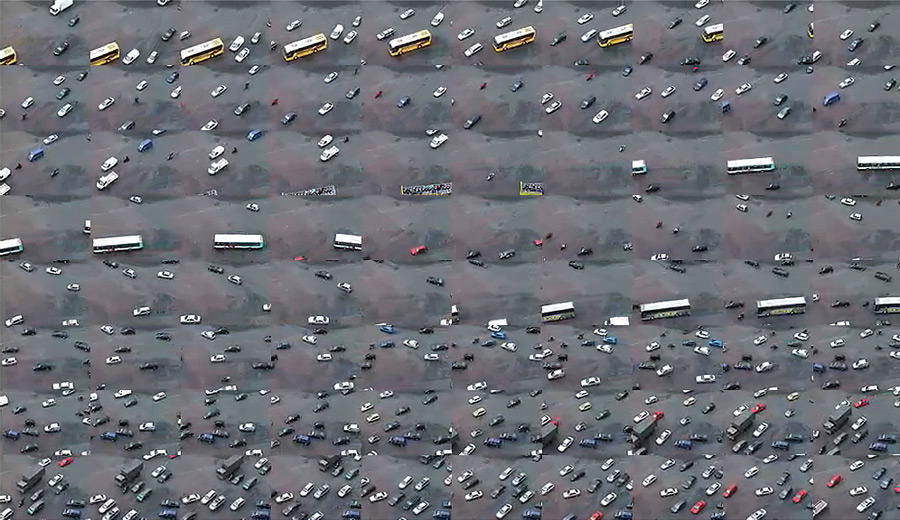 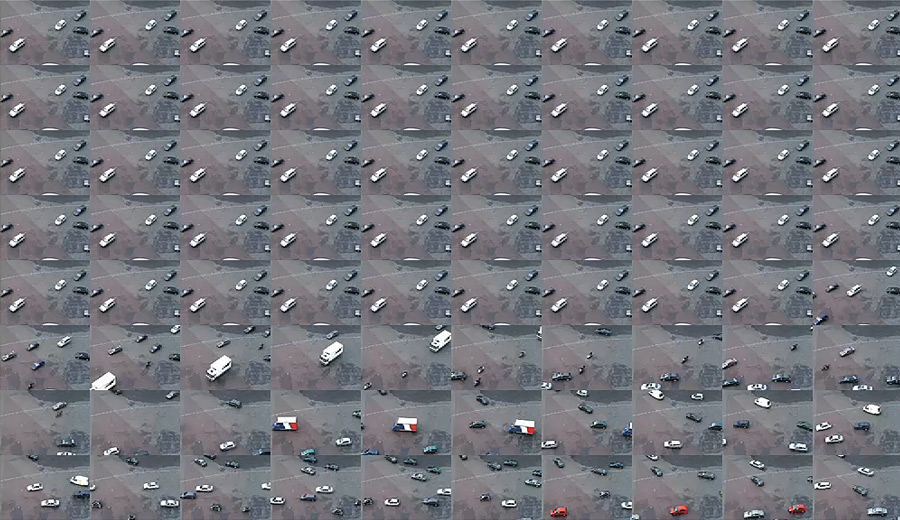 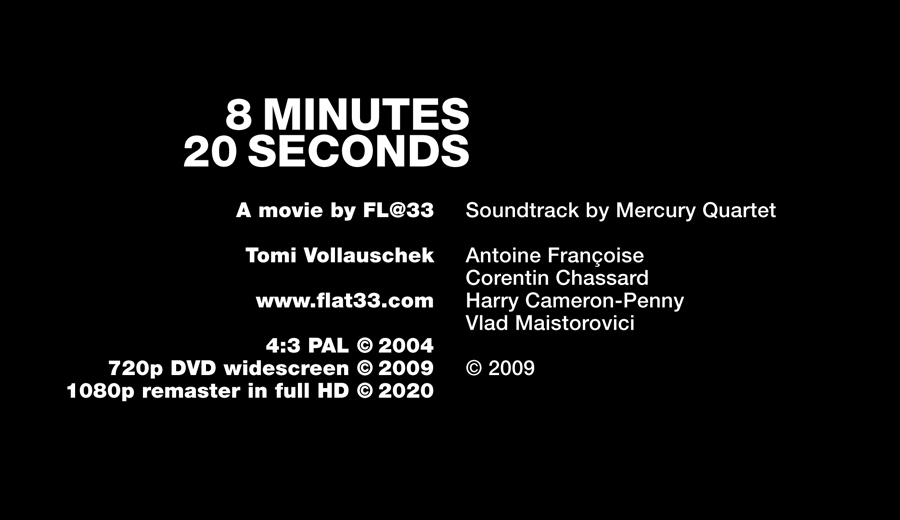 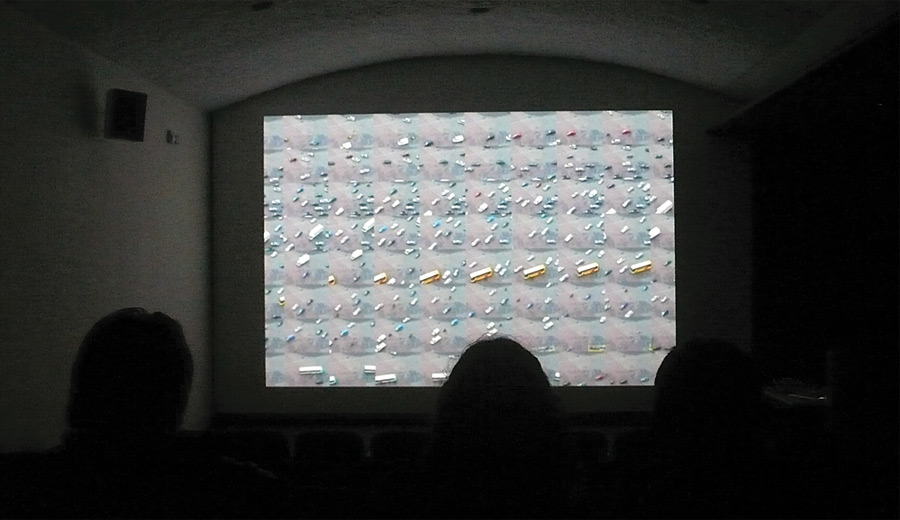 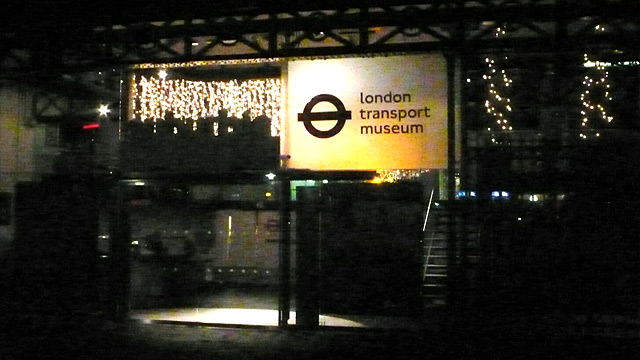 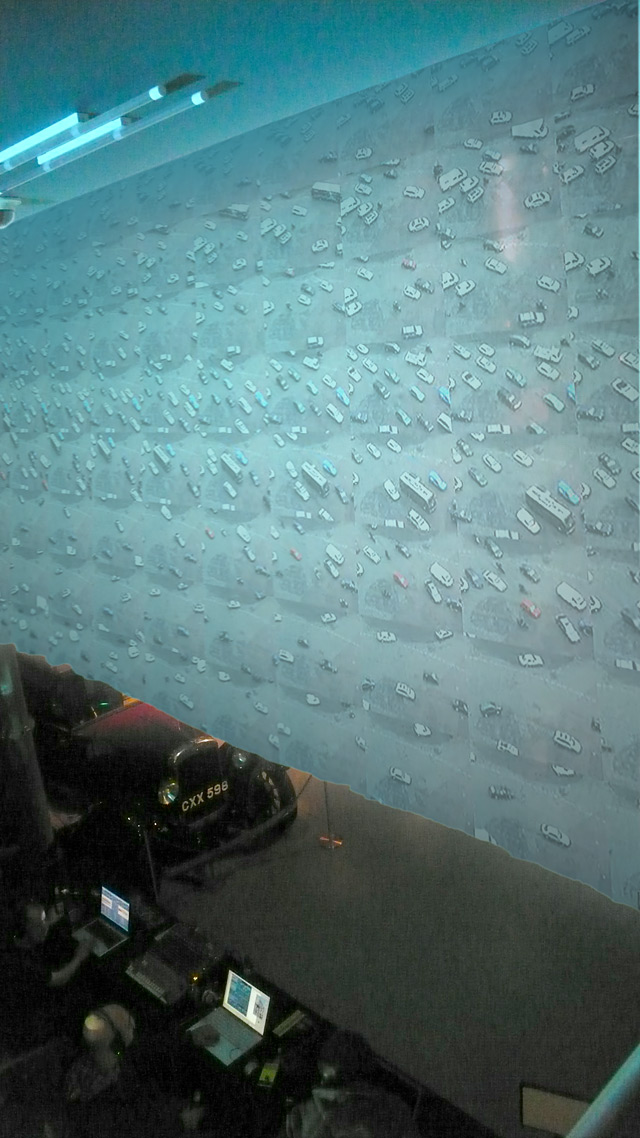 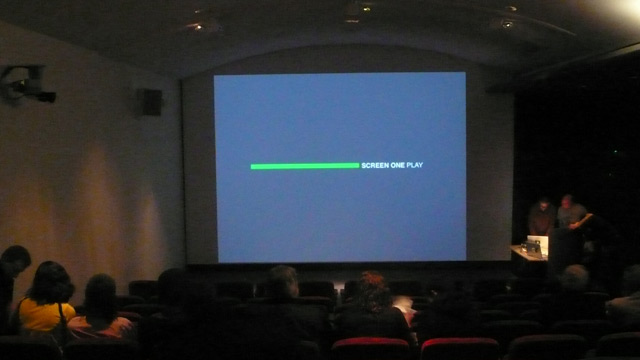 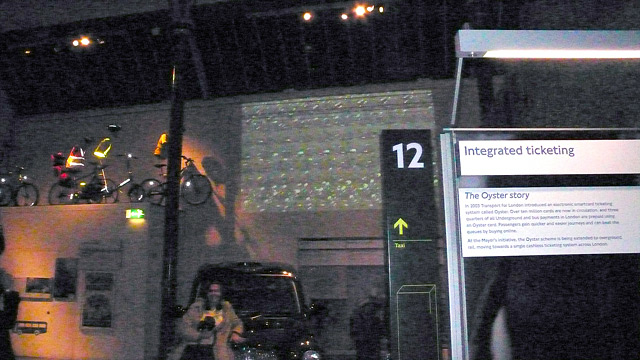 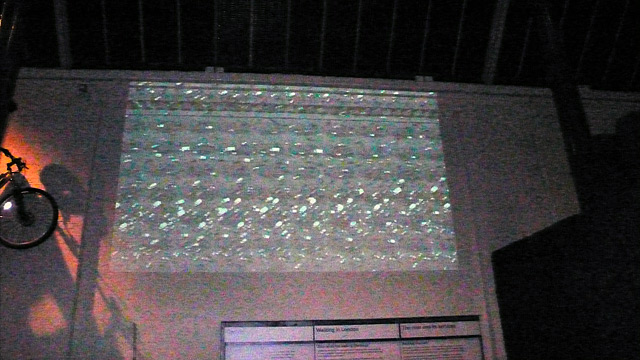 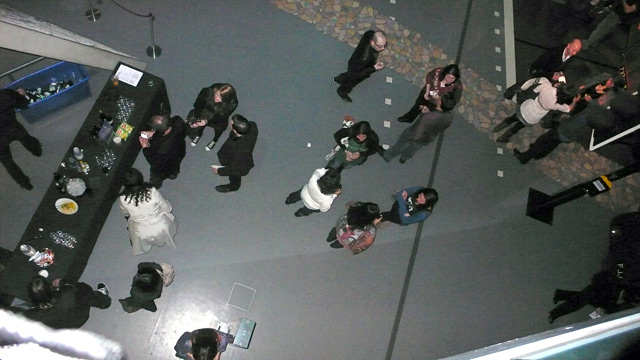 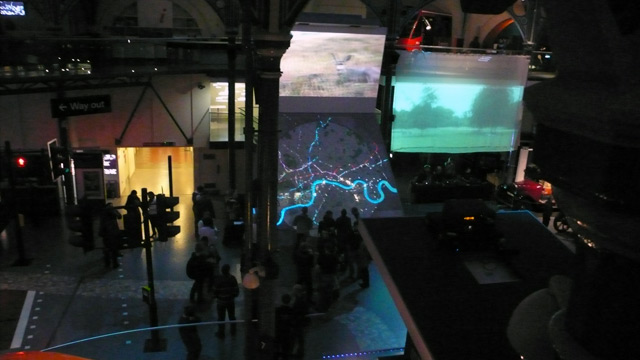 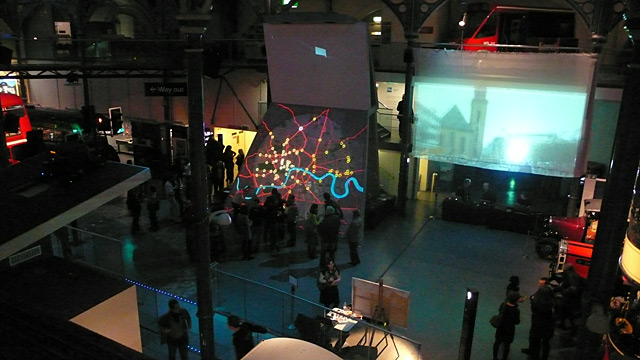 December 10th, 2019 — We are very happy to announce that FL@33's Tomi Vollauschek has been appointed for a 5th year running to be visiting lecturer as part of a 2020 design residencies at ECV Lille in January and ECV Bordeaux in February – for the first time in both French cities within one year.
___ Tomi will run a 5-day master class workshop in Lille and workshops for graphic design students from year 2 and 3 in Bordeaux where he will also give an evening lecture. See details in our Exhibitions etc section and documentations of previous workshops and design residencies here.