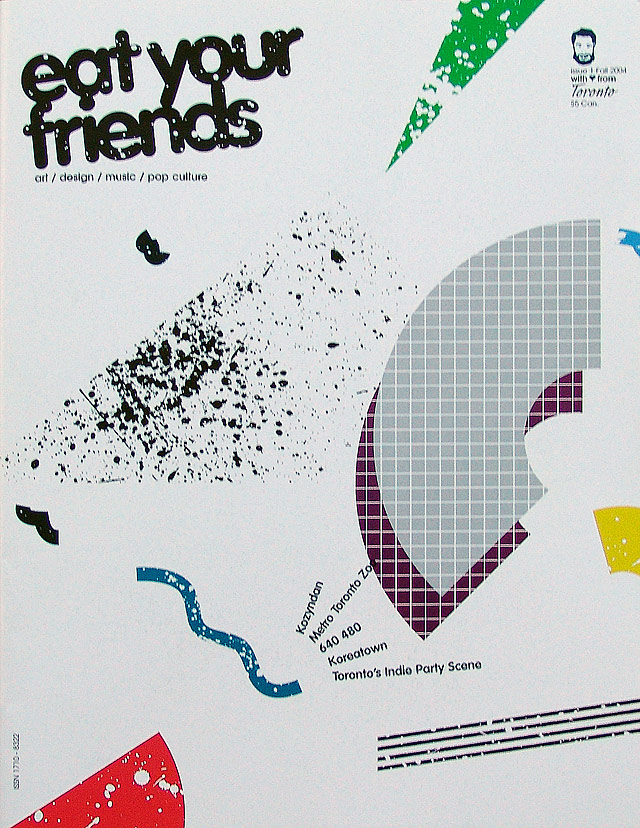 EAT YOUR FRIENDS | WEB REVIEW: BZZZPEEK
FL@33 presents bzzzpeek! by: Agathe jacquillat + Tomi Vollauschek | If you were to go around the world and comb through children's rooms and thrift stores for See 'N Says®, your collection of sounds would still be no match for bzzzpeek.com. Here you can explore the many different ways that children of different cultures express animal and vehicle sounds. What makes this site truly interactive is the opportunity for users to contribute sounds as well. Look out Fisher-Price®... 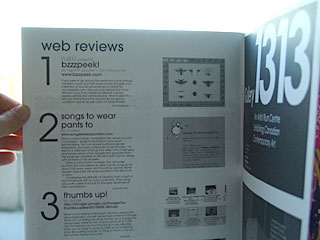 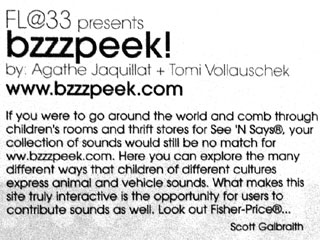