AUDIENCE
The audience is  placed in the middle of the room within a pre-marked area on the floor.

VISUALS
Slide projections in irregular intervals, projected onto phosphorescent material leaving after-images on the glow-in-the-dark screen that are fading away in the darkness – followed by new slide projections. Some of the slides spell – letter by letter – the word M-E-M-O-R-Y. By the time letter 'Y' is projected onto the glow-in-the-dark screen the first 'M' is almost gone.

INTRO: MENTAL IMAGES
Most people are able to form 'Mental images' of faces or of scenes from the past. These images form the content of dreams, both when awake (day-dreams) and when asleep. Since these images occur without the presence of the faces and scenes they represent, they must be formed from information contained in the memory system. 'After images' occur when the sensory effects of a stimulus is removed. 'Imagery' can occur in all the forms in which the original sensations were experienced: It is often possible to relive a particular experience such as swimming in a pool, hearing and feeling the water, smelling the chlorine, and even imagine the sensations of muscular activity involved in swimming.

SMELL
After 4 minutes and 30 seconds – in complete darkness and 30 seconds before the end of the performance – the room is suddenly filled with the smell of chlorine (filled into a bucket) shortly before two 1000 watt light bulbs start to blend the audience – just to go off again after only 3 seconds – leaving the audience with the after-images of their own fading silhouettes shown on the phosphorescent material while the smell of chlorine is also fading away. At least theoretically – in an ideal environment with plenty phosphorescent material everywhere. With the little screen afforded within a rather limited budget – there were no silhouettes to be seen in those final seconds – but at least two fully glowing screens and a blended audience nonetheless. 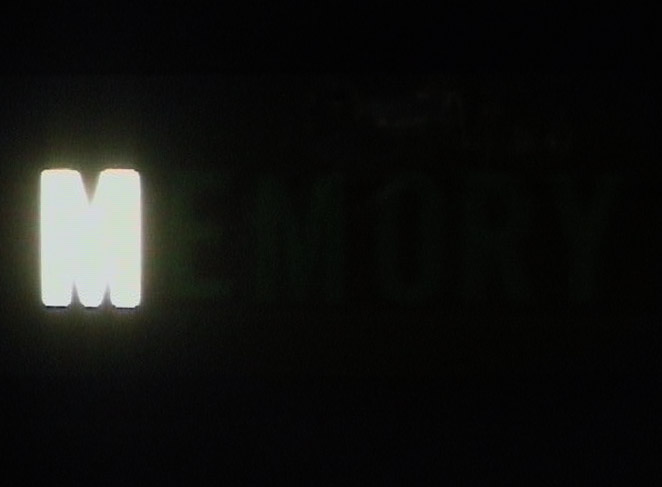 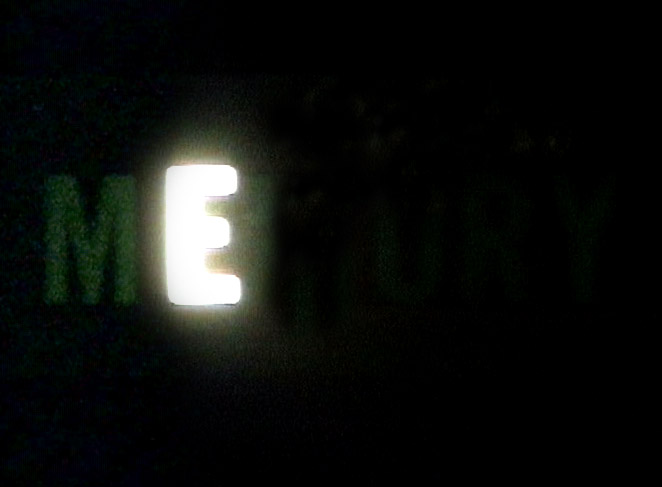 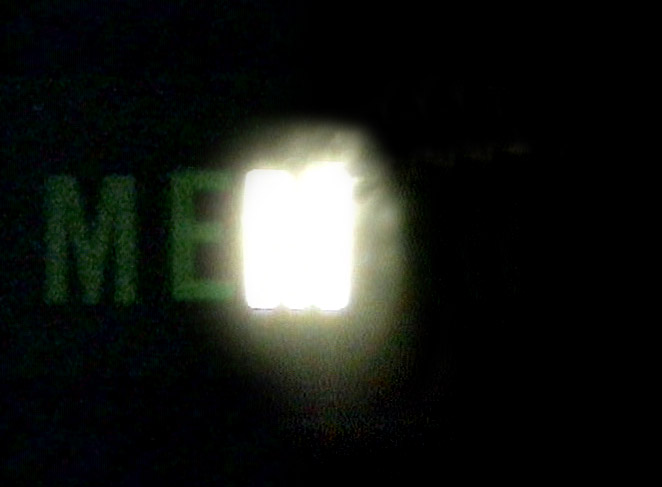 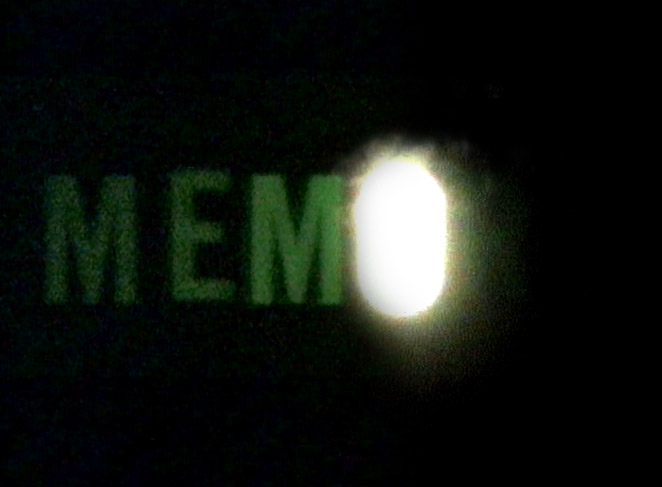 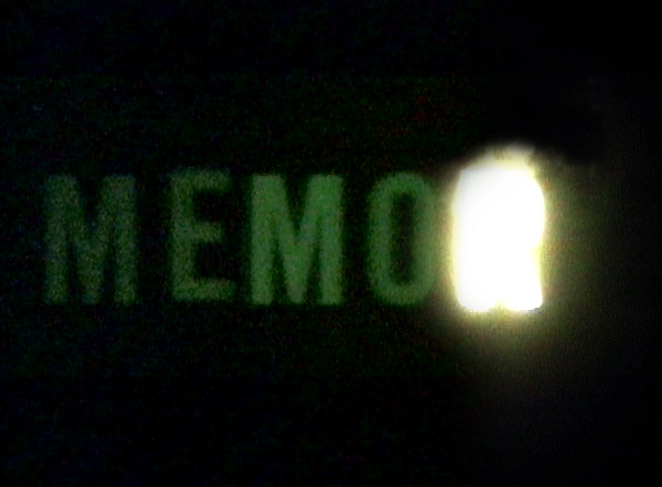 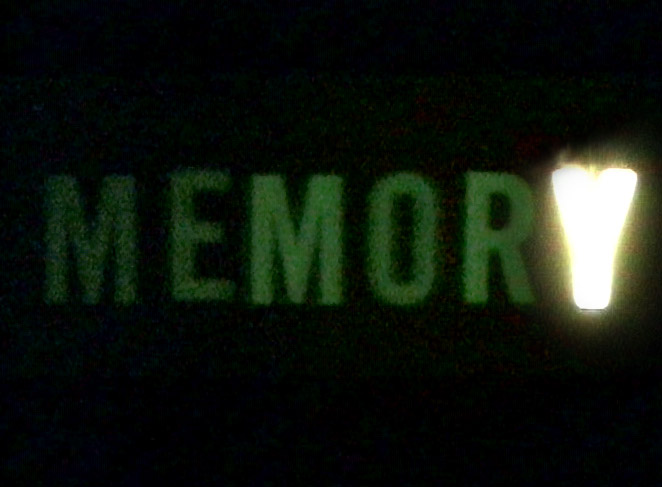 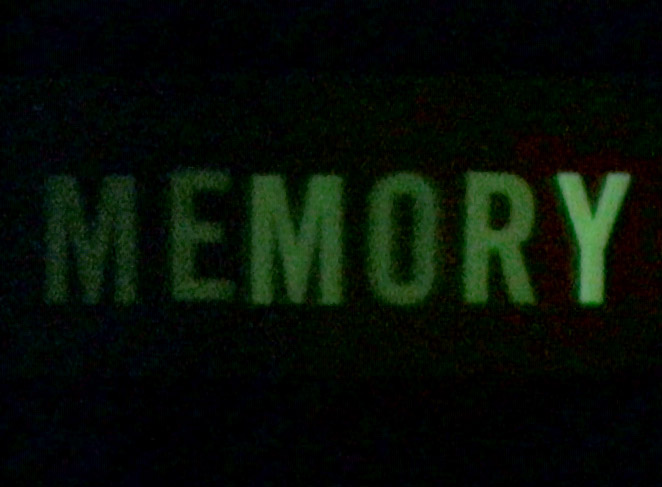 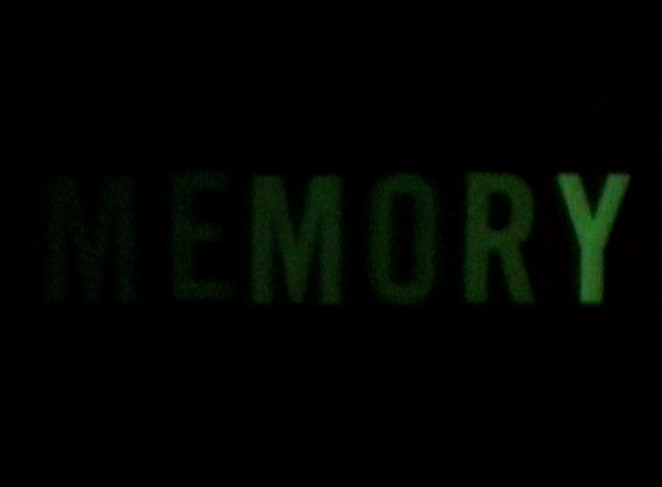 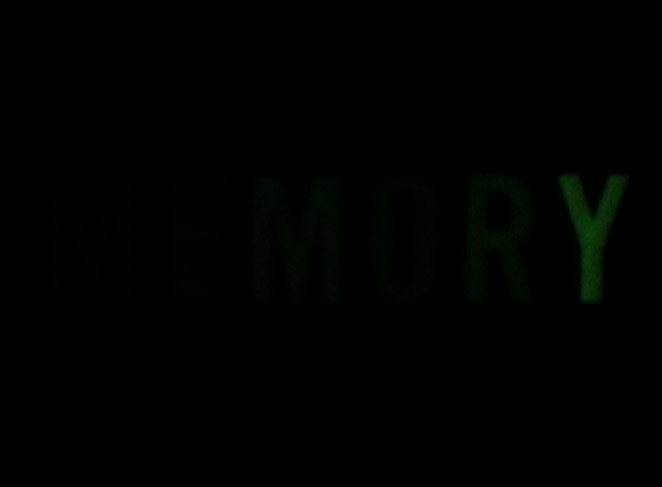 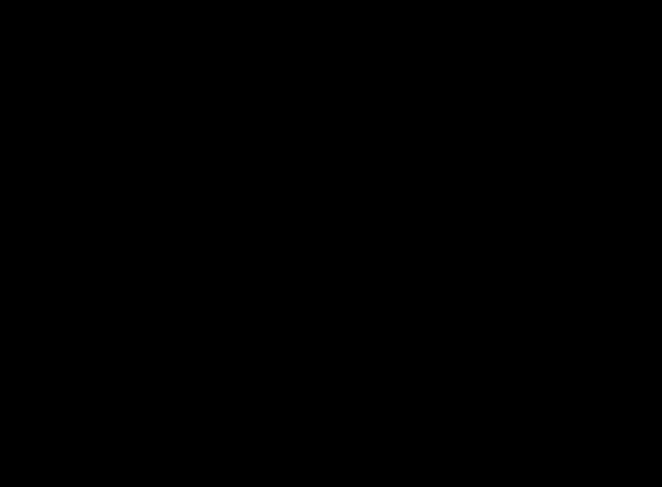 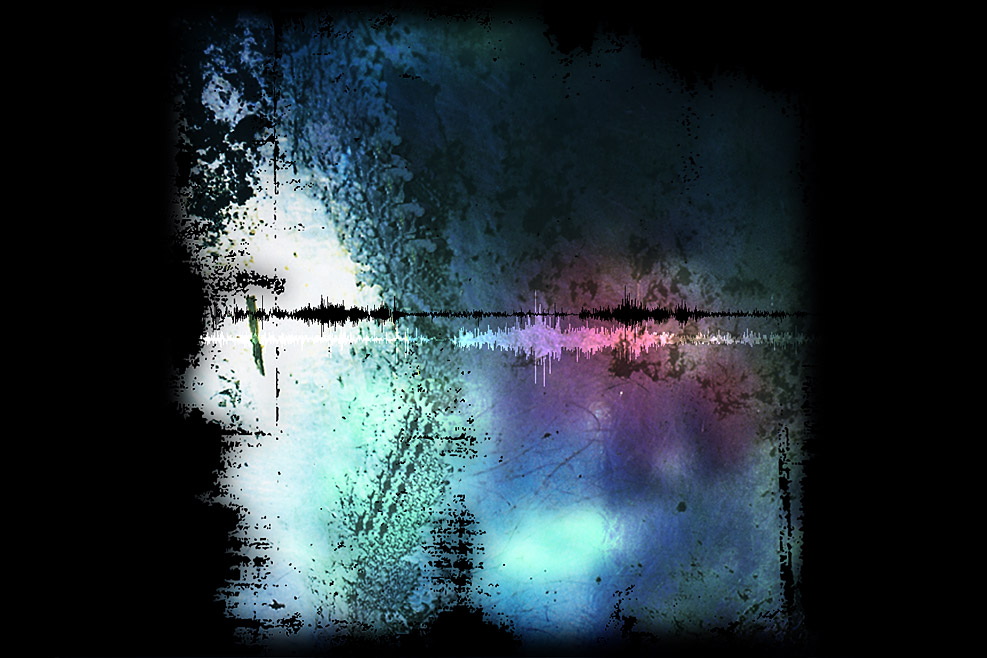 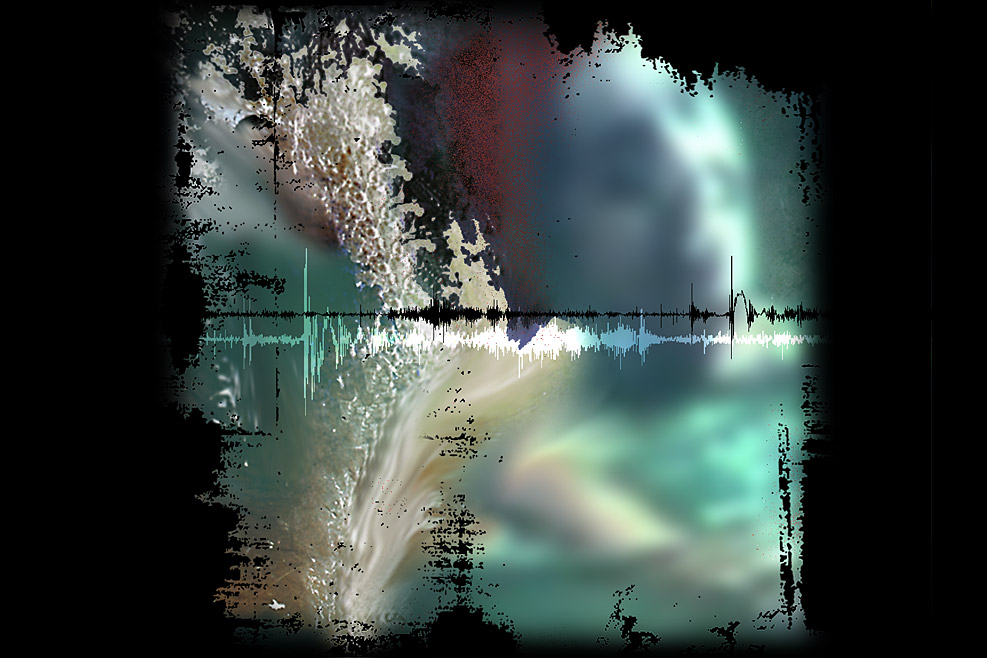 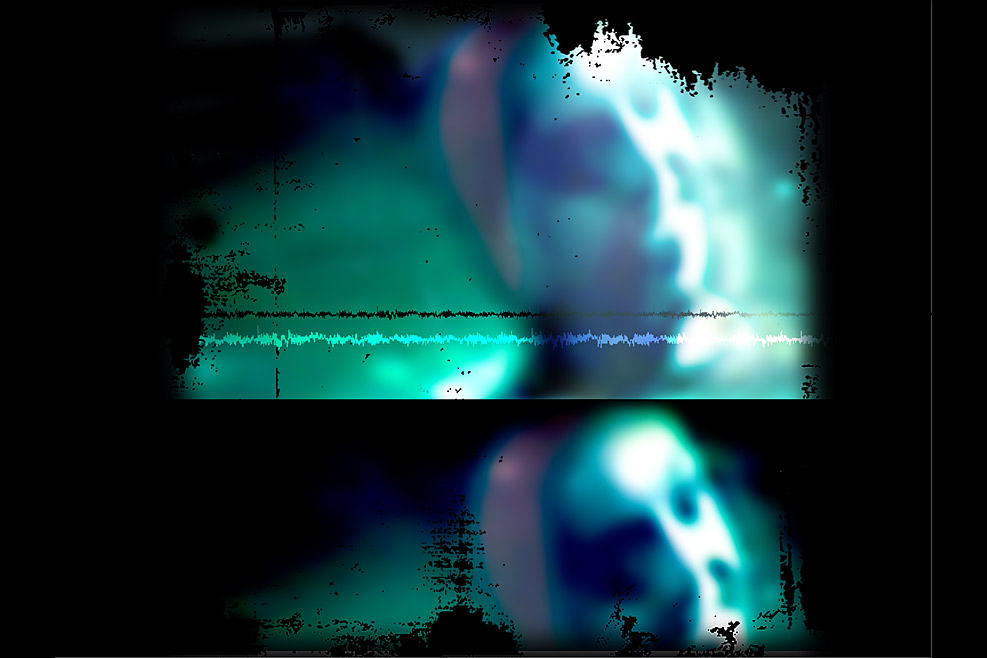 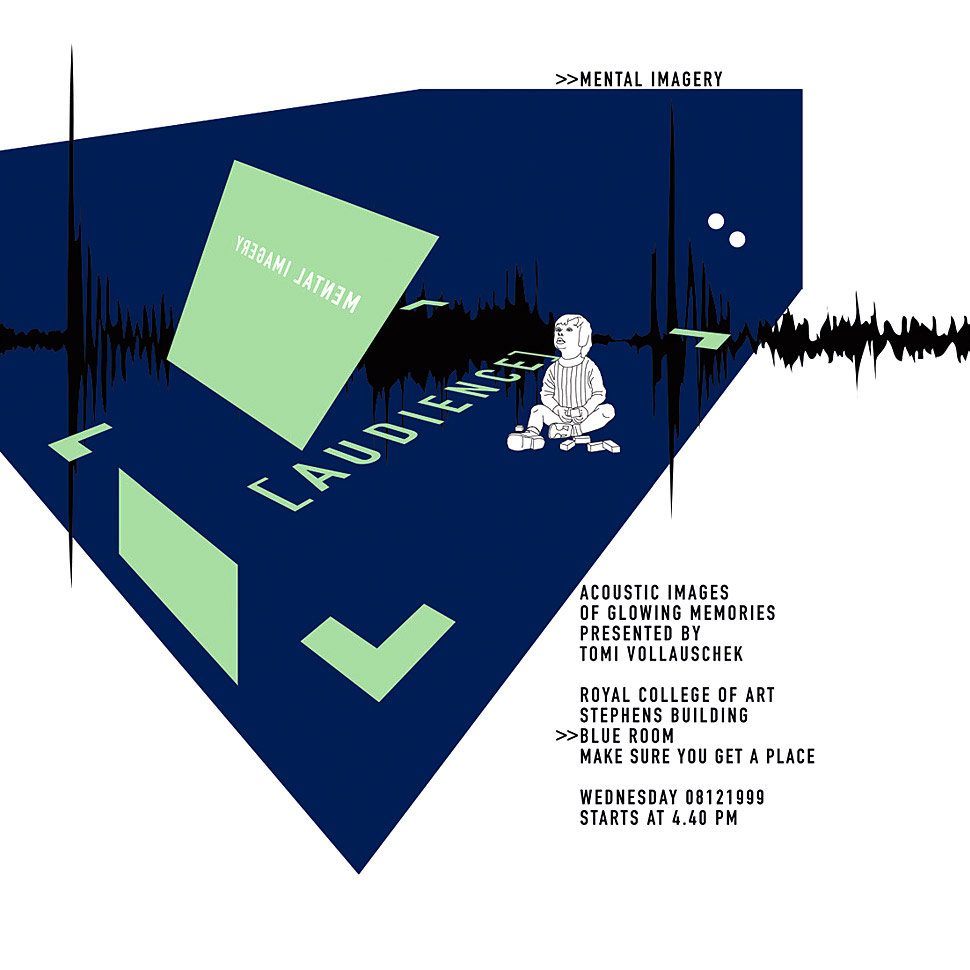 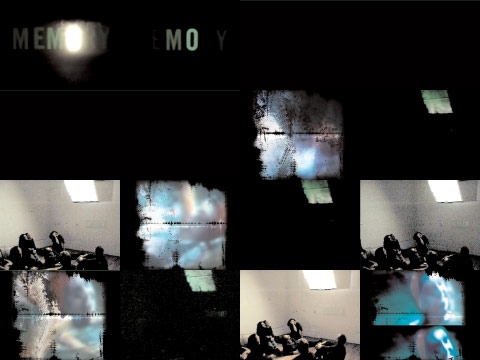 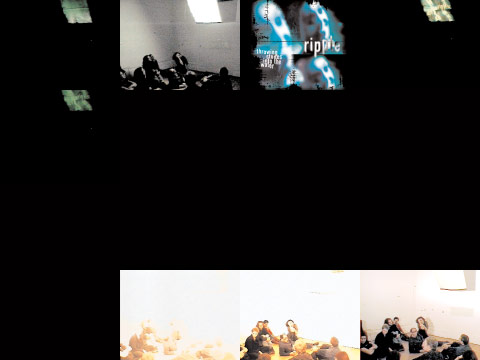 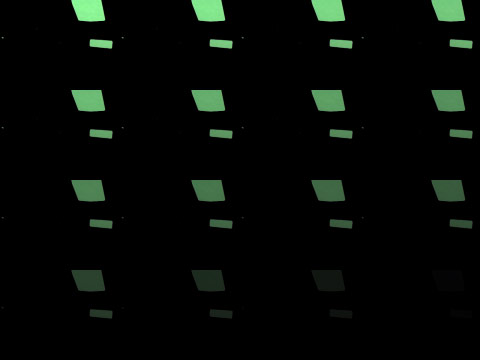